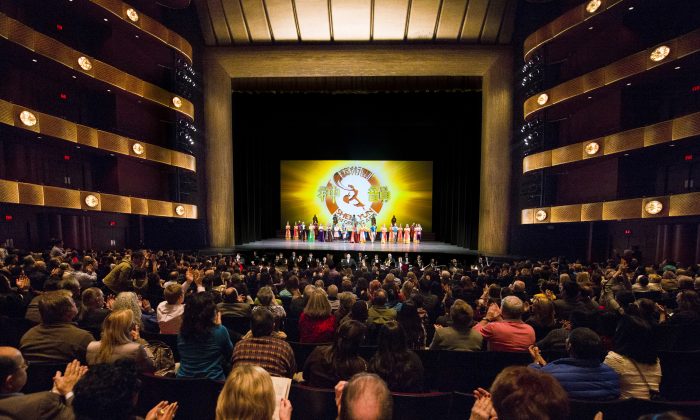 He takes inspiration from arts and culture, and was keen to watch the remaining half of the performance. “I’m sure I’ll think all night,” he said.

The New York-based Shen Yun performed this Wednesday at the Lincoln Center’s David H. Koch Theater, where Mr. Gomez attended the evening performance. The company formed in 2006 with the mission to revive traditional Chinese culture “through the universal language of music and dance,” reads the Shen Yun website.

Shen Yun costume artists use bright colors while stressing harmonic balance and contrast to showcase “an authentic presentation of the attire that comes from China’s divinely inspired traditional culture, and a consummate stage effect,” according to the website.

There was an aspect of feminine beauty that captured Mr. Gomez’s attention.

“The scarves are beautiful, it’s a great theme throughout the whole show for the women,” he said.