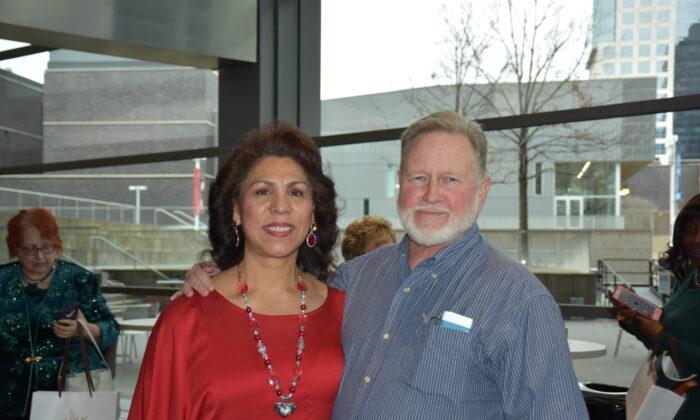 DALLAS—Chinese civilization has 5,000 years of history and for most of that time, it was sustained by a core of ethical and spiritual values. Many of these values—truth, justice, humility, kindness, and belief in the divine—are universal.

The mission of New York-based Shen Yun Performing Arts is to revive these values, which have nearly disappeared in China under communism.

Audience at the matinee show at Dallas’s Winspear Opera House on Jan. 25, 2020, were impressed with Shen Yun’s artistry: the choreography and skill of the dancers, the intricate, colorful costumes, the music, and the humor and poignancy of the narrative dances.

AJ Sanchez, a production manager for an industrial company, said the performance was “more than what I was expecting” and explained that he appreciated the message of hope, the synchronicity of the dancers, and the touches of humor and the history.

He particularly liked the story, “The Miraculous Flute,” where a licentious official learns not to mess with Taoist magic.

“That was very good because it had some comedy in it,” Sanchez said.

Jeff Cattorini, a physician who saw the performance with his father, called it fantastic, unforgettable, and spectacular, and said he would tell his friends it’s “a once in a lifetime experience.”

His particularly like the pieces “Lantern Grace,” where female dancers dip and twirl with lanterns balanced on their heads, and “Water Sleeves,” where their very long silky sleeves glide gently, gracefully through the air.

“They move and you can’t even tell that they are moving—you don’t hear a sound. I mean [they are] are dancing and touching the floor and it’s like they are floating on air,” Cattorini said.

“I tell people they need to come … It’s a lot of fun and beautiful,” he said

He enjoyed the all-new performance this year.

“I like how they changed it each time,” he said.

Another father, Dan Powers, a contractor with Lockheed-Martin, also brought his daughter and said he appreciated historical experience for her. This was his first time to see a performance he was impressed.

“The quality is spectacular. It is ten-by-ten, outstanding, outstanding performance,” he said.

This was the third performance for an accountant, Aaron Bohot, but even so, he said he would just tell friends to come instead of trying to describe what was in it.

“I don’t know if any description I would give would do it justice,” he said.

Having grown up surrounded by music and playing piano, guitar, and harp, Bohot said he appreciated the music, and enjoyed some of Eastern instruments–the two-stringed erhu and flute-like pipa—featured in solos and in the orchestra.

“I thought that was beautiful,” he said.

“I was in awe,” Sanchez said of the performance, which he said left him with a feeling of hope.

“There’s hope in this world and … it doesn’t matter what religion you are or whatever it just is hope,” he said.

He said this hope is connected with spiritual values.

“The biggest takeaway was …, I want to say spiritual …, again hope for mankind, just being kind to one another and all that stuff, that’s what I took away from it.”

He would like to make it a tradition to see Shen Yun:

“We’ll probably make this a tradition, we’ll probably come here and see it every year because it was very enjoyable,” he said.

Shen Yun is actually a U.S.-based company. It was founded in New York in 2006 by Chinese artists who were concerned about the subversion of the arts and culture under China’s communist party. Although the company’s seven groups travel globe every year, they have never been to Mainland China.

“For thousands of years, traditional art forms such as music and dance have been integrated into Chinese life, expressing benevolence, beauty, and many other virtues. But today’s arts emerging from China are infused with [Communist] Party Culture, and it is evident both overtly and covertly,” the Shen Yun website explains.

“Shen Yun performances bring back these traditional values that have sustained and created cultural expression for so many generations. The mere representation of this lost heritage and its virtues immediately, by way of contrast, unmasks the Party and its ideology of struggle.

This is why the Communist Party fears Shen Yun, and why this kind of performance cannot be seen in China today,” the website says.

With reporting by Amy Hu and Sophia Zheng.