Shen Yun an Ambassador of the Arts in Amsterdam 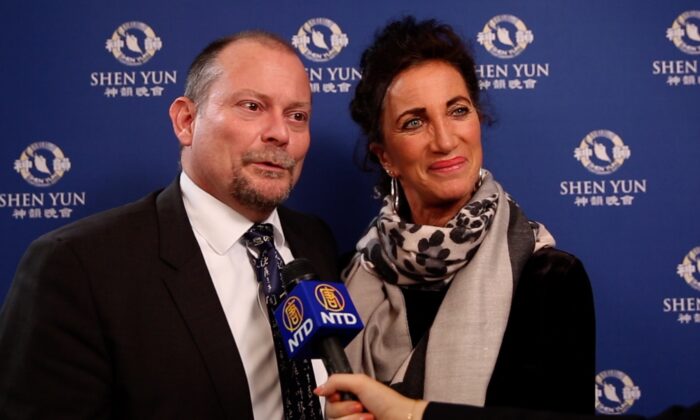 Johan Bakker and his wife Vicky Koelma enjoyed Shen Yun at the Rai Theater in Amsterdam, on Feb. 1, 2020. (NTD Television)

AMSTERDAM, Holland—Shen Yun Performing Arts opened its much-anticipated performances on Feb. 1, 2020, at the RAI Theater, its three performances at the venue having been sold out in Amsterdam three weeks prior.

In the audience were Johan Bakker, manager of a manufacturing company, and his wife, Vicky Koelma. The couple said that through Shen Yun, they witnessed a side of China they never realized existed.

New York-based Shen Yun’s mission is in fact to revitalize the lost arts and culture of 5,000 years—to revive the traditional Chinese culture that has been lost in the last century.

“The performance was terrific, splendid, it was wonderful. I have never seen something that beautiful,” said Koelma. “We don’t hear a lot about China in this way.”

Bakker agreed and felt Shen Yun was an ambassador of such spectacular arts.

The world Shen Yun brings to life is a civilization steeped in spirituality. China was once known as the Celestial Empire, and spiritual faiths such as Buddhism, Taoism, and Confucianism were cornerstones of society. This picture of China is unfamiliar to most, as the communist regime in China has been systematically working to destroy traditional culture since it took power 80 years ago.

The couple was moved by Shen Yun’s beautiful depiction of culture with universal values.

“There is more than what is shown in public [about China] to the world. And the way Shen Yun does it in a performance with music and dance is very extraordinary because it touches your emotions and it brings something special like you never expected until you saw it yourself,” Koelma said.

Shen Yun means “the beauty of divine beings dancing,” and that beauty the artists embodied is what moved Koelma.

“It’s the way in which they moved—it’s like they are almost flying, and with all the fabric that is flying around, it gives a dimension that is extraordinary, beyond,” she said.

Bakker agreed with Koelma’s assessment of the artists’ skill and felt grateful that Shen Yun could present its performance in their city.

“It is an eye-opener to see what would be possible in terms of Chinese arts,” he said.