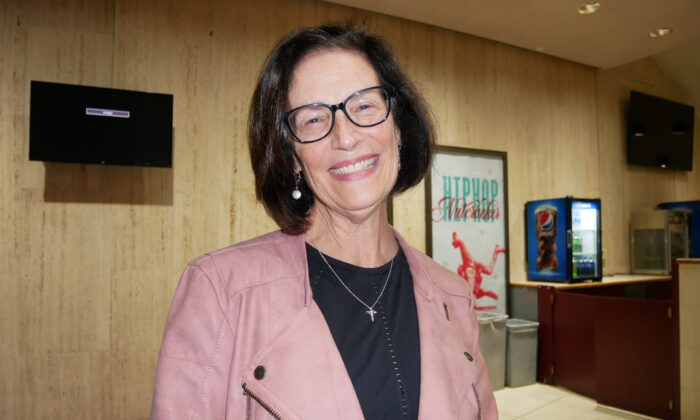 On opening night at Chrysler Hall, international Latin ballroom dancer Elizabeth Morgan found herself moved by the stories of Shen Yun and blown away by the production.

“[It was] so synchronized and it was beautiful with the colors. Everything is so precise.”

One of the characteristics of classical Chinese dance is that it’s choreographed in groups. In ancient times, palace dances could feature hundreds of dancers all moving in sync. On stage, Shen Yun dancers number a few dozen, all wearing richly colored historically inspired costumes.

“It feels like the highest training. And the invention of the dancers disappearing and then coming back out of the set; I’ve never seen anything like it—it was chilling,” Morgan added.

One of Shen Yun’s hallmarks is the visual effect of extending the proscenium via a patented digital backdrop timed to give the illusion that the dancers fly away into celestial paradises or onto faraway cliffs—an apt device for depicting legends from ancient China. It also allows the performers to tell some poignant true stories about today’s China.

“I just love the music, the scenery, the colors—everything about it is just so beautiful. And I love to experience a bit of the Chinese culture.”

Chinese dance is similar to ballet in that it has a vast repertoire of movements, but it incorporates diverse elements of Chinese martial arts, acrobatic turns, and folk elements from China’s various regions.

As a ballet dancer, Jones especially appreciates the planning and training that went into the production.

“The coordination, the precision—everything is so detailed and perfected,” she said. “All the elements come together and create this beautiful [experience]. And I love it.”

She recommends the performance to others.

“It’s very enriching,” Jones said. “You look at it and it pleases your eyes immediately.”