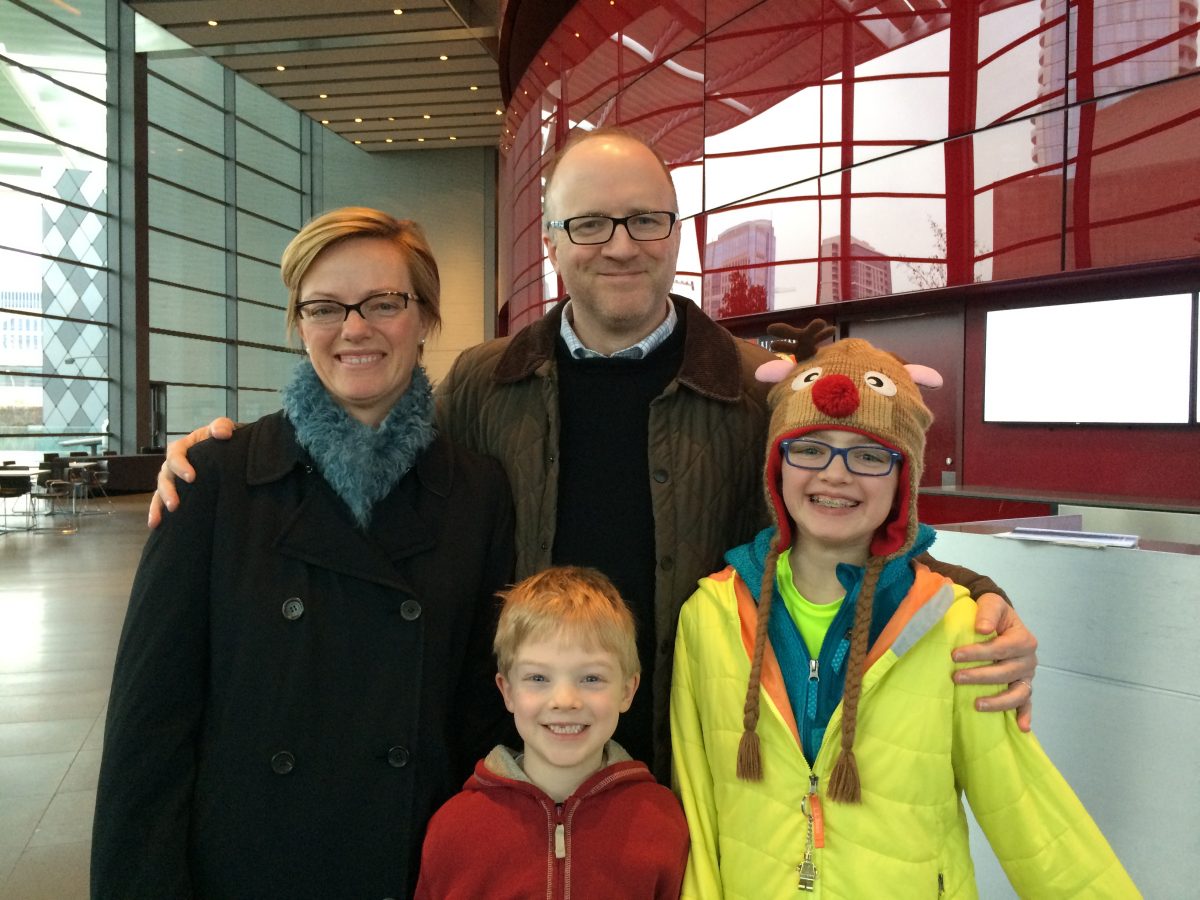 DALLAS—The hundreds of brilliantly colorful handmade costumes in Shen Yun Performing Arts dazzled the eyes of Jeff Doherty and his family, and the unique sounds of traditional instruments blended with a symphonic orchestra in the performance delighted their ears.

“Phenomenal costumes, phenomenal dances. It was a beautiful show,” said Mr. Doherty, after the family saw Shen Yun’s final performance at the Winspear Opera House on Jan. 11. Mr. Doherty is the senior director of corporate development, and mergers and acquisitions for a large corporation that makes personal care products.

Founded in New York in 2006, Shen Yun’s mission is to revive China’s 5,000 years of traditional culture. Classical Chinese dance is at the heart of Shen Yun performances, but the company also features a few folk and ethnic performances from different parts of China in its program each year.

The Shen Yun Orchestra, which combines both classical Western instruments with traditional Chinese instruments, was another highlight.

They particularly liked an instrumental solo performed on the erhu, a highly expressive, traditional two-stringed instrument known as the Chinese violin.

“It was beautiful. It’s amazing that two strings could make that kind of music,” Mrs. Doherty said.

The performance also piqued their curiosity to know about China’s spiritual traditions. Mrs. Doherty said that even though she did not know much these traditions, she enjoyed the themes she saw.

“I enjoyed hearing the different aspects of the compassion and acceptance. I thought that was very nice. Nice themes to live by,” she said.

Mathilde, the daughter of Mr. and Mrs. Doherty, said she found Shen Yun “awesome.” She particularly liked the turquoise and white tunics with golden trim worn by dancers in a Mongolian chopstick dance, and the elegant pink and green and purple costumes worn in the classical Chinese dance Courtyard Elegance.

She also enjoyed all of the dance stories in which Shen Yun dancers retold ancient legends and stories from classic Chinese literature—weaving magic, divine intervention, and humor together in a performance that was entertaining for all ages.