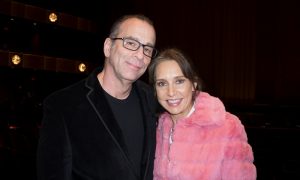 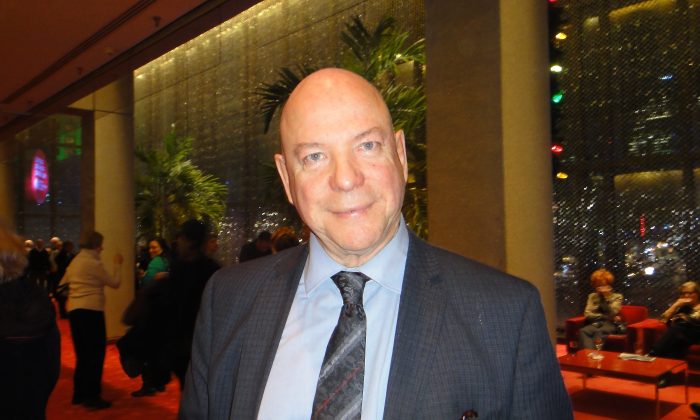 MONTREAL—Gilles Charest has a history of helping people and organizations reach higher levels but on Friday, it was his turn to be elevated.

Mr. Charest is the founder and president of Sociogest, one of the oldest sociocracy consulting firms with an international network of consultants in French-speaking countries, the United States, and Holland. It specializes in management training and organizational development.

Mr. Charest didn’t quite know what he was in for when he came to Shen Yun Performing Arts at Place des Arts on Jan. 9.

The classical Chinese dance company, Shen Yun, was founded on a mission to revive China’s divinely inspired culture, a heritage rooted in Buddhism, Taoism, and Confucianism.

The result: A performance of spiritual depth that can have a profound impact on audiences, described Mr. Charest.

“It’s graceful and something that brings our soul higher,” he said.

“I’m feeling very great and grateful to be here.”

Shen Yun was born out of a wish by overseas Chinese artists to restore and revive Chinese traditional culture. It’s a culture that has suffered near total destruction after several campaigns by the Chinese Communist Party since it came to power 65 years ago. Notably, the decade-long Cultural Revolution that started in 1966 uprooted traditional beliefs and destroyed ancient treasures like temples, books, and paintings.

The result of Shen Yun’s efforts to, not only breathe new life into the traditional culture, but bring its spiritual essence to the forefront is a performance that Mr. Charest said combines fantasy and deeper yearnings.

“It is like a mix of fairy tale and strong spiritual emotion,” he said.

“Through this dancing, it touched me very much.”

Classical Chinese dance has preserved Chinese traditional culture for thousands of years. Passed down in imperial courts, theatres and among the people, classical Chines dance has been been enriched dynasty after dynasty. It is a dance form with tremendous inner meaning.

Mr. Charest noted the energy the dancers brought to this art.

“The dancers were fantastic and the last dance was really amazing.”

That last dance, just before intermission, was Snow-Capped Celebration, a Tibetan dance performed to a zestful song.

“Lots of energy and I’m in contact with the Tibetan aspect,” said Mr. Charest.

He was also impressed with Shen Yun signature backdrop, a digital projection that gives each dance a vividly animated setting.

“That’s fantastic, very amazing, very spectacular. I like it very much,” he said.

“Tomorrow I will fly to Europe and I will bring with me this marvellous dancing experience.”