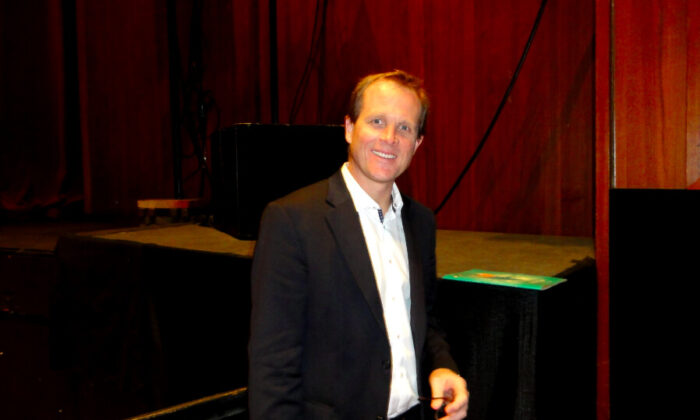 NORFOLK, Va.—Despite China’s growing presence in the world, few people are familiar with traditional Chinese culture, which lies at the heart of that ancient country but was almost lost at the hands of the current communist regime.

Experiencing and learning about authentic Chinese culture is one of the reasons orthopedic surgeon Chad Manke attended Shen Yun Performing Arts‘ opening night at Norfolk, Virginia’s Chrysler Hall on Feb. 25, 2020. In his eyes, the performers delivered a performance that was more than great.

“I’m not as familiar with the Chinese culture or the spiritual aspect. You know, growing up in the United States, I don’t get as much exposure to it so I’m trying to get exposure to it today,” he added.

To Manke, the performance’s beauty lay in, “the whole combination,” he said. “Very graceful in their moves and excellent music.”

New York-based Shen Yun is on a mission to revive traditional Chinese culture through the highly-expressive art form of classical Chinese dance. The artists utilize this ancient form to tell intricate and inspiring stories and legends from throughout China’s 5,000 years of history and to portray soul-stirring scenes from modern China.

“I thought [Shen Yun’s dancers] were great. It was a nice blend with the dancers. My daughters were dancers so it’s nice for them to see this culture and see the mix of the dancing and the music. And just the wonderful expression,” he added.

“I think [Shen Yun’s musicians] are also amazing,” Manke said. “Putting it all together and having the live music with the live show, it’s great.”

Menke has personal experience with such music—he played the trumpet for many years.

The doctor commented on Shen Yun orchestra’s unique blend of Western-style compositions with Chinese instruments and melodies. “I thought they matched very well and they mixed very well.

“The Western instruments and the Chinese instruments, they mix very well. The director’s keeping it all together and doing a wonderful job.”

To his medical and also musical friends, to family and colleagues, Manke said he would describe Shen Yun as “a blend of beautiful dance and beautiful music with a very nice Chinese culture.”

Overall, Manke considered Shen Yun “very powerful” and said that he absolutely felt energy come off the stage from the performers.