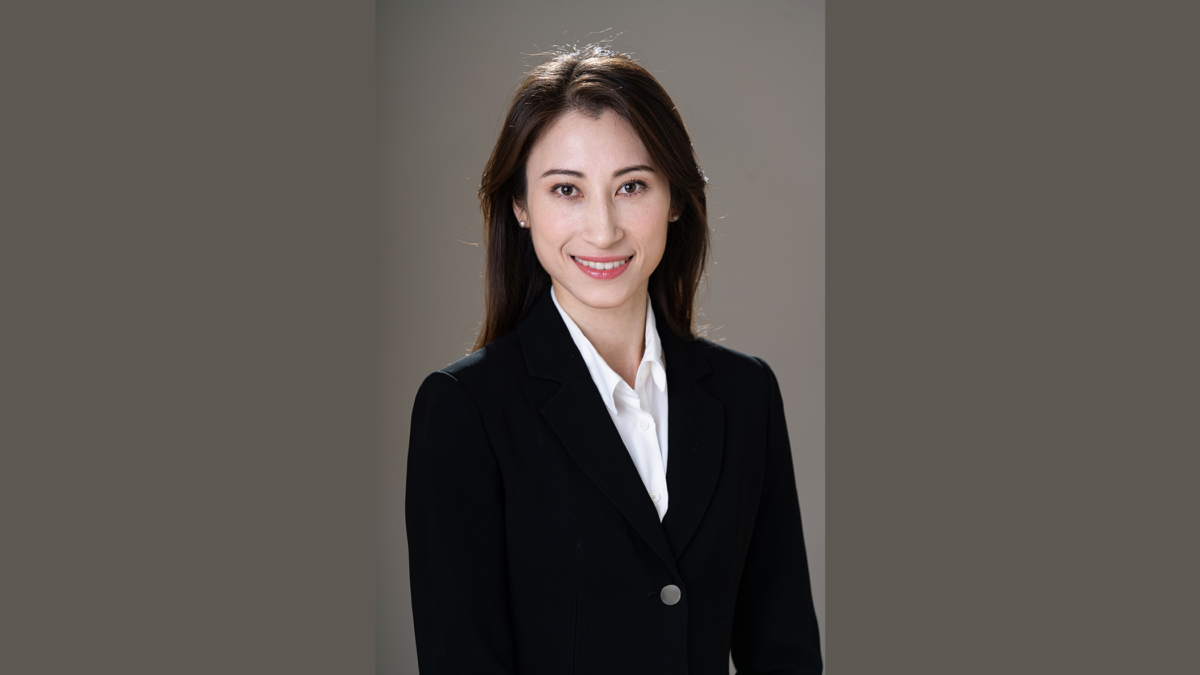 Rachael Yu Ming Bastick is a dancer full of grace. In 2010, she placed first in the NTD International Classical Chinese Dance Competition, becoming an exemplar in an art form that has quickly fascinated the world.

Bastick then became a principal dancer with the renowned Shen Yun Performing Arts, the world’s premier classical Chinese dance and music company, which tours the world each year.

“After a dance piece, I would change from my dance costume to my dress for the vocalist solo, and after singing, I would immediately change back and dance,” Bastick said. This continued for about 100 shows per season for the next four years, until she focused solely on performing as a vocalist.

“People often think that singing and dancing use different breathing techniques, which might interfere with each other. I didn’t think much of it, and I made it work.”

Bastick had always had a gift for singing, but the career move wasn’t a casual one. New York-based Shen Yun includes just a handful of solo vocal performances in its program each year, and its standards for vocalists are incredibly high.

Bastick has become a conservator of two art forms that have been all but lost to the world: classical Chinese dance, a comprehensive form that goes back 5,000 years, and bel canto singing.

Shen Yun is perhaps most famous for revitalizing the art form of classical Chinese dance, a comprehensive system of dance that goes back thousands of years, developing in parallel with the arts and culture of the five-millennia-old ancient Chinese civilization.

But the company is also noted for being a major player in the revival of the traditional singing technique of bel canto.

Bel canto, translated literally as “beautiful singing” or “beautiful song,” is associated with the historical peak of operatic singing. The Italian vocal technique died out by the middle of the 19th century, and today only a fraction of what was known about the technique is still passed down.

If Bastick had been formally trained as a singer before performing with Shen Yun, she would have learned to sing the way many other conservatory students sing, and then—like some of her vocalist colleagues—she would have had to completely change her understanding of vocal production to meet Shen Yun’s very traditional, orthodox bel canto requirements.

But since she was with Shen Yun from the start of her vocal career, Bastick received training in bel canto from the ground up. She studied under Shen Yun Artistic Director Mr. D. F., a master in the authentic bel canto technique.

“The real bel canto tends to be rather ‘exterior’ [in positioning]—by which I mean it focuses on clearly enunciating the words,” Bastick said. There’s much emphasis on voice position, and “the more exterior the better,” she said. Such technique helps the voice extend outside the body, maximizing the sound the audience hears.

By contrast, modern methods of teaching bel canto style tend to focus the voice near the back of the mouth, building volume and depth from this more interior position. With this technique, the voice can sound very full and loud to the singers themselves, but less clear and loud to the audience.

As such, another difference is that while singers generally put great emphasis on the state of their vocal cords, this is not the case for Bastick.

In fact, she shared a story about how, when she lost her voice during the early days of learning bel canto, instead of resting her vocal cords, she discovered it was a great opportunity to find the “correct position.”

“Because I’d worn out all the wrong positions, it was a good time to find the right position for my voice,” Bastick said.

Through trial and error and much practice, Bastick built her technique. She found that the technique itself was much more than physical, as it required tapping into her heart and mind.

“It’s your imagination,” she said. “It’s how to submerge [into] and concentrate on that realm, and ‘stare’ at that [voice] position.”

In her many years of studying voice and performing, Bastick has found that in addition to mastering one’s technique, an artist must keep a pure mentality, reflecting one’s character and spiritual state. Elevating one’s moral standard becomes essential to becoming an excellent artist.

Bastick believes there’s a divine nature inherent in music. In ancient times, music was dedicated to gods, used in ceremonies, and acted as a sacred bridge between humans and the divine. Artists were naturally responsible for purifying and nurturing the souls of the people, and such songs were delivered “with much stronger energy, [which could] that much more positively move audiences.”

The artists in Shen Yun are spiritual cultivators, too. Bastick follows the practice of Falun Dafa, also known as Falun Gong, which teaches the three universal principles of truthfulness, compassion, and tolerance, and five meditative exercises.

“Our cultivation demands our devotion to mind and moral improvement,” she said. “And the meditation and exercises help to better our minds and mental states.

“Conveying one’s feelings and emotions is not our goal. All of the songs in Shen Yun performances were written by our artistic director. The lyrics often mention the Creator, Heaven, and gods. People are reminded not to forget God, and to be kind, and there’s also a warning that the Communist Party’s atheism is harmful.”

Bastick believes that what moves audiences most in these songs is the lyrics. She says she hopes the messages in the songs inspire people to think and aspire to universal values.

Shen Yun depicts ancient Chinese civilization, a civilization rooted in traditional culture. Its universal values, such as kindness and integrity, are held in high esteem by people the world over—in short, Shen Yun shows the kindness of human nature, and Bastick has seen this resonate with audiences around the world.

She’s heard from theatergoers that experiencing Shen Yun was a once-in-a-lifetime experience for them, and some even said it felt like something they had waited their whole lives for. “Many in the audiences are inspired to be better [people], be kind to others, to live a more meaningful life,” she said.

And in turn, their sincere feelings have inspired Bastick to pursue higher levels in her art.

“I hope to reach a higher level, to be better able to interpret Shen Yun’s songs, and to better convey them to our audiences.”