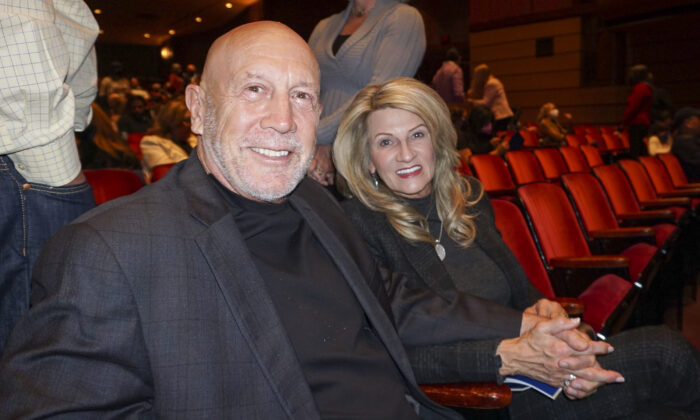 JACKSONVILLE, Fla.—The athleticism of Olympic athletes is unquestionable, but the combination of athleticism and beauty is something not as commonly seen. Paul Shirley, a retired orthopedic surgeon and former doctor of the U.S. Olympic team found that the beauty and athleticism of Shen Yun Performing Arts is incredible.

“I took care of our Olympic team here in the United States—the Olympic gymnastics team and the gymnasts that I saw for eight years have nothing on this beautiful show, so it’s incredible athletics, incredible strength, and incredible beauty,” Mr. Shirley said.

Shen Yun is based in New York and they are dedicated to presenting China as it was before communism to audiences around the world. Mr. Shirley reflected that although the politics in a country can change, the soul of people remains the same.

“They bring up the change and politics, the soul remains the same. Right now we’re in a major transition, and seeing something like this that honors the past while sharing the beauty and the strength of the future for all of us, that’s wonderful,” he said.

When you enjoy something that honors the soul and honors the beauty and people and music, it’s hard not to smile.
— Paul Shirley

He found that a performance like Shen Yun had him smiling.

“When you enjoy something that honors the soul and honors the beauty and people and music, it’s hard not to smile,” he said.

He added that experiencing something like Shen Yun is beneficial to all of its audience members.

“It benefits anyone, and it also gives you hope that we can continue to come together with the music, with the exercise, and with its beauty,” he added.

Shen Yun’s live orchestra features a classical Western orchestra with traditional Chinese instruments like the pipa and erhu being highlighted throughout. The orchestra works closely with the dancers to make sure that they never miss a beat.

“The music is great. It’s nice to have a live orchestra and they can respond to what’s going on, but the regimentation, the timing, the beauty of the music with the dancing is an incredible feat.