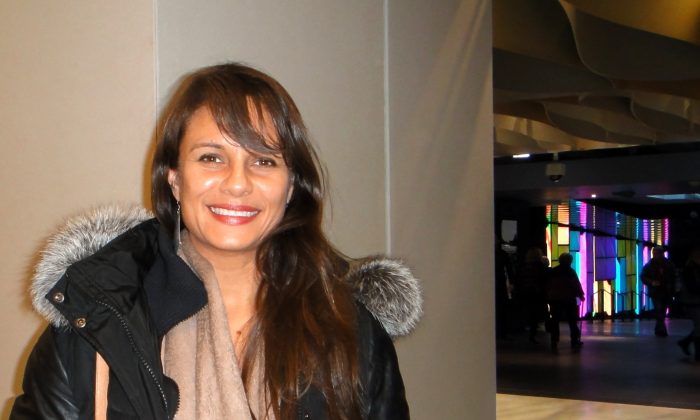 Sorensen felt emotional while she watched “Sleeves of the Tang Palace,” a classical Chinese dance performance in this year’s production. It’s set in Tang dynasty, the golden age of Chinese arts and culture.

“I just remember being very, very moved and feeling, ‘wow, I haven’t been this affected by visuals to the point of bringing up emotions,’” Sorensen said.

“It’s really the elegance of the women that was just so, so graceful,” she said.

Sorensen added that there are more components of Shen Yun’s surface than the visual, and that these components all work together to create a stirring feeling.

“There is the visuals, there is the music, there was the group being so tight together and graceful,” she said.

Shen Yun began in New York when a group of artists from around the world came together with the mission of reviving China’s divinely inspired culture. Since 2006, the company has traveled the globe every year to show the authentic traditional Chinese culture through music and dance.

Sorensen said that on a deeper level she could also feel that divine aspect. She described being in a state of consciousness beyond thinking while watching Shen Yun.

“You’re out of your mind, you’re in a space of feeling,” she said.

“It’s almost like you’re overwhelmed by how beautiful it is.”

With reporting by Dongyu Teng and Carrie Gilkison.