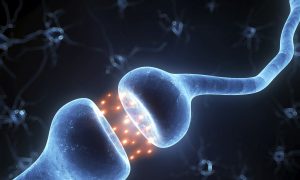 Tuning in on Brain Waves
0 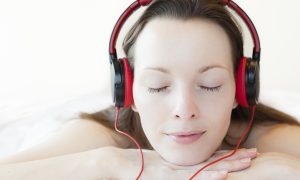 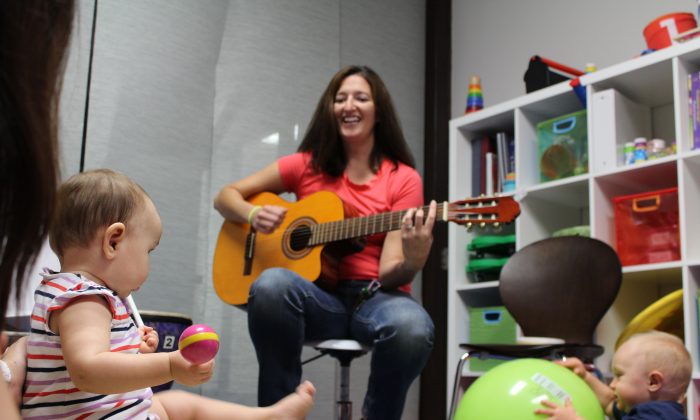 An elderly woman was admitted to a medical facility in southern California, but nobody knew what to do for her. She was clearly angry, but she couldn’t communicate, and was impossible to console. After three days, she still did not speak, and would throw punches at anyone who came too close. That’s when staff called in board certified music therapist, Kat Fulton.

After considering the woman’s age, hometown, and other details from her chart, Fulton thought of a song to soothe this non-verbal, combative patient.

“Standing in the doorway I played an old Tin Pan Alley tune called Bicycle Built for Two,” said Fulton, who runs a music therapy practice in San Diego, as well as a series of continuing education videos on music therapy.

“She joined in and started singing with me. She knew all the words to all the verses,” Fulton said. “The staff came up behind me and said, ‘Change the chart. She’s verbal! She’s verbal!”‘

Stories like this are common in Fulton’s field. She says the reason why this therapy works is because humans are biologically wired for music.

“We walk in rhythm, we breathe in rhythm. Everybody has a heartbeat. Sitting here right now you’re making music whether you like it or not,” she said.

While many ancient cultures considered music a form of medicine, modern music therapy has only been around for about 65 years. Yet it has since proven to be a remarkable evidenced-based modality. Most notably with neurological dysfunction such as Alzheimer’s, dementia, Parkinson’s, stroke, and autism, studies have shown that music therapy can lead to breakthroughs in recovery that other therapies can’t match.

Some music therapists can trace the roots of their practice to specific models, such as the pioneering work of composer and pianist Paul Nordoff, and his collaborator, special educator Dr. Clive Robbins. Starting in the mid-1950s, this pair worked with developmentally disabled children with the idea that everyone possesses an innate sensitivity to music that can be utilized for personal growth and development.

One of the most famous Nordoff-Robbins cases involves a client with whom they worked during the early development of their model: Audrey, a child with severe behavioral and learning difficulties. At seven years old, Audrey seemed destined for a life locked inside a psychiatric institution, but when Nordoff and Robbins began engaging with her through music, her developmental obstacles began to melt away. Through singing, drumming, and piano accompaniment, Audrey left the institution and later went on to college—an outcome that doctors would have never imagined before she received music therapy.

With developments in imaging technology fueling new understandings in neuroscience, fresh insights into music’s healing abilities are emerging all the time. Recent research has shown that certain regions of the brain can change in response to musical intervention. For example, post stroke victims who can’t speak the words to ‘Happy Birthday,’ can often sing it, offering therapists a bridge that can eventually recover speech.

Fulton has recently focused her treatment on the neonatal intensive care unit where premature infants often experience significant distress with all the procedures they endure.

Fulton has recently focused her treatment on the neonatal intensive care unit (NICU) where premature infants often experience significant distress with all the procedures they endure. The treatment involves live music, but before Fulton plays a note she examines the child’s cultural background and the parents’ musical preferences to select appropriate material. She also coaxes the mother to do the singing because hers is the voice that baby knows best.

The protocol is called mutli-modal stimulation, where the music therapist provides the lullaby, and others contribute massage and gentle rocking to give the baby a comforting experience that preemies often lack in the sterile hospital environment.

“Research shows that this actually decreases the time that the infant stays in the hospital which is a huge cost savings. It helps the infant mature faster and habituate to adverse stimuli faster,” Fulton said.

Most of us know what music makes us feel good, but it can take years of training to use music as a healing tool to treat another. Music therapists need to know not only the fundamentals of music making, but they also must carefully adjust their treatment to suit the needs of an individual.

According to Dr. Brian Abrams, music therapist, and associate professor of music and coordinator of music therapy at Montclair State University, while music has the power to heal, music therapists are trained to work with music in competent and responsible ways, based upon years of thorough training and supervision.

“It’s inaccurate to say music is innocuous. Music is a powerful medium and, as such, has the potential to help as well as harm, and is therefore not strictly benign. Moreover, it is inaccurate to call music non-invasive. Music penetrates us. It involves deep parts of ourselves, physiologically, psychologically, and emotionally,” he said. Sufficient training in the work is therefore essential.

It is inaccurate to call music non-invasive. Music penetrates us.

While many music therapists work with special needs patients, Abrams uses music as a form of psychotherapy, where his patients can express and work through fear, trauma, emotional impasses, and any other obstacles to their human potential through music listening, improvisation, and composition.

Abrams says that inadequate training when engaging in music, even with the best intentions, carries the risk of doing damage, such as re-traumatizing a person with a musical experience linked to an adverse event in their life. He says that unless the practitioner understands a person’s context and knows how to manage the issues that can emerge in treatment they are vulnerable to a variety of traumatic triggers.

“It’s like with physical therapy. You need someone who is trained in the anatomy. A music therapist has to be trained to understand all of the nuances of a client’s physiological, psychological, emotional and social context,” he said.

When applied appropriately, Abrams says his clients are able to work in ways not always possible in verbal therapies, because music experiences often allow people to access and work more directly with aspects of their psyche.

“There’s often verbal communication involved in music therapy processes, but the primary ‘action’ occurs in the music,” he said.

“Clients can release emotion, access insights, and find new ways of seeing things that they might not through talking. In music, we experience things in real time, just as we do in life, with emotions that are readily accessible.”

Music therapy comes in a variety of forms, but often it involves getting patients to make music on their own. While it can take decades for a musician to master an instrument, music therapists have lots of tricks so that even those without training can start playing right away. Usually it starts with singing or drumming, but Abrams keeps a wide variety of musical instruments available to his clients so they can express a full range of emotion.

“Almost always the client starts then I enter into a musical dialogue with them and encourage them to express the sound, whether through instrument or voice, more fully. I might encourage them to assign lyrics to what they’re singing through the emotional feel and aesthetic of the music,” he said.

Music therapists are often very accomplished musicians, but a good practitioner doesn’t let his or her chops get in the way of the therapeutic goal.

“The real healing comes from the therapeutic relationship, and music is really just a tool to help to build that relationship in a way that the patient can on his or her own to find that personal transformation,” said Fulton. “Our job as a therapist is to just get out of the way of our client doing his own work.”

Music therapy can treat a specific person or a large group. For a family facing dire circumstances, for example, making music offers a chance to join together in harmony.

“If you have a loved one in hospice, music is such an incredible motivator to get the family to come visit when the visitations are really difficult,” Fulton said. “Otherwise the visit is painful because maybe grandma doesn’t know who anybody in the family is anymore. When grandma is singing songs to you it creates a positive, meaningful, memorable experience for the family to share.”

The Benefits of Music Making

The late Dr. Oliver Sacks is a renowned neurologist who was a big advocate of music therapy. His 2007 book ‘Musicophilia’ tells several stories about music’s effects on the human brain, as well as the brain’s innate desire for music. One tale tells of a man who, after being struck by lightning, develops an overwhelming passion to learn piano. Other topics include Williams Syndrome (an affliction where sufferers experience developmental disabilities and cardiovascular problems but also have a special affinity for music), and people with amusia—people with a total inability to perceive music. For those suffering with amusia, a symphony can sound like a clattering of pots and pans.

Sacks joined other music experts to share their insights in the 2014 documentary ‘Alive Inside,’ which shows how an iPod program helps near comatose, virtually non-verbal Alzheimer’s patients get back their spark. When a caretaker puts headphones on a patient, a sad, hopeless face suddenly smiles with joy.

If passively listening to recordings can have noticeable benefits, imagine what making music can do. Research has found that over time musicians develop noticeable changes in the functional networks and structures of the brain.

Dr. Gottfried Schlaug, director of the music and neuroimaging, and stroke recovery laboratories, and division chief of cerebrovascular diseases at Beth Israel Deaconess Medical Center, as well as associate professor of Neurology at both Beth Israel and Harvard Medical School, points to a structure in the brain called the arcuate fasciculus. This structure runs from the hearing portion of the brain in the temporal lobe to a region in the frontal lobe which maps sounds to motor actions. Imaging comparisons show that in professional musicians this structure is clearly larger.

According to Schlaug, the arcuate fasciculus is critically important in perceiving sounds, and comparing new sound stimuli to something that we have already stored in our memory. It is also plays a big role in learning and using language.

Schlaug and his research team are currently evaluating music making-based protocols that are used to help people with Parkinson’s smooth out their jerky movements, and help stoke victims regain their speech.

At a March 2015 seminar on music and medicine at Harvard Medical School, Schlaug said that music making is a remarkable rehabilitation tool, because it not only connects sound to the motor system, it also has an “added advantage that it is an emotional stimulus and triggers pleasure and reward systems in the brain.”

At the Harvard seminar, Gaab said it was important to consider that the trend toward replacing music programs with more reading or math instruction in order to boost standardized test scores may actually lead to deficiencies in other cognitive areas.

“A lot of school districts are eliminating music, but maybe we’re eliminating curricula that helps basic cognitive skills,” she said.

According to Abrams, taking away music education “disenfranchises us from a core part of our humanity.”

“The arts are not just another subject,” he said. “They are like food. They are necessary for human beings. They are not a frill. They are part of fully being a person. Healthcare often helps us to remain alive and physically functional, but what are we keeping ourselves alive and functioning for?  We need meaningful experiences. We need to perceive beauty; to enter into relationships with one another. This is what it’s all about.”