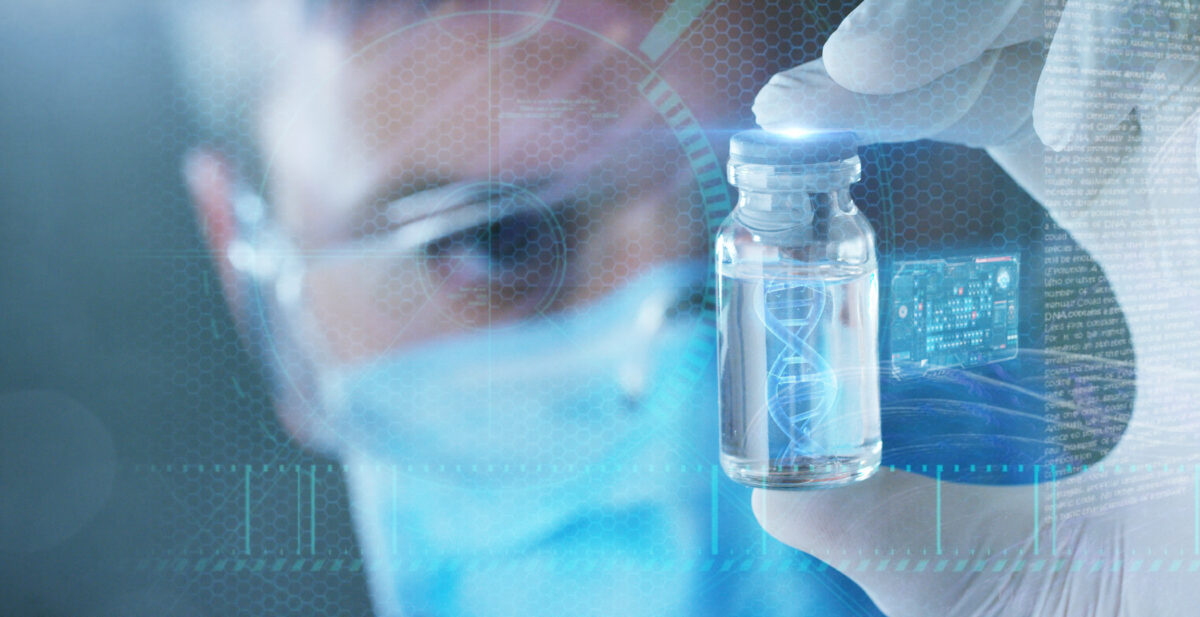 If health experts had just presented the public with both known and unknown information about the vaccines, we would have more trust in their guidance. (By HQuality/Shutterstock)
Health Viewpoints

Prasad made the comments in his videotaped response to news coverage of the June 15 decision to recommend Pfizer and Moderna’s COVID-19 vaccines for infants and young children.

Prasad had a message for the “experts” hoping to convince parents to have their young children vaccinated against COVID-19: “You’re not persuading anybody.”

“You’re laying it on a little thick and you’re not being honest about it, and in the process you’re discrediting yourself,” Prasad said.

Prasad, a hematologist-oncologist and associate professor in the department of epidemiology and biostatistics at the University of California, San Francisco, has been critical of COVID-19 vaccines — and especially their use in children — since the vaccines’ introduction.

He cited a New York Times article that stated:

“Some parents may be uninterested [in the vaccines] because their children were among the 75 percent thought to have already been infected.

“But vaccination provides more powerful and consistent protection even if a child has already been infected, [Centers for Disease Control and Prevention] scientists noted on Saturday.”

“The truth is … they don’t know that to be true,” Prasad said. “If a child has already had COVID, [and] recovered from COVID, we do not know that they have a further reduction in MIS-C [Multisystem Inflammatory Syndrome in Children], death, hospitalization, etc., from a potential reinfection.”

Now polls say only 20% of parents will vaccinate their < 5 year olds.

I will address that in a second, but the most important point for parents is that anyone who wants to can do it. And that is a game changer.

We know it protects against serious illness & long COVID. 9/

In fact, “People should report this to Twitter for misinformation,” he said.

Vaccine trials in young children were too small to lead to any comment about serious illness, he said.

“Severe disease is [so] infrequent that no one can say anything about that, and you certainly don’t know about long COVID —  that wasn’t even a measured endpoint in these studies.”

“And … what’s even the definition of long COVID in kids?” he asked. “We’ll have to sort that out first.”

“It’s a lie, it’s an exaggeration, it’s trying to get somebody to do something but it’s not being perfectly honest.”

Prasad also examined a statement Jha made Monday on “Good Morning America”: “The evidence is really clear that vaccinations prevent hospitalizations and serious illness, including in kids.”

This was in response to host George Stephanopoulos asking if a child younger than 5 who has already had COVID-19 and recovered should get a COVID-19 vaccine.

This answer is factually incorrect and an exaggeration to achieve a policy goal, said Prasad. “The real answer is we don’t know.”

The tip sheet was produced “in an effort to provide timely knowledge and evidence-based talking points for public health professionals, healthcare workers and others” on COVID-19 vaccines for children as young as 6 months.

Prasad called the tip sheet “the opinions of a few people who are self-anointed experts masquerading as evidence.”

Prasad disagreed. Due to poor study design, he said, “We really don’t know, especially in kids 5 to 11, if [vaccination] actually lowers hospitalization or MIS-C.”

“I haven’t yet seen a good study to persuade me, particularly in kids who’ve had COVID,” he said.

The tip sheet also says that in studies conducted by Pfizer and Moderna, vaccines “reduced the rate of ANY infection by between 37-80%. Although the overall number of cases were low, both vaccines are expected to decrease hospitalizations and ICU stays, as well.”

Prasad responded, “You may expect that to be the case, but some of us want data, not expectations by people who have a certain point of view.”

“That claim that these vaccines have been found to be 37% to 80% effective is a lie. It’s untrue,” he added.

Prasad summed up the treatment of people with concerns about the vaccine with a tweet from Eric Weinstein:

The way I hear it: we assume the argument that all good parents agree:

“I think Eric Weinstein is right,” said Prasad. “Nobody likes the feeling of somebody selling you something. Everyone can tell the evidence is sparse.”

“People are just proselytizing and exaggerating on TV and there’s not really a dialogue about what’s known or not known.”

If health experts had just presented the public with both known and unknown information about the vaccines, he said — if they had admitted that most likely, both the risks and the benefits of the vaccine are “probably pretty low” — we would have more trust in their guidance.

Instead, health authorities “are exaggerating and lying and distorting the truth.”