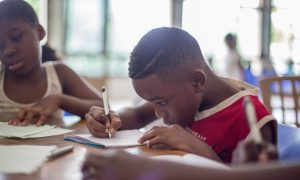 Why Kids (and Everyone) Need Magnesium
0 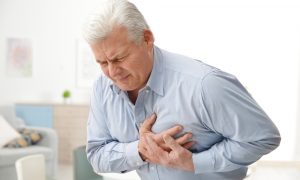 Magnesium: 10 Signs Your Body Is Begging for More of It — Irregular Heartbeat Could Mean Sudden Death
0 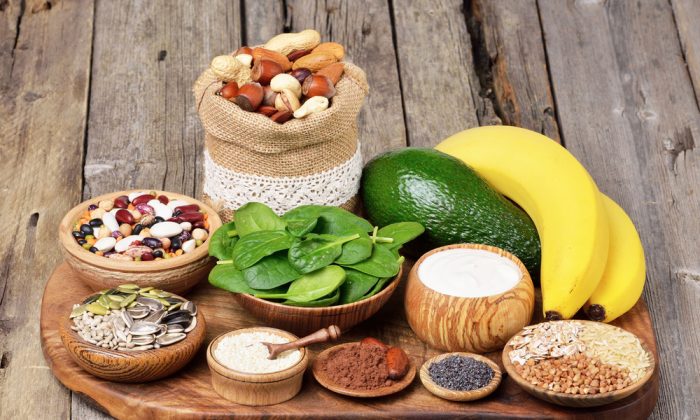 Most of us aren’t getting enough, and it’s wreaking havoc on our health
By Conan Milner
Print

Despite all that magnesium does, modern medical practice routinely overlooks it in the course of disease diagnosis and treatment. Magnesium tests are rare, yet most of us are magnesium deficient. Experts estimate that as many as 80 percent of Americans lack the recommended daily allowance of magnesium: about 350 milligrams (mg) per day for women, and 420 mg for men.

According to data from the U.S. Department of Agriculture, we used to have a lot more magnesium in our diet. Just a century ago, we consumed about 500 mg of magnesium per day. Today, we’re lucky to break 200 mg.

Many things contribute to our deficit, such as drinking bottled water (which is often stripped of minerals in the filtering process), and our general aversion to magnesium-rich foods such as nuts, greens, seeds, and whole grains.

Meanwhile, we require more magnesium than ever. Stress burns up a lot of this mineral, as does sugar, caffeine, prescription drugs, and even common supplements. Our food is grown in magnesium-compromised soil. Chemical fertilizers high in potassium and phosphorus inhibit magnesium absorption. Herbicides such as glyphosate bind with magnesium in the soil, making it inaccessible to plants.

We’re starving for this mineral at every level, but most doctors are blind to it, says Dr. Carolyn Dean, author of the bestselling book “The Magnesium Miracle.”

“We never learned about magnesium in medical school,” she told The Epoch Times, “but the evidence is there if we’re willing to open our eyes.”

Dean first learned about magnesium after she graduated from conventional medical school and began taking courses in naturopathic medicine. While researching her book, Dean discovered many health problems linked to magnesium deficiency, with plenty of data to support it. Her latest edition points to more than 15,000 articles on PubMed exploring the impact magnesium has on our body.

But even if a doctor orders a magnesium test, they probably still won’t see a correlation with these diseases, because the test can be misleading. Our blood serum doesn’t accurately reflect the body’s total magnesium levels, yet this is where a standard test takes its measurement.

“If you test the serum, it’s almost always going to show a normal level because the heart muscle has to be provided with enough magnesium so it does not go into spasm or arrhythmia,” Dean said.

According to the National Institutes of Health, “serum levels have little correlation with total body magnesium levels or concentrations in specific tissues.”

A more appropriate test measures the body’s magnesium ions. This test was developed by professors Bella and Burton Altura in the 1990s at the State University of New York.

The Altura test isn’t well known, but Dr. James DiNicolantonio believes it should be. DiNicolantonio is a cardiovascular research scientist at Saint Luke’s Mid America Heart Institute in Missouri and the associate editor of the British Medical Journal’s Open Heart. He contends that if more doctors and hospitals were familiar with magnesium ion testing, they would take this mineral much more seriously.

“Advanced testing needs to become more common,” DiNicolantonio said. “We need to realize how common this problem is and how many disease states are caused by this deficiency.”

Symptoms such as muscle cramping, heart palpitations, and anxiety may signal deficiency. The ion test can provide confirmation.

“It can be quite illuminating to see a person who has high blood pressure, insomnia, migraines … you’ll find they’re often very low in ionized magnesium,” Dean said.

In addition to their ion test, the Alturas have dedicated their career to highlighting the importance of magnesium. For the past 40 years, the couple has produced about a dozen peer-reviewed journal articles on magnesium per year.

But this data has done little to sway the standard of care. In fact, conventional treatment may actually contribute to a patient’s deficiency.

“The more medications people take, the more magnesium they’re burning up from their precious reserves, because the body needs magnesium to detoxify drugs,” Dean said.

The only permanent fix for a nutritional deficiency is to feed the body what it lacks. Pharmaceuticals may temporarily address symptoms, such as high blood pressure, high blood sugar, and high cholesterol. But if the root cause is a lack of magnesium, drugs can never heal the underlying problem.

Ultimately, test results determine doctors’ decisions about treatment. That’s why DiNicolantonio wants the health care system to screen for magnesium deficiency as routinely as it does for cholesterol.

“When you talk to researchers who have been doing this for years, we get it. It’s just that the system is broken because drug companies don’t have an incentive to screen for this,” he said. “You can’t patent a mineral.”

If your magnesium intake is low and your need for it is high, it will literally eat you up inside. If you don’t consume enough to meet demand, your body will go mining for it in your bones.

The mineral most associated with bone health is calcium, but magnesium also plays a significant role. Whereas calcium gives bones structure and density, magnesium provides a spongy cushion, making bones more flexible and less likely to break or fracture.

Unlike magnesium, calcium gets a lot of attention. Many older women pop a daily calcium tablet, and foods are often fortified with calcium in an effort to keep bones strong. But our bodies require magnesium in order to absorb calcium. That’s why too much calcium may actually weaken our bones.

“The higher amounts of calcium you consume, the more magnesium deficient one can become,” DiNicolantonio said.

Magnesium has a similar relationship with vitamin D. Dean cautions her patients never to take calcium or vitamin D without also adding more magnesium to their regimen.

Excess phosphorus (found in sodas) is another mineral that increases our magnesium needs, but the opposite is true with sodium. If sodium levels get too low, the body fights to hold onto it by sacrificing magnesium instead. Sweating can force us to lose up to 10 times the amount of magnesium in an effort to maintain enough sodium.

This is one of the reasons why DiNicolantonio, author of “The Salt Fix: Why The Experts Got It All Wrong, and How Eating More Could Save Your Life,” says modern medicine’s low salt advice actually does more harm than good.

Dean sees examples of this in teen athletes, who sweat out all their magnesium and often suffer from anxiety and panic attacks as a result. To prevent this magnesium drain, Dean recommends adding a pinch of sea salt to your drinking water in place of high-sugar sports drinks.

To protect your magnesium reserves, curb the behaviors that waste it and learn how to get more in. Start by reducing stress, getting enough sleep, and eating more magnesium-rich foods

Almonds, bananas, avocados, fish, and pumpkin seeds are all high in magnesium, but cocoa tops the list. A chocolate craving may even be a sign of magnesium deficiency, particularly during menstruation, when a woman’s magnesium levels are lowest.

However, cocoa is usually paired with sugar, which robs us of magnesium. To get the most magnesium from your chocolate, go dark. Reach for bars with a cocoa percentage of at least 85 percent. Dean recommends the least processed form: raw cacao nibs.

Supplements offer the most concentrated source of magnesium, but absorption can be a problem. Magnesium oxide is often prescribed because this is the form used most in research. Unfortunately, magnesium oxide has a strong laxative effect, making it difficult to absorb and hard for patients to take.

One strategy is to supplement your magnesium topically. Epsom salts (magnesium sulfate) added to a hot bath can be a pleasant way to soak it up. Another option is magnesium oil—liquefied magnesium crystals—that can be sprayed on the skin.

Thankfully, magnesium oxide is not the only option for oral magnesium. Dozens of companies now sell supplements designed to be absorbed better and be easier on the gut. However, even these products may trigger diarrhea at higher doses. But Dean believes this is an asset, because it prevents an overdose.

“Magnesium is one of the only minerals that has a real failsafe,” she said. “If you have too much, once your cells are saturated you will get the laxative effect.”

Dean’s advice to try magnesium first when addressing disease sounds radical in a health care system geared more toward drugs than nutrition. But when 80 percent of chronic disease is linked to a poor diet and a lack of exercise, perhaps it’s time to shift our focus.

“If we’re going to get out of the health care crisis that we’re in, we need to start preventing disease,” DiNicolantonio said.

For Dean, the road to good health is simply about giving the body the tools it needs to thrive.

“When people get saturated with magnesium, get enough water, and get their basic building blocks of nutrition, they gradually get better. I see it every day,” she said.