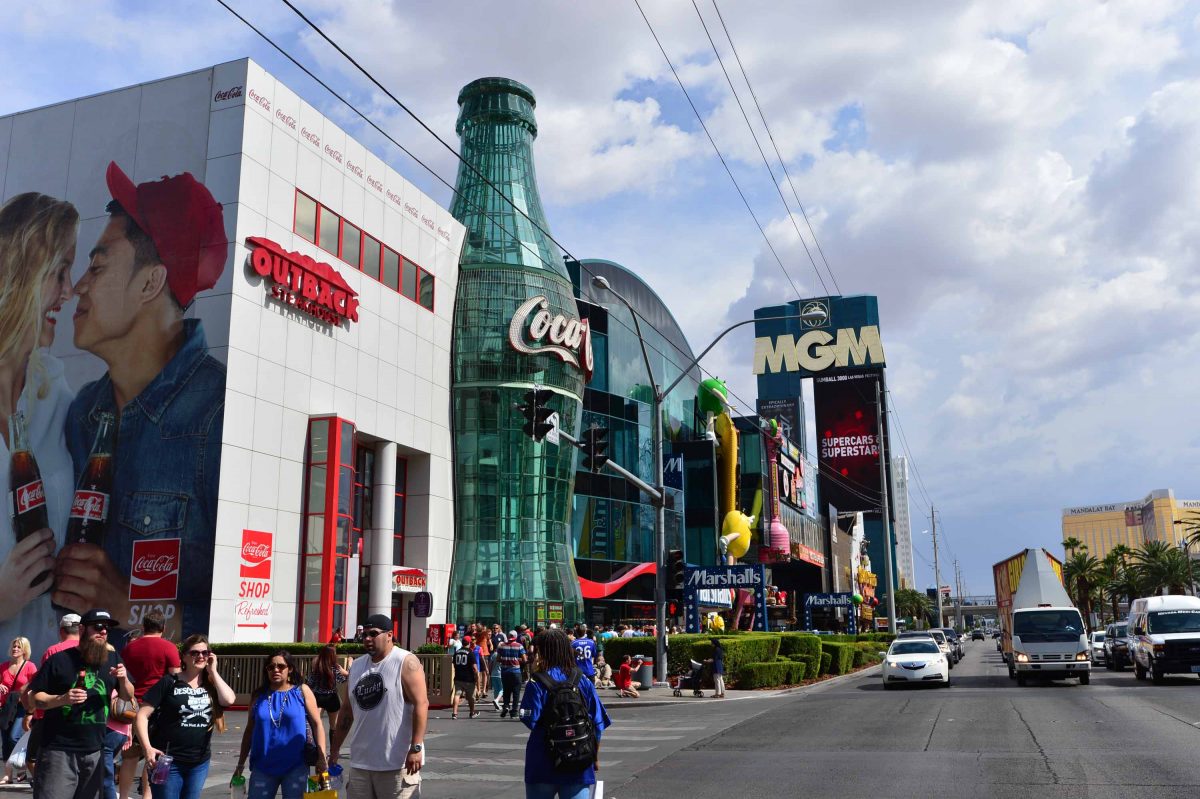 It’s Summer again, thinking about a vacation? Let’s check flight tickets online, do you know Las Vegas is the city that Americans most want to go?

I visited Las Vegas for the first time in May, this trip changed my previous concept about Vegas a lot.

“Gambling city” operating on Integrity
We stayed at two different hotels in Las Vegas, express check out is common, I just needed to sign my name on the room card and give it to the front desk or drop it into the collection box before we left.

The second hotel we stayed at was the Paris hotel which is right in the middle of the Vegas Strip. The reason for choosing this hotel apart from its location was its European classical style and decoration, and the free car parking service which can save $20 parking cost per night. The hotel, with about 3,000 rooms, is quite interesting with authentic Paris shops and restaurants in a street setting, inside the building.

When we drove into the “Self Parking” hotel car park building, nobody asked if we were Paris hotel guests and before leaving the parking lot the next day, still no one asked us anything.

Before leaving for the Airport, we had two hours of spare time, so we decided to go to look at the Red Rock Canyon National Conservation Area. The attendant at the entrance recommend us to buy an $80 annual pass, she said with this pass we can visit all of the national parks within a year. But it was almost closing time and after she learned we will leave the States soon, she smiled and waved her hand to let us pass, she said: “go have a good drive, enjoy the beautiful view.”

When we returned our almost new rented car, the car rental company staff only checked the mileage and if the fuel tank showed full but did not check anything else.

Intoxicating water dancing show
Almost all the world-class shows are staged in Las Vegas, the show we most wanted to see is Shen Yun Performing Arts, but their show season 2014-2015 had just ended. So we decided to go people watching around the Las Vegas Strip instead.

When we walked by Bellagio hotel, the musical fountain was performing “Time to Say Goodbye”, with more than 1,200 water jets dancing with the classical romantic music, plus the top quality sound system….. we were Intoxicated.

These dancing streams of water shimmy, twirl, curl and spin in an artificial lake the size of eight football fields– they also come to a crescendo to the oohs and ahhs of the watching crowd. Is this the same crowd that used to hang around in Disneyland, not long ago?

To provide this free water dancing show is costly, there’s a group of 30 people working full time to clean and maintain over a thousand fountain jets which are so powerful to be able to shoot water up as high as a 24-storey building. Sometimes they need emergency repairs between two performances which take place at 15-30 minute intervals.

A safe place
Las Vegas rose in the 1930s during the Great Depression. In order to ride out the economic storm, Nevada legalized casino gambling and Las Vegas has become a gambling city. It was controlled by mafia for long time but in the late 1960s, billionaire and philanthropist Howard Hughes bought many properties from the mafia and Las Vegas was set free from Mafia control.

Vegas’ security is now pretty good and for people who win the first prize, if asked, the police will escort them to their home anywhere in the States. We do not like to gamble, and did not see anyone win, but we saw quite a few beggars on the Las Vegas Strip, so I guess there must be some big prize winners.

Low traveling cost
Low traveling cost is another attractive point of Vegas, thanks to a Free Market Economy. As the world’s entertainment capital, there are so many hotels, and many airlines that fly to Vegas, competition brings down the price.

There are also many car rental companies in Vegas, you can drive to the Grand Canyon National Park in 5 hours, and a lot more attractions are all reachable by car from Vegas. We drove 2,000km in one week and did not come across one toll station!