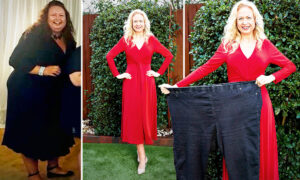 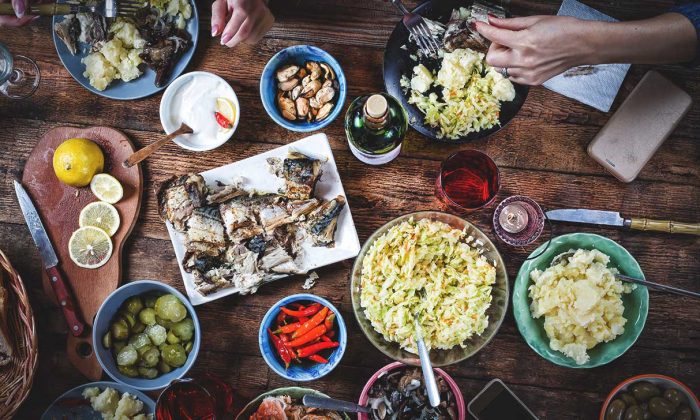 Keto Diet Versus Vegan Diet: Is One Better for Weight Loss?

You don’t have to spend much time on social media before you’re likely to see a post about weight loss.

It may be someone promoting their newest weight loss goal. Another might lament that their diet is too restrictive for them to splurge on their favorite snack.

Weight loss is a multibillion-dollar industry in the United States, and it’s no wonder: Today, more than 2 in 3 adults are considered to be overweight or obese, according to the National Institute of Diabetes and Digestive and Kidney Diseases.

What’s more, about 1 in 6 children and adolescents between the ages of 2 and 19 are considered obese.

Each year, healthcare professionals and researchers look for reliable and scientifically supported strategies for successful weight loss. At the same time, extreme diets and weight loss plans—both the absurd (cabbage soup diet) and the saner (Mediterranean diet)—ebb and flow in popularity.

Two of those plans—the vegan diet and the ketogenic diet—stand at polar opposites in terms of food strategy, but they’re both popular for their promise to get the pounds off. Here’s how they compare.

The ketogenic (keto) diet is a high-fat, low-carb diet. It emphasizes rich sources of fat, like dairy products and avocado, with moderate protein servings and very few carbs.

That leaves out many vegetables, fruits, and grains. Sugar is also a no-go.

The vegan diet is a plant-based eating plan. It eliminates all foods that come from animal sources, but it’s rich in vegetables, fruits, and whole grains.

Research shows that both plans can lead to weight loss. What it takes to get there—and how likely you are to sustain it—are factors that help determine if either of these diets can be successful in the long run.

How does the keto diet work?

The human body stores carbohydrates as glycogen. That’s the body’s preferred source of energy. You have a steady supply of these energy reserves.

Your body will burn through carbs you eat and then turn to the glycogen for energy. If you eliminate carbs from your diet, however, your body will quickly use up those reserves. When glycogen is lost, your body also loses the excess water glycogen holds. Immediately, you’ll drop several pounds without this water weight.

In a few days, your body will enter a metabolic state called ketosis. In ketosis, your body is using fat stores for energy since it has no carbohydrates or glycogen.

The high amount of fat consumed on this diet also helps minimize cravings. You may feel fuller longer, which cuts down how much you eat in a day. Some people on keto turn to intermittent fasting to sustain weight loss.

How does the vegan diet work?

For vegan dieters, a plant-based plan is “often low in fat and protein and overall calories so people often feel like they can eat all day and still lose weight,” said Danielle Aberman, RDN, a dietitian who specializes in working with people with migraines, as well as those who have difficulty losing weight and keeping it off.

In fact, research shows vegans tend to be thinner and are more likely to have a lower body mass index (BMI) than nonvegans. They are also likely to have lower cholesterol numbers.

By nature of the food vegans eat, plant-based eaters also typically consume a greater variety of vitamins, minerals, and other nutrients than omnivores. They also have a lower average calorie consumption than nonvegans.

A look at the science of keto and vegan diets

In one study, vegans lost 9.3 pounds more than people not following a plant-based diet over the course of one year. The study didn’t require participants to reduce their calorie intake or perform regular exercise.

In existing mice studies, a keto diet has shown some improvements in weight loss. It has also shown promising results in reducing obesity-related conditions like type 2 diabetes.

A great deal of keto research has been conducted in rats and mice only. Human studies are few and far between, but more are being done, thanks in large part to the keto diet’s increasing popularity.

A 2009 study, however, found that most individuals on a low-carbohydrate diet were no longer in ketosis after six months.

A 2017 study found that most keto-fed rats see weight loss in the first weeks of the diet, but during the 22-week study, the weight loss wasn’t maintained.

A reason for this could be that many keto dieters return to their tried-and-true dietary preferences after a period of time, despite initial success. That might be because weight loss results have stalled or the strict keto plan was too hard to follow.

Research also suggests keto dieters lose a greater percentage of lean body mass—the muscles that burn calories and help keep your metabolism running. This can affect your weight loss abilities in the future.

When it comes to parsing the benefits of the keto diet and the vegan diet, experts will tell you that you can expect to see results on either diet—but they may not last unless you can sustain this new lifestyle for the long term.

It turns out that’s the hardest part of picking a diet.

“When you bring up the concept of which diet is more successful for weight loss, I would only label a diet successful if it is sustainable,” said Ashley Chambers, RD, a dietitian with Indiana University Health.

“Most diet trends for weight loss, such as the ketogenic diet and vegan diets, will lead to weight loss if you follow them strictly, but they often restrict so much that people have a hard time sustaining them for the long term.”

“You can only look at the success of a program if you’re able to follow it,” said Seltzer, who specializes in weight loss, lifestyle, and fitness solutions.

“If it’s unmaintainable over the long run, it doesn’t really matter which is theoretically better.”

Seltzer says many people can try the keto diet and expect to see some success in the beginning.

However, he adds that the people you see posting their weight loss results on social media are the tip of the keto iceberg, as it were. They’re the ones who’ve found a plan that works for them. That doesn’t show you the multitude of people who haven’t found success with the diet.

“For every 100 people who try it, probably 99 of them will fail,” Seltzer said. “That’s because you can’t do either of them for the rest of your life. They’re difficult to do.”

For Kristin Koskinen, RDN, who has a private practice in Washington State, the problem with the keto diet is what you’re not eating.

“My concern about keto is the long-term issues that may arise from limiting carbohydrates, which ultimately means plant-based foods,” Koskinen said.

“My recommendation is that keto be used as a therapeutic tool or as a limited-duration strategy for weight loss. If you have diabetes or any other known health condition, consult with your healthcare provider before starting a keto diet.”

That doesn’t mean, however, that Koskinen falls in the vegan camp for weight loss either.

“Though a vegan diet can be part of a healthy lifestyle, it doesn’t always produce weight loss results,” Koskinen said.

“In my experience, choosing a vegan diet must accompany other lifestyle habits for weight loss, such as stress management and regular activity.”

These experts, and many like them, stress that there are no quick-fix options for weight loss. It requires work if you want it to be sustainable and long-term.

Ultimately, the prescription for weight loss may be a highly specific one—that is, one that works for you and likely you alone.

“It’s important to come up with a plan that is acceptable and sustainable based on your individual food preferences, lifestyle, and degree of motivation to change from what has failed you in the past,” Aberman said.

Kimberly Holland is a freelance writer. This article was originally published on Healthline.
TOP NEWS