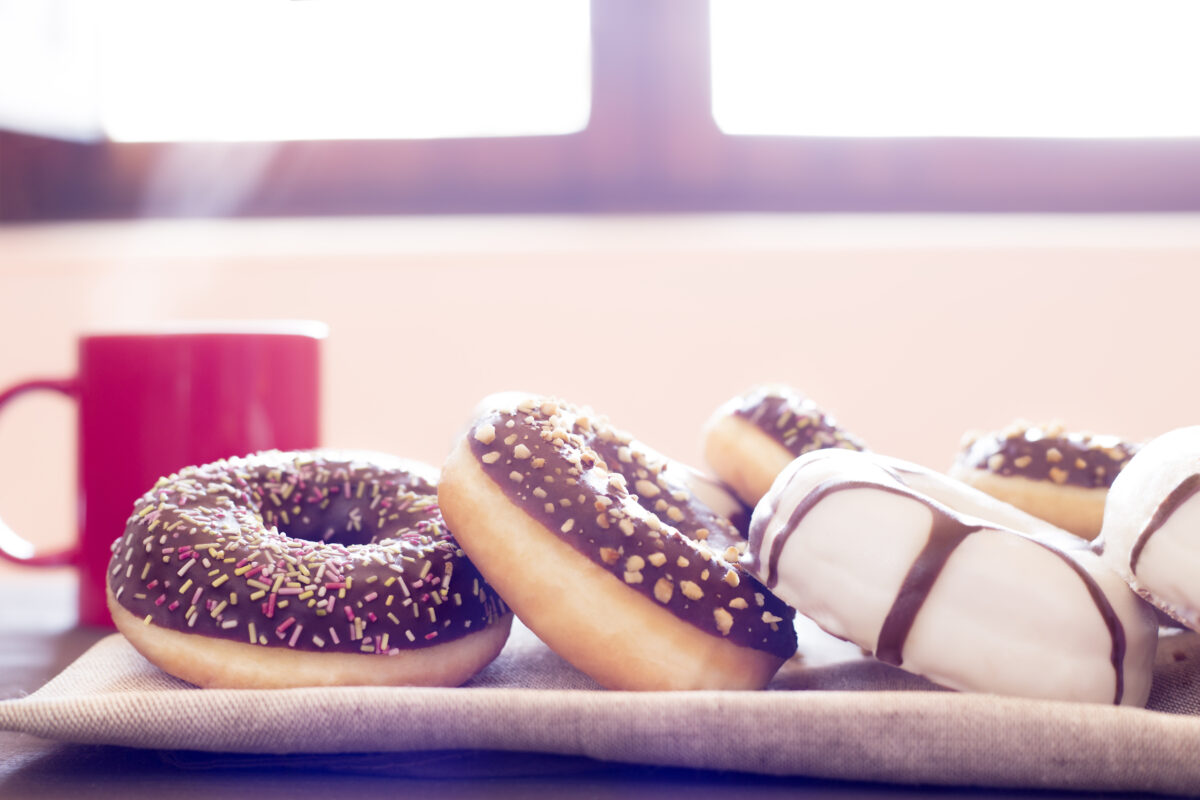 Is Fructose As Addictive and Harmful As Alcohol?

Millions of pounds are consumed annually, yet it may be more like a drug than a food and just as damaging and addictive as alcohol…

Fructose, which literally means “fruit sugar,”* sounds so sweet and innocent. And indeed, when incorporated into the diet in moderate amounts in the form of fruit – always organic and raw, when possible – it’s about as pure and wholesome as any biomolecule inseparably complexed with vitamins, fiber, plant stem cells, antioxidants, etc. i.e. as a whole food, can get.

Not so for industrially processed fructose in isolate form, which may be as addictive as alcohol,[i] and perhaps even morphine [ii][iii]and which according to USDA research published in 2008 into major trends in U.S. food consumption patterns, 1970-2005, we now consume at the rate of at least 50 lbs a year — the ‘800 ounce gorilla’ in the room.[iv]

Our dietary exposure to fructose, of course, is primarily through either sugar (sucrose), which is a disaccharide comprised of 50% fructose and 50% glucose by weight, or through high-fructose corn syrup (HFCS), which is mostly a 55% fructose and 45% glucose blend of monosaccharides, but goes as high as 90% fructose and 10% glucose in HFCS-90 form.  Pasteurized fruit juices are another concentrated source of fructose, but increasingly even pasteurized fruit juice is being adulterated with additional sugar or HFCS for reasons that have mostly to do with protecting the manufacturer’s bottom line.

Because high-fructose corn syrup contains free-form monosaccharides of fructose and glucose, it cannot be considered biologically equivalent to sucrose, which has a glycosidic bond that links the fructose and glucose together, and which slows its break down in the body. The attempt by the HFCS industry to re-label their product as “corn sugar,” which was recently denied by the FDA,[v] belies their anxiety about the differences, and also reveals growing awareness among the public of isolated fructose’s inherently toxic properties.

The reality is that fructose can cause far more damage than glucose, and we must look beyond caloric equivalences to understand this. While in times of need (e.g. starvation, post-workout glycogen depletion), fructose is as effective as glucose in replenishing glycogen stores, in “hypercaloric” states of excess consumption, it can lead to a process known as glycation whereby a sugar binds with protein or lipid molecules, often resulting in damage to cells and tissues.

For example, in vitro studies show that fructose damages proteins seven times more rapidily than glucose through a process known as protein fructosylation, which is when a sugar undergoes a Maillard reaction with a protein, which basically results in the caramelization (browning) of blood and tissue contents, “gumming up the works.” For example, if you try baking a pastry made with fructose, instead of white sugar, it will brown much more rapidly as a result of this Maillard reactivity.

Fructose actually shares great resemblance to alcohol (ethanol), such as being capable of stimulating dopamine production in our brain, as well as sharing similar metabolic pathways and effects on the liver (e.g. fatty liver). Their great similarities make even more sense when you consider that fructose can easily be converted into ethanol with a pinch of yeast in order to make alcoholic beverages.

Fructose’s Drug-like Hold On Our Bodies

Fructose addiction and alcoholism, in fact, share a number of parallels. In an article titled, “Fructose: metabolic, hedonic, and societal parallels with ethanol,” published in the Journal of the American Dietetic Association in 2010, Robert H. Lustig, MD broke new ground by identifying the great similarities between these two substances:

“Rates of fructose consumption continue to rise nationwide and have been linked to rising rates of obesity, type 2 diabetes, and metabolic syndrome. Because obesity has been equated with addiction, and because of their evolutionary commonalities, we chose to examine the metabolic, hedonic, and societal similarities between fructose and its fermentation byproduct ethanol. Elucidation of fructose metabolism in liver and fructose action in brain demonstrate three parallelisms with ethanol. First, hepatic fructose metabolism is similar to ethanol, as they both serve as substrates for de novo lipogenesis, and in the process both promote hepatic insulin resistance, dyslipidemia, and hepatic steatosis. Second, fructosylation of proteins with resultant superoxide formation can result in hepatic inflammation similar to acetaldehyde, an intermediary metabolite of ethanol. Lastly, by stimulating the “hedonic pathway” of the brain both directly and indirectly, fructose creates habituation, and possibly dependence; also paralleling ethanol. Thus, fructose induces alterations in both hepatic metabolism and central nervous system energy signaling, leading to a “vicious cycle” of excessive consumption and disease consistent with metabolic syndrome. On a societal level, the treatment of fructose as a commodity exhibits market similarities to ethanol. Analogous to ethanol, societal efforts to reduce fructose consumption will likely be necessary to combat the obesity epidemic.” [emphasis added]

While the parallel between fructose and alcohol consumption may seem strange, the intimate connection between what we eat and our psychological health is beginning to gain wider recognition, especially considering new research linking aggression to trans fatty acid consumption, episodes of acute wheat mania, and the widespread presence of opiates in common foods.

It may come as a surprise to many, but there is a fructose-opiate infatuation deeply embedded within mammalian biology, which has been the subject of scientific investigation since the late 80’s. A study published in the European Journal of Pharmacology in 1988 found that both glucose and fructose were capable of antagonizing morphine-induced pain killing effects, likely due to the direct opioid effects of these sugars or their metabolic byproducts on the central nervous system. In fact, the researchers found that fructose was more potent than glucose in accomplishing these effects.

Could the narcotic properties of fructose, or one of its metabolic byproducts, explain why we would consume such vast quantities of something so inherently harmful to our bodies?

As it turns out, not only has fructose’s manifold toxic properties been studied, but researchers have also investigated what natural substances reduce fructose’s adverse effects.

To view them all, you can visit our Fructose-Induced Toxicity page.

Ultimately, avoiding fructose in any other than its naturally embedded form in the intelligent and infinitely complex structures of food, e.g. fruit, is ideal. Food cravings for sweets, after all, may conceal unmet emotional or spiritual needs, so sometimes it is best to search deeper within for the answers. Or, using natural non- or low-calorie sweeteners like xylitol or stevia may also take the edge off an intense sweet tooth.

But, beyond the increasingly obvious adverse effects of isolated fructose to human health, is the “hidden” damage that fructose does to environmental/planetary health. This is because fructose from HFCS is invariably produced from genetically modified (GM) corn, which requires massive environmental inputs of harmful pesticides, glyphosate, gene products with the ability to transfer horizontally, and other unsustainable practices.