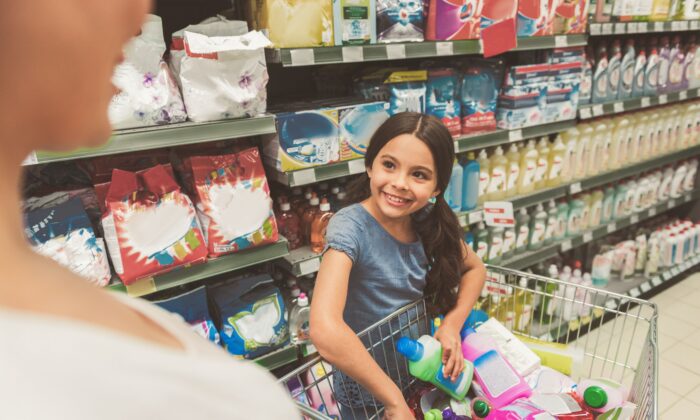 How to protect your space from invisible threats
By Conan Milner

Breathing is essential for survival, but in some places the air quality poses significant health risks. Exposure to air pollution is linked to lung cancer, asthma attacks, cardiovascular damage, reproductive harm, and more.

Experts claim our air quality has improved remarkably over the last few decades thanks to the Clean Air Act, but many still see plenty of room for improvement. According to the American Lung Association’s latest “State of the Air” report, 40 percent of Americans live in states that have unhealthful levels of air pollution.

Scientists, policy analysts, and public health advocates from across the country met to discuss the state of the nation’s air quality at a summit hosted by The Atlantic magazine in Chicago in 2017.

Much of the event focused on rules that govern outdoor air quality, and the health conditions that result from exposure to things like vehicle emissions and coal-fired power plants. But according to panelist Joseph Allen, professor of exposure assessment science at Harvard University, the majority of pollution exposure occurs inside—in our schools, homes, and workplaces.

“Outdoor air pollution penetrates indoors. And because of the time we spend inside, your daily dose can actually be greater indoors,” he said.

Pollutants that originate outside get a lot of attention from regulators, and for good reason. In a study published in 2013, researchers from the Massachusetts Institute of Technology tracked emissions throughout the United States and found that air pollution from vehicles, industry, and other sources causes about 200,000 early deaths each year. Vehicle emissions alone were responsible for 53,000 premature deaths—about 15,000 more than were caused by car accidents.

However, research demonstrates that chemicals that originate indoors may be just as harmful. According to the U.S. Environmental Protection Agency (EPA), in some cases, concentrations of indoor pollutants have been shown to be twice as high as those outside. This is particularly concerning because we spend the vast majority of our time—around 90 percent—indoors.

Some indoor pollutants, such as radon gas, naturally emanate from the earth and seep into buildings through cracks in the foundation. Mold and legacy toxins such as lead and asbestos are hazards that must also be dealt with in order to protect our precious breathing space.

However, the majority of indoor toxins come from sources we voluntarily bring into our environment.

There are about 82,000 chemicals in commercial use, and no available health data for 85 percent of them. In the last few years, researchers have learned a lot about the risks associated with exposure to many indoor air pollutants, but the vast majority remains a mystery.

Even the products we use to freshen up our environment, such as dryer sheets, synthetic fragrances, and cleaning products, may cause more harm than good. According to the Environmental Working Group, the popular air freshener Febreze contains chemicals that have been found to affect the respiratory and nervous systems.

Harvard’s For Health website provides science-backed guidelines on how to create a healthy indoor environment. When choosing products that will share your breathing space, there are three chemical families of particular concern:

Flame Retardants: Found in items such as furniture and building insulation, as well as products designed for children such as toys and car seats. Many of these chemicals are endocrine disruptors, chemicals that have been shown to interfere with the reproductive system, thyroid function, and other aspects of the endocrine system.

Stain-Resistant Chemicals: Found in furnishings, carpets, clothing, nonstick cookware and paints, and other products designed to repel oil and water.

Plasticizers: Particularly phthalates—a class of chemicals used to make products soft and flexible. Phthalates are found in vinyl tile, artificial leather, and even some brands of personal care products such as nail polish, hairspray, and skin lotions.

“We need to make better decisions about the products we put into our homes—low VOCs, no pesticide use, and purchasing furniture without flame retardant chemicals,” said Allen, who is also the director of the Healthy Buildings Program at Harvard, where he investigates the connections between indoor air quality and health.

Unfortunately, many products are also made with chemicals that are emitted into the air in the form of gas—a process known as off-gassing. Because of the impact of these off-gassing chemicals on air quality, Allen urges consumers to choose office supplies, furnishings, and other products with low (or no) chemical emissions to limit pollutants in their indoor airspace.

Making matters worse, our homes, schools, and offices are often built in such a way that toxic chemicals get trapped inside, concentrating in our air space. A lack of ventilation is one of the biggest reasons indoor air quality is so poor, and modern building methods are to blame, Allen says.

Airflow was always an important consideration for previous generations of architects. But starting in the 1970s, builders began creating spaces that were more tightly sealed. Since 2000, there has been an even greater effort to ensure that our buildings remain air tight.

This design choice makes for structures that are more energy efficient and fireproof, but it inevitably hurts air quality for the people who live and work inside, leading in severe cases to what is known as sick building syndrome.

I think it’s a false choice that we’ve been presented with for a long time: energy versus health. In fact, we should have both and we can have both.
— Joseph Allen

With minimal ventilation, air can’t circulate. Pollution concentrates indoors, and, by design, there’s little exchange of fresh air brought from outside. As a result, people who reside in “sick buildings” may develop eye irritation, headaches, breathing problems, and other health issues.

Virtually every building we inhabit—from the coffee shop you visited this morning to the place you’re reading this article right now—is governed by this minimal ventilation standard.

Several studies have shown that people who live, work, or attend school in buildings with good air circulation are healthier and more productive than those who inhabit poorly ventilated spaces. One study conducted in California found that students felt calmer and had longer attention spans in highly ventilated classrooms.

In the interest of keeping energy costs down, most builders still tend toward minimal ventilation. But Allen says we spend too much time indoors to live and work in spaces that sacrifice our health.

“I think it’s a false choice that we’ve been presented with for a long time: energy versus health. In fact, we should have both and we can have both,” he said.

We can’t see or smell many of the chemicals that pervade our environment. Besides chemically sensitive individuals, most of us don’t think about our indoor air space until someone gets sick. Even then, we may still not link our health problems to air quality.

But we can take simple precautions to ensure that our inside air is as clean as can be.

In addition to improving ventilation and limiting exposure to toxic off-gassing chemicals, be sure to employ simple public health measures. “Wash your hands, and take your shoes off so you’re not tracking in outdoor pollutants into your home,” Allen said.

Another step is controlling exposure to fine particles in your environment. One way in which we create these particles is cooking. That’s why Allen recommends installing an exhaust system over your stove.

“You want exhaust ventilation that is capturing those pollutants and putting them outside,” he said. “A lot of the time, they’re just putting them right back into your breathing zone.

To collect these fine particles while cleaning, use a vacuum with high efficiency particulate air (HEPA) filtration. “Very often when people use a vacuum, it doesn’t capture the particles, it just disperses the particles and turns them into smaller particles. So you can actually increase the exposure,” Allen said.

The good news is, making these small improvements can have a big impact. Last year, Allen and his team published a study that examined how the indoor environment impacts our ability to think and process information. Researchers had people come into a controlled environment, and each day made various changes to the air the participants’ breathed, then tested their cognitive functions.

“Even with minor improvements in the environment, we saw better cognitive function scores,” Allen said.