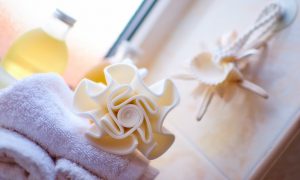 4 Relaxing Concoctions to Put in Your Bath Tonight
0 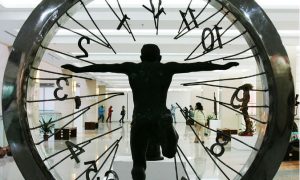 Science-Backed Ways to Take a Break for Better Productivity
0 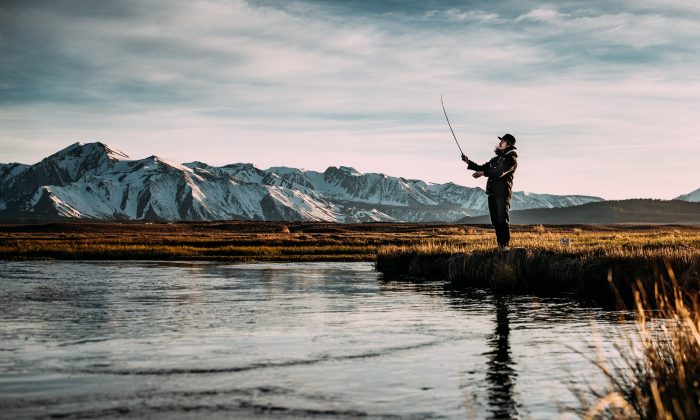 A moment to unwind can get your gears reset to a more productive state. (Robson Hatsukami Morgan/Unsplash)
Treatments and Techniques

In Defense of Downtime

For nearly a decade, Alex Soojung-Kim Pang was a busy consultant in Silicon Valley. The work was exciting, but the pace took a toll. In an environment of young entrepreneurs who often boasted 100-hour workweeks in pursuit of their fortunes, Pang soon burned out.

He got a chance to recover in Cambridge, England, where Microsoft Research offered him a visiting fellowship. As he eased into the leisurely vibe of his three-month sabbatical, Pang had more time to read, relax, and reflect than he’d had in years. To his surprise, it made him more productive.

“I was getting an incredible amount of stuff done,” he said. “I was writing a lot. I got two books out of those three months, and I was having great ideas. But I didn’t feel at all compressed the way that I normally did in California.”

Before his Cambridge experience, Pang assumed that focusing on his career was critical to staying on top of his game. After all, hard work is essential to success.  However, it may only be part of the equation.

In his book, “Rest: Why You Get More Done When You Work Less,” Pang examines the work ethic of the industrial world—long hours and little time off—and compares it to the goal of nearly every ancient society: a balance of work and rest.

While we often consider rest and work to be opposing forces, they’re actually meant to work together, like tension and release. We need to work to support ourselves, but we also need opportunities to recharge so we can take on another day.

While we often consider rest and work to be opposing forces, they’re actually meant to work together, like tension and release.

It sounds simple, yet such wisdom has been lost in much of the working world. Even if we’re offered time off, many of us don’t dare take it.

In 2018, American workers left 768 million vacation days unused. That was up 9 percent from the previous year, according to the U.S. Travel Association. And 236 million of those vacation days were forfeited completely, a loss of $65 billion in unused benefits.

Why would someone sacrifice their hard-earned free time? According to psychotherapist Kelley Kitley, many of the high achieving executives who come to her Chicago-based practice are reluctant to take a break because they see time off more like a setback than a chance to recover.

“They believe they’re going to lose momentum,” Kitley said. “They think, ‘If I take a break, I’m not going to be able to keep going at this pace.’ But they don’t recognize that taking a break will actually help them sustain more productivity in the long run.”

The Benefits of Time Off

If you think you perform better with less rest, think again. Research has found that overwork raises your risk of heart disease, stroke, and diabetes. It also increases the likelihood of insomnia and alcohol abuse—further eroding our ability to bounce back from stress.

On the other hand, when we allow ourselves some time to take it easy, our brain becomes uniquely active: reviewing past events, consolidating memories, and even solving problems we couldn’t figure out with our conscious attention.

Pang points to several great minds of art, science, and business who have tempered their ambition with long walks, hobbies, and regular naps. Some may have been workaholics in their youth, but what sustained their work as they grew older was a habit of mixing frequent periods of downtime into their otherwise intense routine.

“These people spend only a fraction of their day doing what we would regard as work: Sitting at the keyboard and doing stuff that produces words, or images on the canvas,” Pang said. “The rest of the time they spend in what looks like leisure.”

When we allow ourselves some time to take it easy, our brain becomes uniquely active: reviewing past events, consolidating memories, and even solving problems we couldn’t figure out with our conscious attention.

One example comes from the men who discovered the structure of DNA. Francis Crick and James Watson didn’t arrive at their revolutionary insights hunkered down in the lab, but over long lunches at the local pub, strolling through campus, playing tennis, and browsing in bookstores.

Employers may benefit from this model as well. Pang points to companies where employees who had previously been clocking in 50- or 60-hour workweeks were able to maintain productivity and increase profitability when they shifted to a four-day workweek and a five- or six-hour workday.

“We have a growing number of companies who have been able to put this into place with great success, and to sustain it for several years,” he said.

Even when we realize we need some time off—when we’re just going through the motions and relying on caffeine to carry us through the day—numerous factors still stand in our way.

Let’s be realistic: Time is money, and both are tight for most of us.

It’s also getting harder to leave the job at the end of the day. Technology that was originally promoted as time-saving now blurs the line between where work stops and our personal time begins.

“We have tools that literally allow us to carry offices around in our pockets,” Pang said.

“Women are wired to be caretakers and put everybody else’s needs before theirs. They just don’t have time for self-care,” Kitley said.

Economic realities and personal responsibilities are obstacles to downtime that we can’t control but there are some that we can.

When we’re up against forces that want to turn our remaining free time into more labor, it’s up to us to make rest a priority. That’s why Kitley gets her clients to pencil it in.

“We work on it being non-negotiable. Sometimes, during the day, you need to take at least 30 minutes to decompress and recharge,” Kitley said. “Sometimes, people need a class to go to so they can schedule it.”

When we’re up against forces that want to turn our remaining free time into more labor, it’s up to us to make rest a priority.

Another key factor under our control is the quality of our rest. In addition to sleep, we also need recreation. Unfortunately, the default mode of relaxation for many of us is watching TV or scrolling through our phone. But it turns out that passively consuming entertainment isn’t so restorative.

Since our free time is finite, Pang urges us to seek forms of rest that recharge us more.

This is especially important for people in high-stress occupations like police and doctors. Jobs that see a lot of crises and unpredictability can be psychologically draining. To get our balance back, Pang recommends activities that develop a sense of control and mastery.

“Having hobbies where control is an element is really very helpful,” Pang said. “The best kinds of rest are active. They involve the cultivation of skills, and they can be physically challenging.”

Strenuous activities like running and rock climbing, or more cerebral hobbies like playing piano and landscape painting may not sound like rest, but they can provide much more recharge power than binge-watching with a bowl of salty snacks. Exercise helps our body better adapt to stress, and recreational challenges allow us to detach our attention from our day-to-day.

If downtime doesn’t come easy, start small. Kitley asks her time-crunched clients to make a list of things they enjoy and will be likely to do. It can be as simple as getting together with a friend or going for a walk.

“Walking around the block for 15 minutes can reset them,” she said. “They’re getting energy, fresh air, they’re changing their scenery. That’s helpful for people who are just starting to find ways to recharge.”