‘I Felt Like I Was Seeing Kindred Souls,’ Says Former Dance Educator 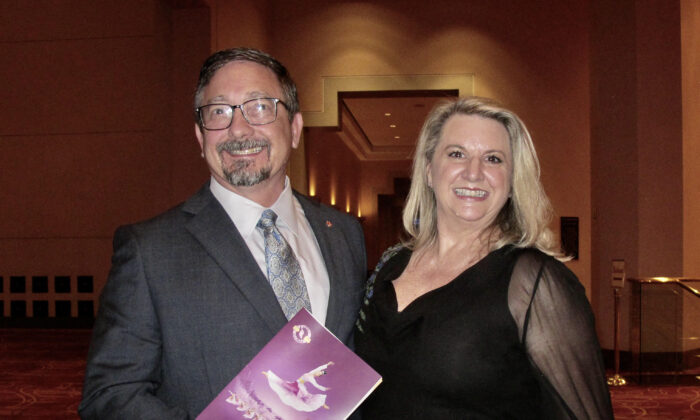 HOUSTON, Texas—Angela Hayes was full of praise after she attended the classical Chinese dance and music performance, Shen Yun Performing Arts, at the Wortham Center Brown Theater in Houston, Texas, on Sept. 18.

Hayes, with nearly 30 years as a dance educator in a Texas public school and then as the director of a performing arts group, said Shen Yun was spectacular.

“I not only appreciated the beautiful movement but the artistry that goes into the production,” she said. Hayes loved how the stories flowed from depicting traditional culture to more recent events in China.

Traditional Chinese culture was brought to the brink of extinction after the Chinese Communist Party came to power in 1949. New York-based Shen Yun aims to present “China before Communism” and revive traditional Chinese culture through dance and music. It also presents dances that illustrate the present-day persecution of the ancient Chinese spiritual group Falun Dafa, whose beliefs reach way back to the beginning of time.

“The dance is spectacular. They’re beautifully trained, you can tell that … everything that they were doing was lovely,” Hayes said. “There was lovely attention to detail. [It] was just an all-around fabulous performance.”

The former dance educator trained in ballet remarked how fluid, effortless, and synchronized, dancers’ movements were. “It’s part of their breath, it’s part of their movement, there is no disconnect,” she said. “It’s lovely to watch.”

Hayes was very impressed by the way Shen Yun coordinated the performance.

It inspires us to think beautiful thoughts, it inspired us to think higher.
— Angela Hayes

“I loved the flow of the soloist to the ensemble, back and forth. The storytelling was lovely … it was very sweet and honest, and it was inspirational.

“There was a message,” she added. “It inspires us to think beautiful thoughts, it inspired us to think higher. [We should go] beyond modern times and think of the beauty of the world.

“I feel the spirituality came very much through. I saw the beauty of the country, dances, and the legends. That’s what really touched my heart.

The destruction of traditional Chinese culture by the Chinese Communist Party saddened Hayes.

“As very conservative persons here in the United States, we are struggling. We are in the same kind of spiritual war right now. One of the messages … throughout, was to look past these modern thoughts, and to go back to the divine, and to think about what is true artistry … what beauty is in movement, what beauty is in the experience of song and [musicality].”

Many of the pieces utilize Shen Yun’s patented technology that brings its animated digital backdrop to life. “I got very fascinated by the screen, the technology of the screen, and how it was integrated, then the cleverness of the way it was staged. It was very beautiful to watch and I was so impressed to see that they actually patented the technology … the live-action with the video.”

With the experienced eye of a dancer, Hayes extolled Shen Yun’s costumes—the spectacular, vibrant colors—and the way color was used to create experiences throughout the performance.