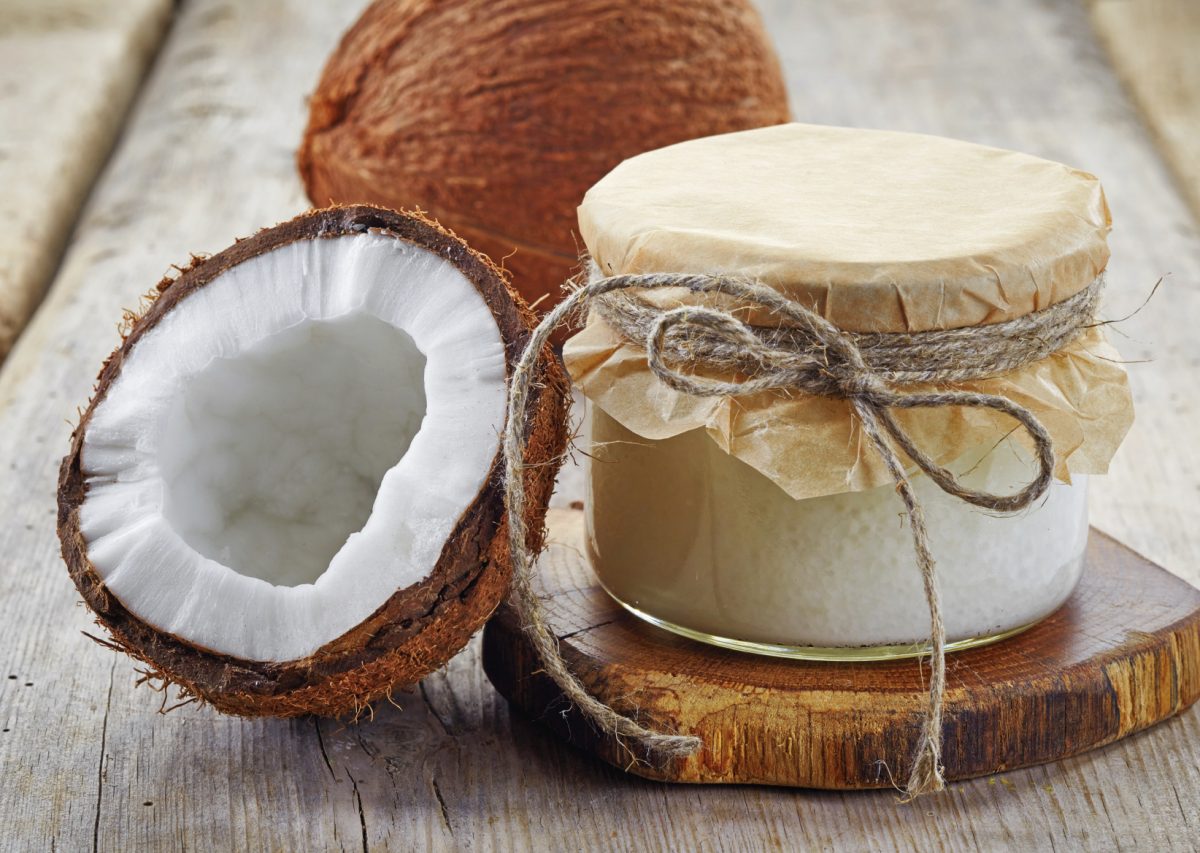 How Coconut Oil Can Benefit Your Health

While more than 2,000 studies have been performed on coconut oil, demonstrating a wide range of benefits, it continues to be wrongfully vilified, mainly because 90 percent of its fat content is saturated. However, saturated fats, and most particularly coconut oil, are an important part of the human diet.

If you have bought into the media hype that saturated fats are unhealthy and will raise your risk of heart disease, it may be time to reconsider your position.

Coconut products, particularly coconut oil, have been used by certain populations around the world for millennia, and in places where coconut oil is consumed as part of the standard diet, people seem to thrive.

Take the Polynesian populations of Pukapuka and Tokelau, for example, whose diets tend to be high in coconut and other saturated fats and low in cholesterol and sugar.

“Vascular disease is uncommon in both populations and there is no evidence of the high saturated fat intake having a harmful effect,” notes a study published in The American Journal of Clinical Nutrition in 1981.

Another study focused on the Kitava people in Papua New Guinea. Besides eating a lot of fish, fruit, and tubers, coconut is also a prominent staple. None of the indigenous people in this study reported stroke, sudden death, chest pain, or discomfort due to coronary heart disease. In fact, the researchers concluded that stroke and coronary heart disease appeared to be absent in this population.

Aside from its internal health benefits, coconut oil also has countless other uses. You can rely on it for topical beauty applications, for example, thereby avoiding any number of hazardous chemicals.

How Coconut Oil Can Benefit Your Health, Well-Being

Nutritionally speaking, the healthy fats found in coconut oil can have significant effects on your well-being. Research has shown coconut can:

Support healthy thyroid function: Unlike soy oil and other vegetable oils, coconut oil doesn’t interfere with thyroid function. It has anti-inflammatory properties that can help reduce inflammation that may lead to hypothyroidism and hyperthyroidism.

Promote healthy brain function: Researchers found that ketones may work as an alternative energy source for malfunctioning brain cells, which has been found to reduce symptoms in patients with Alzheimer’s disease.

Boost energy: The medium-chain fatty acids, also known as medium-chain triglycerides (MCT) in coconut oil are immediately digested and converted into energy by your liver.

May support healthy metabolism: Some animal studies have shown that coconut oil may raise metabolism.

Aid weight loss: Coconut oil provides an excellent fuel for your body and stimulates your metabolism to help you shed excess body fat.

Aid digestion: Coconut oil is easy on your digestive system and won’t produce an insulin spike in your bloodstream. The MCTs can also be absorbed easily in your digestive tract, compared to longer chain fatty acids found in polyunsaturated vegetable oils.

Maintain healthy, youthful looking skin: Applying coconut oil topically benefits your skin, reducing the appearance of wrinkles and fine lines as the oil keeps your connective tissues strong and supple. Limited evidence also suggests it may boost collagen production, although the mechanism of action is unknown.

Control candida: A study published in mSphere found that mice given coconut oil had a tenfold drop in the colonization of Candida albicans yeast in their gut, compared to mice given soybean oil or beef tallow.

Use Coconut Oil for Cooking

Coconut oil is an excellent choice for cooking, as it can resist heat-induced damage. This way, you’re not consuming damaged, oxidized oils. Processed vegetable oils, on the other hand, such as soybean, corn, cottonseed, and canola oil, produce oxidized cholesterol when heated, which increases thromboxane formation—a factor that clots your blood.

It’s beyond unfortunate that the American Heart Association (AHA) decided to slow down much-needed progress by sending out its international presidential advisory warning against the use of coconut oil and butter, reiterating its old recommendation to use polyunsaturated fatty acids (PUFA) such as margarine and vegetable oil instead.

Overall, the AHA still recommends limiting your daily saturated fat intake to 5 to 6 percent of your daily calories, based on a 2,000 calorie-a-day diet. In my opinion, this is far below what your body needs for optimal health.

This advisory was sharply criticized by many health experts, and for good reason. For starters, the studies on which the advisory was based all date from the 1960s and early 1970s—the eras when the low-fat myth was born and grew to take hold. Many studies since then have demolished and refuted the science the AHA still clings to, but none of them were included.

According to Dr. Cate Shanahan, a family physician and author of “Deep Nutrition: Why Your Genes Need Traditional Food,” notes that none of the studies included in the AHA’s saturated fats analysis involved coconut oil specifically.

It’s also worth noting that most of the early studies on coconut oil that found less than favorable results used partially hydrogenated coconut oil, not unrefined virgin coconut oil. Hydrogenated oil is not the same as unrefined oil, even when you’re talking about something as healthy as coconut. This detail is what led to the undeserved vilification of coconut oil in the first place.

Medium-Chain Triglycerides and Their Health Benefits

Ninety percent of the fat in coconut oil is saturated and about two-thirds of the fats are medium-chain fatty acids or medium-chain triglycerides(MCT). MCTs get their name from their chemical structure, and can be divided into four groups based on their carbon length:

Clinical uses of MCT oil are typically made from a combination of C8 and C10, which increase ketone levels far more effectively than the others’ chain lengths. These clinical uses include:

As a general rule, the shorter the carbon chain, the more efficiently the MCT is converted into ketones, which are an excellent mitochondrial fuel. Ketones can even pass the blood–brain barrier to supply your brain with energy. As a fuel, they also have an advantage over glucose in that they produce fewer reactive oxygen species and secondary free radicals when burned.

Ketones also help suppress the hunger hormone ghrelin, and as your ketone level rises, CCK, a satiety hormone, is activated. As a result, food cravings and hunger pangs vanish, which will go a long way toward avoiding unnecessary snacking. MCTs also:

Coconut oil provides a mix of all of these MCTs, but the longer-chained C12 (lauric acid) makes up over 40 percent of it. The exception is fractionated coconut oil, which contains primarily C8 and C10. Lauric acid is most well-known for its antibacterial, antimicrobial, and antiviral properties. Since it’s a longer-chained molecule, it doesn’t increase ketone levels to any significant degree.

While coconut oil provides a range of MCTs, for clinical uses such as those listed above, a more concentrated and potent MCT oil is recommended. Most commercial brands of MCT oil contain a 50/50 combination of C8 and C10. My personal preference is straight C8 (caprylic acid), as it converts to ketones the fastest. It also tends to be easier on your digestion.

While concentrated MCT oil and/or coconut oil can both be consumed daily, start with a small amount. Taking high doses of MCT oil before you develop tolerance can cause loose stools and gastrointestinal side effects.

I recommend taking no more than 1 teaspoon of MCT oil to start. Have it at the same time as another fat, such as a handful of nuts, with ghee in your coffee, or as one of the oils in your salad dressing. Once your tolerance increases, you can slowly increase to as much as 4 tablespoons of MCT oil or coconut oil per day.

If you stop taking it for a while and then restart, begin with a small amount again to allow your digestive system to readjust. That said, MCT oil is often more easily digested by those struggling to digest other types of fat, such as those with malabsorption, leaky gut, Crohn’s disease, or gallbladder impairment (such as an infection or if you had your gallbladder removed).

Many people who drink coffee do so with all kinds of additives, often referred to just as “cream and sugar”. Nondairy creamer can scarcely be called “cream” at all and is more aptly described as a synthetic combination of chemicals, trans fats, high-fructose corn syrup, and artificial flavors. Give your coffee an upgrade by adding some grass-fed butter, MCT oil, or C8 to it.

Explore the Many Uses for Coconut Oil

Keeping a jar of organic coconut oil on hand could save you a lot of money since it replaces a wide variety of other products, both in the kitchen and elsewhere. As mentioned, coconut oil is not only a beneficial food, it can also replace a number of pricey and potentially hazardous personal care products, including moisturizers, hair masks, shaving lotion, cleansers and makeup removers, body scrub, toothpaste, and much more.

If you’ve gone on a low-fat diet, or followed advice that recommends vegetable oils over coconut oil or butter, it may be time to reconsider your options. Saturated fats won’t necessarily make you pack on pounds, nor will they automatically raise your risk for heart disease. On the contrary, saturated fat, such as that found in coconut oil, offers many health benefits.

Of course, with all things, the balance of foods and what you eat with them can make all the difference. There are different qualities of every food product and just because you eat something healthy doesn’t make up for all the other unhealthy things you may eat.

If you want to try an experiment, get your blood levels checked and then swap all of those margarine spreads and processed vegetable oils you’re using for coconut oil. After about three months or so, recheck your blood levels and compare your results. Chances are, you’ll find yourself in a lower risk category for heart disease than you were before, even if your total cholesterol (which says nothing about your heart disease risk) happens to go up. A simple way to get more coconut oil into your diet is to add it to your coffee or smoothie in the morning.