For those facing mental health issues, there are powerful remedies besides the one-size fits all drug treatments
FEATUREDMental Health 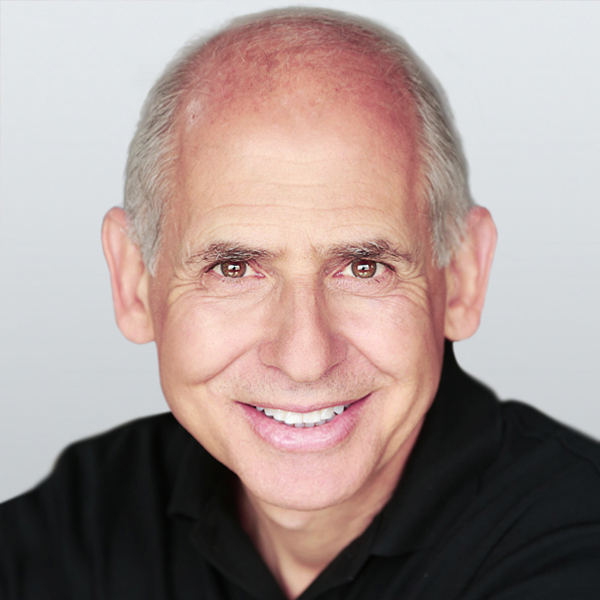 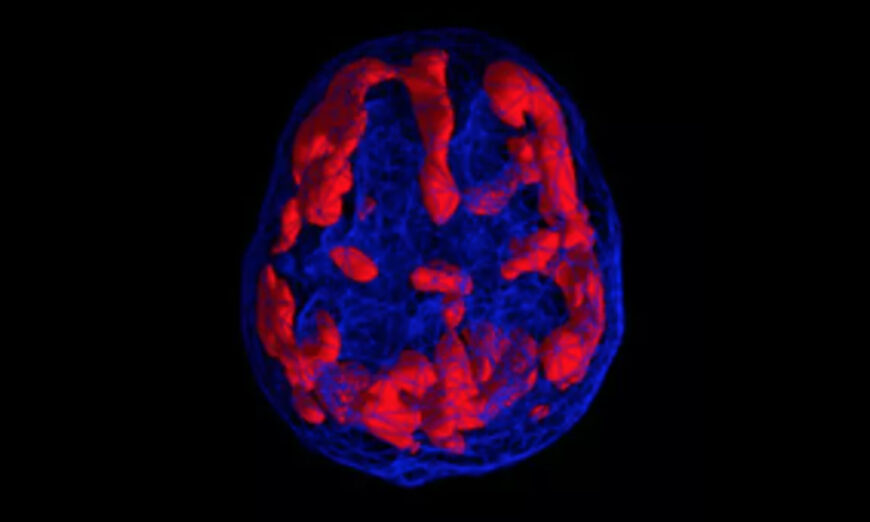 When people ask me how brain imaging can impact mental health care, I tell them about one of my favorite patients named Jarrett. As a little boy, he was hyperactive, restless, impulsive, highly vocal, and wouldn’t pay attention. His behavior was so disruptive that other kids didn’t want to play with him, and he didn’t have a single friend. Diagnosed with ADHD as a preschooler, Jarrett seemed to be on a bad path, and his parents were distraught.

Jarrett’s parents took him to five different doctors who prescribed five types of stimulant medications for ADHD. But none of them worked. In fact, they made things worse by triggering extreme mood swings and severe rages that frightened his siblings. Jarrett’s conduct got so out of control that one physician suggested antipsychotic medication. That was the last straw for his mother, who decided to bring Jarrett to see us at Amen Clinics, which I founded over 30 years ago.

In the past three decades, we have been using brain SPECT (single-photon emission computed tomography) imaging—a well-researched tool that measures blood flow and activity in the brain—on tens of thousands of patients with emotional, behavioral, learning, and cognitive problems. Our database of over 225,000 brain scans relating to behavior shows us that as psychiatrists, we are not dealing with “mental” health issues but rather brain health issues that steal people’s minds. And this one idea changes everything.

When we scanned Jarrett’s brain, it clearly showed significant overactivity in a pattern we call the “Ring of Fire.” His brain was working way too hard. It’s no surprise that the stimulant medications weren’t working. Using stimulants on an overactive brain is like pouring gasoline on a fire. Our published research shows that stimulants make this brain pattern worse 80 percent of the time.

We took a very different approach to treating Jarrett. Combining nutritional supplements to calm his overactive brain with a host of brain-healthy daily lifestyle habits and parent training led to significant improvements in Jarrett’s behavior. At school, his grades went up and he started making the honor roll. The rages disappeared. And he finally started making friends. Today, Jarrett is doing well in college and training to be a firefighter because, as he says, “On somebody’s worst day, I want to make it better.” If no one had ever looked at his brain, Jarrett could have been doomed to stay on a very unhealthy path.

How Do You Know Unless You Look?

Did you know that psychiatry remains the only medical specialty that virtually never looks at the organ it treats? Cardiologists look at the heart, oncologists scan the body for cancerous tumors, and orthopedists take x-rays of bones. Psychiatrists guess. If you’re struggling with anxiety, depression, ADHD, obsessive-compulsive disorder (OCD), posttraumatic stress disorder (PTSD), or other issues, no one will look at your brain.

The repercussions of “brainless psychiatry” have contributed to alarming statistics:

Things have only gotten worse due to the pandemic. These statistics seem dire, but there is hope.

Brain imaging is changing the way we think about mental health. There is a growing understanding in the field of psychiatry that mental health is really brain health. And experts, such as the journal Radiology, have validated the use of brain imaging in psychiatry. In 2021 the Canadian Association of Nuclear Medicine endorsed brain SPECT imaging for the assessment of:

To clarify, brain imaging is not used as a stand-alone diagnostic tool. The data must be analyzed in conjunction with other elements of a comprehensive psychiatric evaluation, such as a person’s history, neuropsychological testing, and more.

Some of the ways brain SPECT imaging can be beneficial is by helping identify the root causes of psychiatric symptoms, and by prompting psychiatrists to ask better questions to get to the source of a person’s symptoms.

In general, when the brain is working too hard or not working hard enough, it is associated with a wide range of emotional, behavioral, and cognitive health problems.

Our brain-imaging work at Amen Clinics has also shown that mental health problems are not single or simple disorders. They all have multiple types and each require targeted treatment plans. Giving everyone with ADHD, for example, the same treatment may help some people, but can make others worse. Think of how the standard ADHD treatment exacerbated Jarrett’s symptoms. Knowing which type you have can help find the most effective treatment.

One of the most exciting things we have learned from our brain-imaging work is that you’re not stuck with the brain you have. You can make it better. You can literally change your brain and change your life for the better.

Every day, your brain is changing. Either it is getting healthier and helping you think, feel, and act better, or it is getting unhealthier and making you feel sad, mad, anxious, forgetful, or stressed. In large part, it depends on your daily thoughts, decisions, diet, supplements, and habits.

11 Risk Factors That Harm The Brain

Based on our brain imaging work and more than 30 years of clinical practice, we have identified the 11 major risk factors that harm the brain and steal your mind. We developed the mnemonic BRIGHT MINDS to help you remember them.

The exciting news is that you can boost your brain health and mental well-being by adopting the following daily habits.

Boost blood flow. Engaging in regular exercise (anything you love that gets your heart pumping) and practicing meditation or prayer have been shown to improve blood flow.

Engage in new learning. To keep your brain active, learn something new. Take piano lessons, play a new sport, or learn a foreign language. And don’t retire! A 2021 study found that holding off on retirement decreases the rate of cognitive decline.

Know your family history. Find out if any of your relatives have had any emotional, behavioral, or cognitive problems. You may also want to consider genetic testing.

Protect your head. Wear a helmet while biking or skiing, hold the handrail when you walk downstairs, and don’t text while you’re walking or driving. If you’ve had a head injury, consider hyperbaric oxygen therapy (HBOT), which uses pure oxygen to accelerate the healing process. A brain SPECT imaging study in Plos One involving 56 people with mild traumatic brain injuries found that treatment with HBOT resulted in improved brain activity levels as well as significant improvements in cognitive function and quality of life.

Limit exposure to toxins. To avoid toxins, quit smoking and limit alcohol consumption. Use an app like Think Dirty to check if your personal care products or household cleaners contain toxins and eliminate those items from your home.

Seek treatment for mental health issues. Seeking treatment is not a sign of weakness, it is a sign of strength. Look for a professional who understands that brain health is the key to mental health and uses the least toxic, most effective treatments.

For example, neurofeedback is a non-invasive, interactive treatment that allows you to strengthen and retrain your brain to enhance emotional, behavioral, and cognitive health. A 2016 review of scientific studies on neurofeedback shows its benefits include better memory, improved focus, decreased anxiety, enhanced mood, less anger, reduced stress, and more.

If you’re struggling with the effects of past emotional trauma, a psychotherapeutic technique called EMDR (eye movement desensitization and reprocessing) can have a powerful effect. A 2014 review of 24 randomized controlled trials found that EMDR can be beneficial in the treatment of emotional trauma and adverse life experiences. What makes this therapy even more appealing is that some evidence shows it is more effective and produces results more rapidly than traditional psychotherapy.

Shore up your immune system and treat infections. Boost your vitamin D level and lower your stress. One of my favorite evidence-based immunity-boosting stress-management techniques is laughter. Watch a comedy on TV.

If you’re struggling with fatigue, brain fog, and other issues related to long COVID, you may want to consider HBOT, which was described earlier. A 2021 study on 10 people with long COVID found that 10 sessions of HBOT produced improvements in fatigue, cognition, attention, executive function, information processing, and verbal function. Other clinical trials are underway to assess the benefits of HBOT for long COVID.

Eat a brain-healthy diet. Eat organic colorful fruits and vegetables (especially berries and leafy greens), sustainably raised fish and meat, low-glycemic foods, high-fiber foods, nuts and seeds, and healthy fats (avocados, coconut oil, olive oil). As I like to tell my patients, only love foods that love you back!

In addition, it’s critical to take nutritional supplements to support optimal brain health. I recommend that everyone take a multivitamin, omega-3 fatty acids, probiotics for gut health, and vitamin D (if your levels are low). Other supplements with scientific evidence include GABA to help calm anxious brains; saffron to boost moods; rhodiola, ashwagandha, and green tea extract to support focus and energy; and phosphatidylserine to support memory.

When you learn to love and care for your brain every day, it helps you boost your mood, memory, focus, mental clarity, and sense of calm. Are you ready to make brain and mental health a daily practice?

Daniel G. Amen
MD
Daniel Amen, M.D., is an adult and child psychiatrist and founder of Amen Clinics with 11 locations nationwide. A 12-time New York Times bestselling author, he is considered one of the most influential experts on brain health. His new book, “Change Your Brain Every Day,” will be published March 2023.
SHARE
Friends Read FreeCopyFacebookTweet
SHARE
Friends Read FreeCopyFacebookTweet
You May Also Like