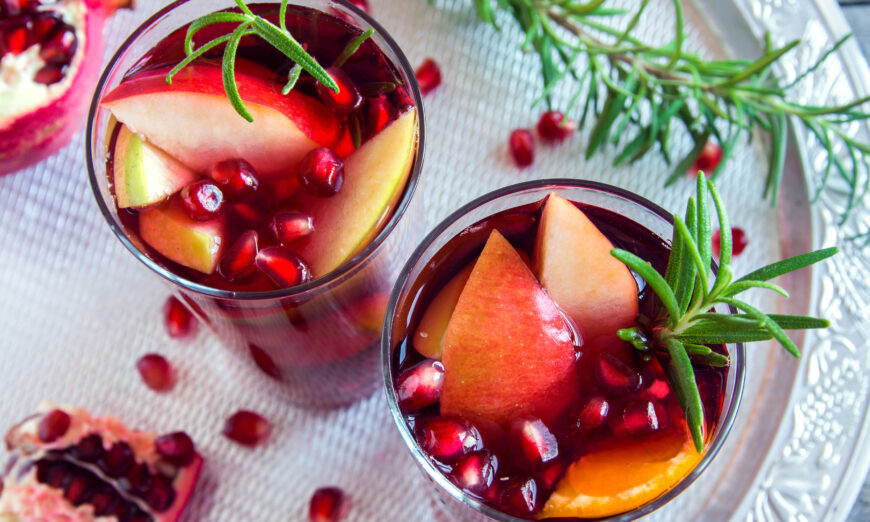 Urolithin A, a metabolite of ellagitannins in pomegranates, boosts immune cells’ ability to combat tumors by inducing a process known as mitophagy.

Globally, colorectal cancer is the third most-diagnosed cancer, with a high mortality rate in its advanced stages. One reason for its lethal effects is the ability of tissue around the tumor — or the tumor microenvironment — to suppress tumor-fighting immune cells. With the body’s immune T cells restricted, the tumor is able to grow and spread.[1]

A compound produced from substances in pomegranates, known as urolithin A, has emerged as a powerhouse player in the fight against cancer, however, as it may naturally boost tumor-fighting immune cells to help combat the disease.[2]

Urolithin A (UA) is a metabolite of ellagitannins in pomegranates.[3] Researchers from the Georg-Speyer-Haus in Frankfurt am Main, Germany, revealed that UA “recycles and renews mitochondria” by inducing a certain biological pathway.

Your mitochondria are often called the powerhouse of cells due to their roll in energy production. UA induces a process known as mitophagy, by which old, damaged mitochondria in T cells are replaced with new ones. Mitophagy refers to “a cytoprotective process that limits both the production of ROS and the release of toxic intramitochondrial proteins.”[4]

In other words, mitophagy is the process of cleaning out your mitochondria, allowing them to function at their best, which is crucial for normal cellular functioning and homeostasis,[5] and thus for health and longevity. The process changes the T cells’ genetic program, making them more able to fight the tumor. According to a Georg-Speyer-Haus news release:[6]

“The researchers demonstrated the therapeutic potential of urolithin A in two ways: On the one hand, urolithin A can be used as a food in the preclinical model, which limits tumor growth and even acts synergistically with existing immunotherapy.

On the other hand, the benefits of urolithin A were also observed on human T cells. In vitro treatment with urolithin A ‘rejuvenates’ human T cells, producing memory T memory stem cells in the laboratory.”

In an upcoming clinical trial, UA will be used in people with colorectal cancer to determine its effectiveness. Study author Dr. Dominic Denk of Frankfurt University Hospital noted, “Our findings are particularly exciting because the focus is not on the tumor cell but on the immune system, the natural defense against cancer … We hope to use this to sustainably improve the therapy of colorectal cancer, but also of other cancers.”[7]

UA not only may play a role in cancer but also other age-related diseases, which are often the result of a buildup of dysfunctional mitochondria. “It’s the only known molecule that can relaunch the mitochondrial clean-up process, otherwise known as mitophagy,” Patrick Aebischer, who co-authored a 2016 study on UA’s ability to induce mitophagy,[8] explained. “It’s a completely natural substance, and its effect is powerful and measurable.”[9]

In a study involving nematode C. elegans (roundworms), lifespan increased by more than 45% when the worms were exposed to UA. In rodent studies, older mice also experienced antiaging benefits from UA, including 42% better endurance than control mice of the same age.[10]

One caveat: Gut microbes are required to metabolize ellagitannins, which are found in pomegranate, into UA. But with age, alterations in the microbiome leads to reduced production of UA. According to the Immunity study, older adults produce less than half the UA as younger people.[11]

Studies involving concentrated forms of UA have shown that dietary supplementation may also be capable of inducing mitophagy and slowing the progression of aging-related diseases.[12] Human clinical trials have also been promising. When healthy but sedentary older adults were given UA over a four-week period, it induced a molecular signature that suggested improved mitochondrial and cellular health.[13]

Interestingly, in a study of healthy adults, only 12% had detectable levels of UA at the start of the study, but about 40% were able to convert ellagitannins into UA following the intake of pomegranate juice.[14] Those who produced UA had significantly higher diversity in their gut microbiome, along with a higher ratio of the bacteria Firmicutes to Bacteroides. However, supplementation with UA led to a more than six-fold exposure to UA compared to drinking pomegranate juice.

Pomegranate, Urolithin A for Cancer Treatment and Prevention

UA has anti-inflammatory and anticancer effects, making it a promising compound for cancer treatment and prevention. The substance has proven beneficial in models of pancreatic cancer, and it’s suggested that it may be useful for preventing immune suppression that’s associated with chronic inflammation in cancer.[15] Further, as noted in a study published in OncoTargets and Therapy:[16]

“Growing studies have found that urolithin A downregulates multiple tumor pathways in colon, prostate, and bladder cancer through downregulating several oncogenes such as mTOR and K-Ras, upregulating tumor suppressor genes such as p53 and EGFR.”

That study referred to UA as a “natural anticancer drug” that “can be used as a first-line chemotherapeutic drug combination candidate to prevent drug resistance.”[17] The researchers found UA inhibited the epithelial-to-mesenchymal transition (EMT), which plays a fundamental role in tumor progression.[18]

Previous research has also shown the antioxidants in pomegranate can inhibit cell proliferation and invasion, and promote apoptosis (programmed cell death) in various cancer cells, including breast[19] and prostate cancer cells.[20] According to the authors of a 2012 study on prostate cancer:[21]

“The results of apoptotic analyses implicated that fruit juice might trigger the apoptosis in DU145 cells via death receptor signaling and mitochondrial damage pathway … 11 proteins were deregulated in affected DU145 cells with three upregulated and eight downregulated proteins.

The analytical results of this study help to provide insight into the molecular mechanism of inducing prostate cancer cell apoptosis by pomegranate fruit juice and to develop a novel mechanism-based chemopreventive strategy for prostate cancer.”

In another study,[22] men with prostate cancer who drank 8 ounces of pomegranate juice daily significantly lengthened the time it took for their prostate-specific antigen (PSA) levels to double — from about 15 months to 54 months. Men whose PSA levels double in a short time are at an increased risk of death from prostate cancer, so the results suggest that pomegranate had a powerfully protective effect. Another study, published in PLOS Biology, explained:[23]

“Among urolithins, UA shows anticancer, anti-inflammation, and antiaging effects and has demonstrated compelling biological activities. The direct effects of UA have been studied in different types of cells in vitro, including human prostate and colorectal cancer cells and B16 melanoma cells. In these experiments, UA consistently prevented cancer cell proliferation and metastasis, arguing for a potential anticancer effect of UA.”

UA has benefits beyond cancer control, including improving skeletal muscle performance and mitochondrial health in older adults. In a trial of 66 people who received either 1,000 milligrams of UA or a placebo daily for four months, the UA group had a significant improvement in muscle endurance, based on the number of muscle contractions to fatigue — in both hand and leg skeletal muscles.[24]

This is a good thing, as brown fat is a beneficial form of fat that may generate heat and burn glucose and fats through a mitochondrial reaction mediated by mitochondrial uncoupling protein 1 (UCP1).[27]

Taken together, not only did researchers describe UA as “a potent antiobesity agent with potential for human clinical applications,” but they also detailed additional benefits beyond weight loss:[28]

“Besides the antiobesity effect, UA causes a series of beneficial metabolic effects, including improved insulin sensitivity and reduced systemic inflammation and fatty liver, which are at least partially due to weight loss … UA enhances adipose tissue production of T3, which subsequently activates transcription and translation of the thermogenic genes PGC1a and UCP-1, leading to higher EE [energy expenditure] and lower body weight.”

Beyond UA, the antioxidants in pomegranates also help quench inflammation that contributes to the destruction of cartilage in your joints, a key reason for the pain and stiffness felt by many osteoarthritis sufferers. One study even found that pomegranate juice blocked the production of a cartilage-destroying enzyme.[29]

How to Eat Pomegranate

Many of pomegranate’s — known as “the jewel of autumn” — beneficial polyphenols are stored in the peel, which is why pomegranate peel powder is one of my favorite supplements.

Research shows pomegranate peel contains more than twice the amounts of antioxidants — specifically phenolics, flavonoids and proanythocyanidins — than the pulp, for instance, and has been shown to protect low-density lipoprotein against oxidation to a far greater degree than pulp.[30][31]

You can also sprinkle the arils (the juice-filled seed sacs) over salads or cooked dishes. Inside each aril is a crunchy fiber-rich seed. While some people spit the seeds out, you can eat the aril whole, seed and all. To get the arils out, following this simple three-step process described by the POM Council:[32]