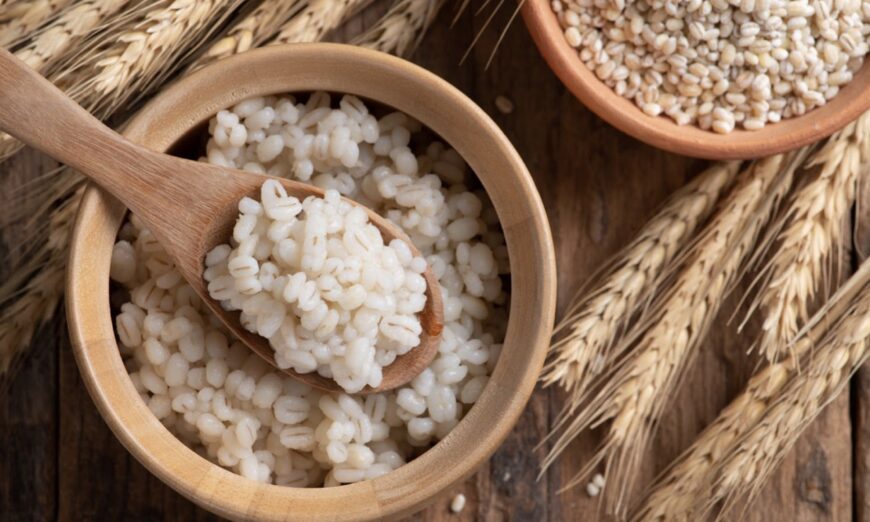 Barley is a grain with medical and dietary benefits. The nutritional value of barley has attracted the public’s attention in recent years. Many studies have shown that barely can improve the intestinal environment, relieve constipation, and reduce visceral body fat.

In 2007, research from Japan showed that barley could reduce visceral body and low-density lipoprotein cholesterol. Forty-four hypercholesterolemic Japanese men with a body mass index above 22 kg/m2 (weight in kilograms and height in meters squared) were randomly assigned to two groups.

A second type of barley, called glutinous barley, is also beneficial to health, as revealed by research conducted by the Western Japan Research Center. The research was published in the Journal of Physiological Anthropology in 2017.

Per guidelines from the research team, caregivers in a retirement home provided elderly residents with rice mixed with glutinous barley as a staple food for five months.

The research found that among the 28 elderly on the diet, whose average age was 89, 14 who suffered from constipation increased their number of bowel movements significantly, with a monthly increased average of 9.2 times to 12.1 times indicating that sufficient dietary fiber intake, such as that provided by the barley, could promote the elderly’s peristalsis. Also, the use of laxatives was reduced remarkably.

Barley is rich in carbohydrates, protein, soluble dietary fiber β-glucan, insoluble dietary fiber, vitamin B, and more. Dietary fiber is beneficial to the body and helps to relieve constipation and reduce weight. The β-glucan in barley can inhibit the rise of postprandial blood glucose levels, reduce cholesterol levels, and feed the intestinal bacteria, thus regulating the intestinal environment and improving peristalsis.

Improving the intestinal environment is not only a matter of correcting constipation—maintaining good intestinal gut microbiota also plays an important role in overall health.

Japan ranks among the countries with the highest life expectancies in the world. More specifically, the number of centenarians in Kyotango city is three times more than that in Kyoto Prefecture. According to the Kyotango government statistics, there are 124 centenarian citizens as of Sept. 1, 2022, and 237 centenarians in every 100,000—3.3 times higher than the national level in the rest of Japan.

Prof. Yuji Naito, Department of Research, Kyoto Prefectural University of Medicine, studied the “secrets” of the centenarians in Kyotango city. He discovered significantly more Clostridium butyricum in the elderly’s intestines than in the elderly in the adjacent Kyoto city.

Yuji surmised that the local elderly had a large amount of Clostridium butyricum in their gut microbiota associated with the high fiber in their diet. The metabolism of Clostridium butyricum can increase the number of immunocytes and reduce inflammation, it also functions as protection for the cerebrum and the central nervous system. “Maybe this is one of the critical reasons for their longevity.”

According to Yuji, research on genetic analysis of intestinal bacteria in ancient people showed richer and greater variety than that in modern people. The nutrients and materials needed for optimum health cannot be produced without a great variety of genetic intestinal bacteria. However, the modern diet, containing many unhealthy foods, including animal fats, sugar, and processed foods, leads to the reduction of the number of Clostridium butyricum in the intestine in the intestinal environment.

According to the Japanese government’s guidelines in 2020, the intake amount of dietary fiber is at least 21 grams per day for males 18 to 64 years of age and at least 18 grams for females.