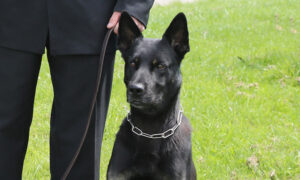 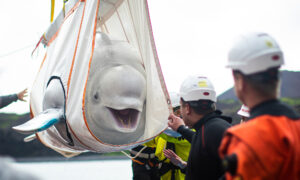 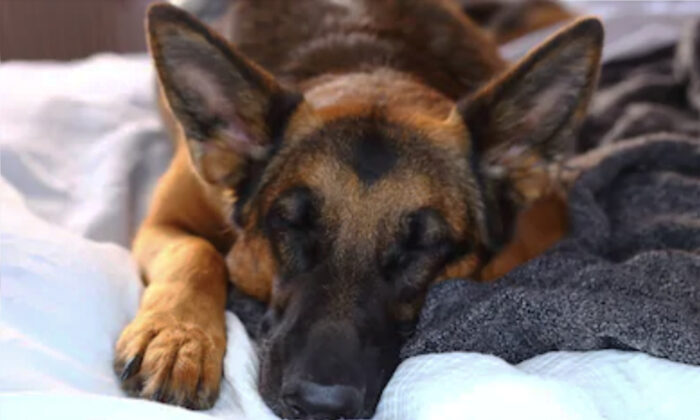 A German shepherd named Rex literally took multiple bullets for his human family in a heroic act in Washington state. The brave dog was with his best friend, then-16-year-old Javier Mercado, in their house in Des Moines, Washington, when a group of armed robbers broke in.

Javier’s older brother was at the gym and his parents were at work when he saw a strange car parked outside. Then he heard pounding at the door. It soon became clear the men were up to no good when he heard “the sliding door just shatter,” as he told The Seattle Times.

He managed to hide away in the closet upstairs. He dialed 911 and told the police that a robbery was in progress. The intruders were literally tearing the house apart and stealing the family electronics, including Javier’s laptop, a gaming console, and a TV, as well as clothing and shoes.

Rex did not allow them to pull off the robbery without a fight, however, and confronted the attackers directly. The dog was beaten and shot at several times in the process.

“Rex’s instinct to protect his home and his best friend took him downstairs, and he attacked the burglars,” Javier’s aunt, Susy Cadena, later recounted on a GoFundMe page for Rex’s recovery.

Javier heard one of the assailants shout “Get the dog! The dog bit me!” and Rex being attacked, as he told the Seattle Times. Finally, Rex returned upstairs to Javier’s hiding place to check on his friend’s safety.

Unfortunately, the robbers, too, were making their way upstairs. Suzy Cadena explained that when they got close to the walk-in closet where Javier was on the phone, “Rex came out with the little strength he had left in him and threw himself at them as he knew my nephew was in danger.”

That’s when Javier heard the awful sound of four gunshots, two or three of which struck Rex. “He cried every time he got hit,” Javier said. The German shepherd was shot in the neck, right front leg, and rear left leg, and was bleeding badly. Thankfully, the sound of approaching police sirens sent the robbers fleeing.

When police arrived, they found the dog barely alive.

Thankfully, Rex’s life was saved due to Jan Magnuson, an officer for animal control in Des Moines, who managed to get the dog to BluePearl Veterinary Partners in nearby Renton, Washington. “He was protecting his home and his family,” Magnuson told the Seattle Times. “I am thrilled that he survived. To be honest, when I first saw him, I didn’t think he’d make it.”

Rex had extensive surgery, and the family issued an urgent appeal for donations. The initial goal of $10,000 was surpassed six times over, so greatly was Rex’s bravery appreciated. The vets were able to clean the bullet wounds and stitch up his other wounds, but there are still fragments of one bullet lodged in his neck that couldn’t be removed.

The most important thing for Javier’s family is that he made it out alive. He’s now receiving treatment from a pet psychologist to deal with “post-traumatic stress,” as Suzy Cadena explained.

Meanwhile, Rex was given the “Heroic Dog Award” by PETA “for going above and beyond—at great personal risk—to protect his family from robbers.” A fitting reward for a fearless, selfless dog.