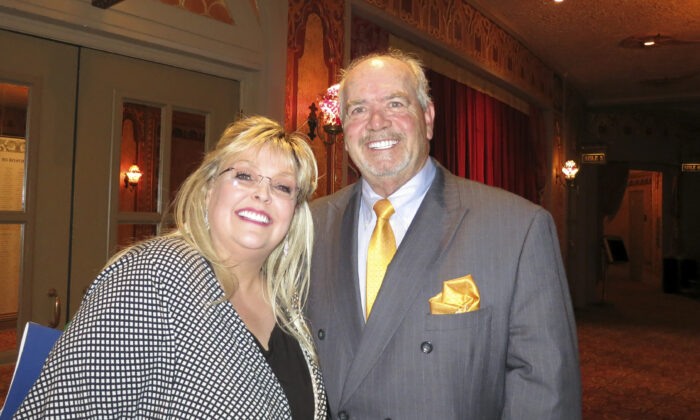 KNOXVILLE, Tenn.—Although the Chinese Communist Party holds power in China, they do not represent the people of the nation. Shen Yun Performing Arts is sharing the beauty of China before communism with audiences around the world.

Greg Hutchens, a health and safety professional, used to be a professor in China. He saw firsthand how the people of China wish for an end to communism. After experiencing Shen Yun, he shared his thoughts on the performance and his time in China.

“[Shen Yun] is very transcendent. It’s much like Chinese culture. I lived and worked there for many years,” said Mr. Hutchens.

“They do not want communism, they want freedom. They want American capitalism, capitalism of any kind,” he elaborated.

“But you have to be a member of the Communist Party to be a teacher, to be a doctor, to be a lawyer. You have to pay under the table. They don’t like communism, but people are good, they’re wholesome. They love family.”

Having lived in China, Mr. Hutchens could tell that today’s society was also approaching a dangerous place.

“Today’s family is falling apart. When the family falls apart, the culture and the country follow,” he said.

“The community and the society falls apart,” added Lynne Hutchens, his wife.

Shen Yun is based in New York and each year it puts on an all-new production that portrays scenes in the heavens as well as China’s 5,000 years of history. Even dances that portray modern-day China are filled with hope.

“They portrayed an innocence and beauty about life and living before communism came in and crushed that beauty. Being able to see this reminds us of what can be again and inspires us to want that again,” said Ms. Hutchens.

“This was beauty and light, communism is oppression and darkness,” added Mr. Hutchens.

Audiences around the world have found that seeing Shen Yun gave them a sense of hope.

“It shows the good in people, that the divinity in each one of us can overcome that ugliness,” said Ms. Hutchens. “[We] can triumph over that oppression, through self-expression and through values that are shared in a community.”

Mr. Hutchens said that the pandemic caused a lot of “worries and concerns” and added that seeing Shen Yun “is a release. It goes back to a simpler time when values were much more apparent in individuals and in family life.”

Shen Yun is filled with spiritual meaning, including the belief that good will be rewarded and evil punished.

“We’re all a piece of divinity and we have a purpose to learn so we can go back home and become even greater,” said Ms. Hutchens.

“We come from somewhere before this earth, we lived in another time and we come here with divinity in our spirits—we have nobility in our souls. Part of the reason we’re here is to find what that purpose is, and to bring glory to that individual who brought us here,” added Mr. Hutchens.