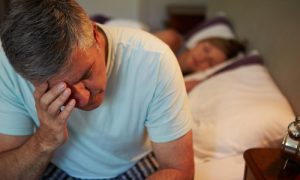 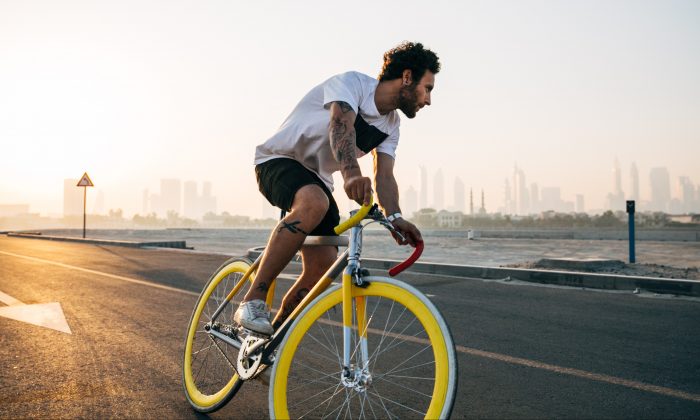 The preventative power of exercise can protect men from the devastating effects of stroke, researchers found. (Jonny Kennaugh/Unsplash)
Fitness & Nutrition

Researchers have found that getting fit can have a large effect, at any age
By Reuters
biggersmaller
Print

Low fitness levels have long been tied to higher risk for heart problems. Now researchers say men’s cardiorespiratory fitness is tied to their risk for stroke as well.

Researchers in Norway followed 2,014 middle-aged men for more than 20 years. Those who were unfit for the whole study period, or who started out fit but became less so, were twice as likely to have a stroke as those who stayed fit or became fit, they reported in the journal Stroke.

“Stroke is a devastating condition that can be lethal and leaves most patients disabled or speech impaired for life,” said lead study author Dr. Erik Prestgaard from Oslo University Hospital in a phone interview.

“Prevention is important,” he added, “and patients can directly change their fitness.”

The men in the study were enrolled in 1972-1975 at ages 40 to 59. At the start and again seven years later, their cardiorespiratory fitness was assessed with a bicycle test and with measurements of blood pressure and heart rate.

Researchers then followed the men’s health for about 24 years through medical records and national registries.

Based on the men’s cardiorespiratory fitness trend between the initial assessments seven years apart, about 39 percent of them “remained fit” (i.e., maintained an average fitness level throughout). Another 39 percent “remained unfit” (started out below average and stayed there). Eleven percent “became unfit” (dropped from above average), and another 11 percent “became fit” (improved from below average to above average).

Overall, 199 men had strokes, with the highest risk seen among those who became unfit.

The average age of first stroke was 73 in both of the unfit groups, 75 in the “remained fit” and 77 in the “became fit” groups, the study team notes.

“You would expect that fitness would reduce the risk of stroke, but we were surprised by the large reduction,” Prestgaard said. In further analyses, he added, “each small improvement in fitness helped.”

Future studies should confirm these findings using better measures of cardiorespiratory fitness than were available in the 1970s, the authors note.

In addition, fitness levels should be evaluated based on gender, race and ethnicity, body composition, medications, smoking status, and nutrition, said Dr. Jari Laukkanen of the University of Eastern Finland in Kuopio, who wasn’t involved in the study.

“Research is needed to show if decreased stroke can be achieved by incorporating regular exercise and following the widely recognized recommendations for physical activity,” he told Reuters Health by email.

The recently updated Physical Activity Guidelines for Americans say adults should do at least 150-300 minutes of moderate-intensity activity per week and muscle-strengthening activities at least two days per week.

“Fitness recognizes no age, and it’s never too old to start exercising,” said Peter Kokkinos of the Veterans Affairs Medical Center of Washington.

“This study shows that exercise benefits last for years, and you can see the difference all the way to 25 years,” he said in a phone interview. “Early changes have lasting effects.”