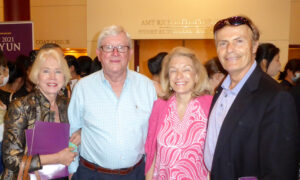 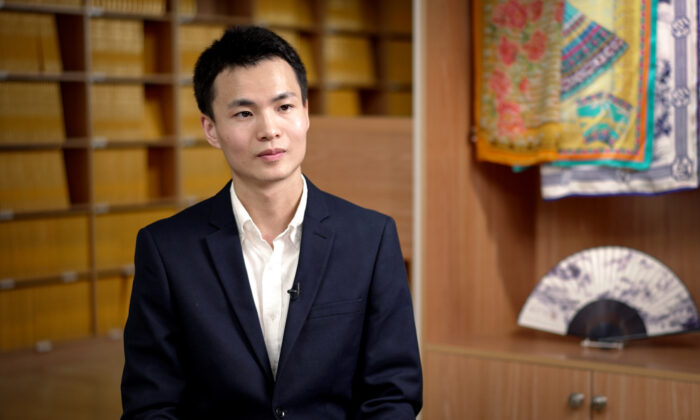 Faith and Freedom: One Shen Yun Dancer’s Escape From China

Zhao Jiheng’s life turned upside down when he was just 8 years old.

“One day, I came home, and my parents had disappeared,” Zhao said. His parents, like tens of millions of others in China, had been targeted by the Chinese Communist Party (CCP) because of their religious faith. Overnight, the estimated 70 million to 100 million adherents of Falun Gong, also known as Falun Dafa, would go from being known to the general public as kind people who practiced meditation and followed “truthfulness, compassion, tolerance” to being branded enemies of the state in 1999.

Zhao’s father would be subjected to torture and then spend the next several years on the run, and his mother would be illegally arrested and detained for varying lengths of time, randomly and frequently. This meant Zhao could come home from school one day and find the door locked, only then realizing that the police had taken his mother again. Homelife had been upended; Zhao stayed with his disabled grandmother at times and also, at other times, with any relative who could take him in.

The 8-year-old Zhao would ask, “Why is my mother gone? Why is my father gone?”

“They didn’t tell me because I was so young and couldn’t understand,” Zhao said. “But slowly, I began to understand. It was because they stood up for the truth and dared to say ‘Falun Dafa is good’ that they were targeted by the state.”

Those who are unfamiliar with communist societies find Zhao’s story incomprehensible and shocking—that a nation’s supposed government could turn an entire people against a particular group of good citizens at the drop of a hat. As society started to repeat the CCP’s slander about Falun Dafa, Zhao started to face bullying and abuse in school, and the police began ransacking his house. During the times when his mother was home, police would try to manipulate him into telling her that she was being cruel to him by not giving up her faith so that he could have an easier life.

The CCP utilized the entire state apparatus toward its goal of ruining the reputations, lives, and livelihoods of these spiritual believers, thinking it could eradicate a belief system within just a couple of years. But the truth and the kindness of the human heart have prevailed.

You wouldn’t know it today, but Zhao was a very sickly young boy. He was frequently ill, and he had a recurring condition of random seizures and blackouts that resulted in emergency room visits. At the hospital, confounded doctors suggested a lobotomy. When modern medicine failed to provide answers, Zhao’s mother turned to physicians of traditional Chinese medicine, who proved equally stymied.

Zhao’s miraculous turn toward health was one of his first encounters with Falun Dafa. The spiritual practice includes five meditative exercises in addition to adhering to the principles of “truthfulness, compassion, tolerance,” and when it was introduced to the Chinese public in the early 1990s, it caught on like wildfire. There were mental, spiritual, and physical health benefits, and Zhao was one of many who reported that the illnesses that long plagued him all but disappeared.

It certainly hadn’t been an easy life back when he knew that he could blackout and hit his head on the ground at any moment. With sincerity, Zhao said, “Falun Dafa gave me a second chance at life.”

When his parents took up the spiritual practice, he did too, because the three principles of Falun Dafa made it clear to him that this was teaching people how to be good and kind. It made the sudden persecution of Falun Dafa practitioners all the more confusing and heartbreaking for Zhao. It’s not uncommon for people in China to know someone who practiced Falun Dafa and was killed by the CCP for it, he added. Eleven of his mother’s friends have died.

“The CCP is an atheistic regime, and its motto is to struggle against heaven, struggle against the earth, and struggle against your fellow man,” Zhao explained. From its beginning, the CCP has tried to root out religions and spiritual beliefs. “It wants people to be materialistic and only self-interested. As a result, it’s made the morality of modern China very bad,” he said.

Their Chance at Freedom

Because of their faith, Zhao’s family members were blacklisted and weren’t able to obtain passports. But in 2007, when he was 16, an opportunity to leave the country arose. His family followed a group of other people trying to get out of China and make their way into Thailand, seeking their chance at freedom.

“I knew it would be dangerous, but I don’t think I could have imagined what the experience would be like,” Zhao said. In the dead of night, dozens of people packed into the back of a truck, lying flat under cargo, and would be dropped off in the middle of nowhere to wait for who knows how long for the next vehicle to pick them up. He should have been scared, Zhao acknowledged in retrospect, but he felt, somehow, that he was being protected by God. Even when he was waiting in the dark out in the wilderness, not knowing whether the next person he met would be the police or the smugglers, or if the next leg of the journey would proceed at all, he thought the risk was worth it. Life without the freedom to practice your faith is not life at all, he said.

The hours passed, and the journey continued. Zhao’s family and several others made it across the border and then into Thailand, ready to begin life anew.

In Thailand, Zhao would regularly go to the tourist attractions with fliers containing information about Falun Dafa, and tell visiting mainland Chinese the truth about the persecution taking place. He wanted them to know “Falun Dafa is good,” Zhao said, and every person who showed a spark of understanding gave him more hope.

Imagine the emotions Zhao felt when he saw a tale that could have been his own played out onstage.

In the story of a family who believed in truthfulness, compassion, and tolerance, and was torn apart by the CCP, the child was left without parents. Zhao wasn’t shocked at the similarities—he knew that the cruelty of the communist regime extended to families across China—but he was deeply moved that others were using art to tell the world the truth about this brutal persecution. To be part of this effort became Zhao’s goal.

Based in New York, Shen Yun is filled with artists whose stories are similar to Zhao’s. Many of them left China and made their way to America, pursuing the freedom to practice their faith and express their beliefs in life and art. And contrary to what one might expect, Shen Yun’s mission is not political. It is one of restoring traditional culture. The principles of truthfulness, compassion, and tolerance guide the artists, and the dances and stories on the stage show China’s authentic culture, from back when the civilization was believed to be divinely inspired and society centered around the idea of harmony between heaven, earth, and humankind.

It was a culture with a saying that there are gods three feet above one’s head, Zhao said, meaning that the heavens are always watching, and thus people strove toward a high moral standard.

“From the music, to the style of dance and movements, to even the backdrops, the color coordination, the costumes—the production is rooted in traditional culture‘s aesthetics,” Zhao said. “We present something bright and filled with hope.”

Today, Zhao is one of the dancers in Shen Yun’s seven touring companies, and he gets to perform all around the world, except in China, where Shen Yun and Falun Dafa are still banned.

He has even played a part in one of the storytelling dances that touches on the persecution of Falun Dafa practitioners in China—but not in a role resembling his own life.

“Actually, I played one of the bad police officers,” Zhao said lightly. The ones in Shen Yun portrayals are stock antagonists, he explained, and not nearly as evil as those he encountered in real life. By the time the role came around, he had long stopped harboring any ill will toward them. He talked about being able to help the female dancer portray a young girl who would lose a parent to a brutal persecution, sharing his own experience in hopes of contributing to the team.

There was a time when he did hate the police and CCP agents who tore his family apart, Zhao said. But the principles of truthfulness, compassion, and tolerance, and his encounter with Shen Yun turned that hate into something else, something beyond forgiveness. Zhao said he realized that these policemen who tried to pit him and his mother against each other, who ransacked his home and stole the money he carefully saved, and who harassed the family on holidays were themselves deceived. They’d been drowned in CCP propaganda and were just following orders, not knowing the truth of their situation. Zhao hopes deeply that these people can still encounter the truth. And if he could, he would invite them to see Shen Yun.

“Everyone has a good side in their hearts, which is just covered up by the evil CCP. When they understand the truth, I think they will wake up. They will not choose to do this kind of thing [the CCP’s bidding],” Zhao said.

“Audiences leave our performances with joy and an uplifted heart, because this divinely inspired culture shows something upright and full of beauty.”