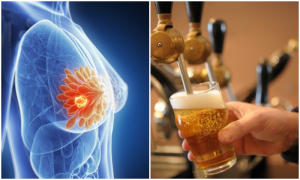 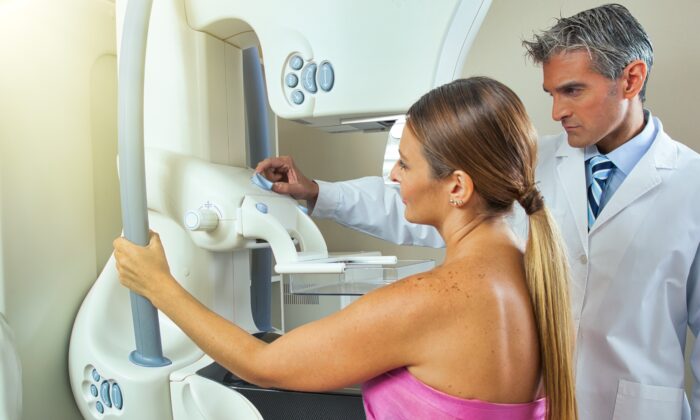 Early Cancer Screening Not Beneficial for Women in Their 40s

In a study published in The Lancet Oncology, scientists analyzed the effectiveness of breast cancer screening in Great Britain. The researchers concluded that mammograms beginning at age 40 or 41, as opposed to the recommended age 50 by the NHS, were associated with a relative reduction in breast cancer mortality.

They noted that a 2010 study found that early screening in ages 40 or 41 to 48 resulted in an 18.1 percent false positive rate which resulted in cytology and surgical and nonsurgical biopsies in women who ended up not actually having cancer. Even so, they still reported that their own study showed a statistical reduction of mortality in the first 10 years.

Other experts found the data from this study showed no statistical differences, and even the study’s researchers noted that “the absolute reduction remained constant.” They also admitted that “after more than 10 years of follow-up, no significant reduction was observed” and that “overall, there was no significant difference” in breast cancer deaths—just as their critics said.

According to the American Cancer Society, 73 percent of women over 45 had a screening mammogram within the past two years. In the United States, these percentages add up to an overwhelming number of women. There were 61.91 million women from age 40 to 70 in July 2019.

Assuming a woman stops having mammograms at age 70, there may have been 45.19 million women who have had a mammogram in the past two years. When you consider the average cost of a mammogram is $100, the total revenue generated may be close to $4.5 billion. Although your out-of-pocket expense may not be $100 per test, someone is paying the charges.

This may be one explanation for why women continue to get recommendations for screening mammograms, despite a lack of evidence these tests can reduce mortality and mounting evidence they may in fact cause harm.

No Answers From New Study About Early Mammograms

The UK Age trial was designed to compare annual mammograms in women who begin getting the test at age 40 to those beginning at age 50, against cancer mortality. The first results of the trial were published in The Lancet in 2015 after 17 years of follow-up.

The study enrolled 160,921 women from October 1990 to September 1997. Of these women, 53,883 joined the intervention group in which they received a mammogram nearly every year until age 48. Another 106,953 women were in a control group who received usual medical care, in which they didn’t receive their first mammogram until at least age 50.

From the start of the study until February 28, 2017, the women were followed for a median of 22.8 years. During this time, the researchers believe their statistics showed a reduction in breast cancer mortality at 10 years of follow-up but no significant reduction after age 50.

Yet, not every expert interpreted the results the same. One paper, titled “Breast Cancer: Study Claiming That Screening Women in Their 40s Saves Lives ‘Found the Opposite,’ Say Critics,” was published in the BMJ. A second opinion was published in The Lancet, in which the author said:

“No difference in mortality from breast cancer was found between the group that began yearly mammography screening at age 39-41 years until they entered the National Health Service (NHS) Breast Screening Programme at age 50-52 years and a group that did not begin mammography screening until they entered the NHS Breast Screening Programme.”

“… overall there was no mortality reduction in the intervention group compared to the control group by the end of follow-up.”

“One surprising aspect of the report by Duffy and colleagues is the conclusion that no overdiagnosis of breast cancer occurred in either group beyond that which would occur when screening those aged 50 years and older. Because overdiagnosis appears to increase with age, it is possible that overdiagnosis occurred in both groups after the age of 50 years, but could not be detected because of the design of the trial.”

The third response to this research paper, also published in the BMJ, was written by Hazel Thornton, honorary visiting fellow, department of health sciences at the University of Leicester. In it, she also finds the statistics don’t support the conclusion reached. She has been a long-term critic of overscreening and explained why in her testimony before the United Kingdom’s House of Commons Health Committee on breast cancer services as a witness in 1995.

She was asked why she thought the NHS Breast Screening Programme was “a costly trawl of an asymptomatic public group … creating huge costly psychological and physical morbidity.” To which part of her answer was because it “focuses on the women who benefit, in other words, the one life that is saved, and it overlooks the hundreds of women that go through the process and in some cases suffer psychological harm for that one. It is unbalanced and disproportionate and should be reviewed, in my opinion, at the moment.”

There are critics who claim arguments such as Thornton’s overestimate the potential harm associated with overscreening for breast cancer. Yet their arguments have no answer for the numerous studies that demonstrate overscreening and overdiagnosis of breast cancer is a significant emotional and financial issue.

In 2014, the BMJ published a 25-year follow up from the Canadian National Breast Screening Study in which the researchers found 22 percent of the screening-detected invasive breast cancers were overdiagnosed.

“Annual mammography in women aged 40-59 does not reduce mortality from breast cancer beyond that of physical examination or usual care when adjuvant therapy for breast cancer is freely available,” they concluded.

In a Cochrane review of the literature to analyze the efficacy of screening mammograms, researchers found eight trials that met the review criteria, which included 600,000 women from ages 39 to 74. After an analysis of the data, they discovered that—as Thornton testified—for every 2,000 women screened over 10 years, one avoids dying of breast cancer, and 10 will be treated unnecessarily.

Additionally, more than 200 women will undergo psychological distress and uncertainty for years after receiving false-positive findings. A cohort study published in the Annals of Internal Medicine engaged participants in Denmark from 1980 to 2010.

They also found screening didn’t lower the incidence of advanced tumors and concluded it was likely ”that 1 in every 3 invasive tumors and cases of DCIS [ductal carcinoma in situ] diagnosed in women offered screening represent overdiagnosis (incidence increase of 48.3 percent).”

In 2012, The New England Journal of Medicine published a research paper by two scientists who examined more than 30 years of data trends looking at the incidence of early- and late-stage breast cancer in women 40 years and older. What they found caused some controversy, which led one of the authors to produce a short video explaining the results.

The expectation that doctors would find a greater number of early-stage cancers should have been accompanied by a comparable reduction in the number of women who presented with advanced cancer. This wasn’t the case, suggesting there is a substantial number of women who are overdiagnosed, and that “screening is having, at best, only a small effect on the rate of death from breast cancer.”

In this video, the presenter makes the point that nearly “half of screen-detected breast cancer now represent overdiagnosis.” The harm from overdiagnosis doesn’t stop with the psychological distress it causes a woman and her family. It also leads to overtreatment, and treatment often begins with a biopsy.

However, research published in their journal in 2017 concluded that core needle biopsies increase the risk of distant metastasis (the spread of cancer to other organs) 5 to 15 years after breast cancer had been diagnosed. This happened at higher rates than in women undergoing an FNA. A second study published earlier concluded both types of biopsies put a woman at risk for metastasis, concluding:

“Manipulation of an intact tumor by FNA or large-gauge needle core biopsy is associated with an increase in the incidence of SN [sentinel node] metastases, perhaps due in part to the mechanical disruption of the tumor by the needle.”

False-positive mammograms cost the United States $4 billion each year when treatment has started after a misdiagnosis, including chemotherapy and mastectomies, only to find the tumor is benign. This places an extraordinary emotional, mental, and financial burden on the woman and her family.

The mammogram itself doesn’t come without risk. Mammograms use ionizing radiation in relatively high doses, which contributes to the development of breast cancer. In a 2016 study, the authors write, “Ionizing radiation as used in low-dose X-ray mammography may be associated with a risk of radiation-induced carcinogenesis.”

According to one study, annual screening using digital or screen-film mammography on women aged 40 to 80 years is associated with a lifetime risk of increased induced cancer and a fatal breast cancer rate of 20 to 25 cases per 100,000 mammograms. In other words, for every 100,000 women who get an annual mammogram, there will be 20 to 25 cases of fatal cancer in their lifetimes as a result.

Although mammography is most often recommended, women have choices for diagnostic tests that don’t use radiation. Women should be provided with information to make informed decisions and be allowed to use their choice. Other potentially safer options include self and clinical breast exams, thermography, ultrasound, and MRI.

Thermography and ultrasound use no radiation and can detect abnormalities that mammograms may miss, especially in women who have dense breast tissue. While effective, these tests can be difficult to access in the United States.

It’s crucial you know your vitamin D level, which is vital to several health conditions and optimizes it to protect your health. Conventional medicine may have led women to believe that simply getting an annual test will protect them from breast cancer. However, leading a healthy lifestyle and getting informed of your screening options can help you avoid this potentially deadly pitfall.

Dr. Joseph Mercola is the founder of Mercola.com. An osteopathic physician, best-selling author, and recipient of multiple awards in the field of natural health, his primary vision is to change the modern health paradigm by providing people with a valuable resource to help them take control of their health. This article was originally published on Mercola.com, please visit for study links.