Doctor Wishes for Shen Yun to Perform in China 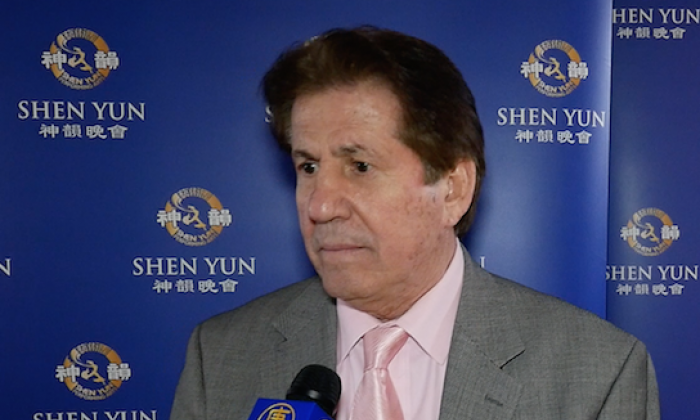 NEW YORK—It was the first exposure to Chinese culture for Francesco Naccari, who experienced Shen Yun Performing Arts at the David H. Koch Theater at Lincoln Center on Jan. 10.

He talked zestfully about the colors, costumes, and dances of the New York-based company whose mission is to revive 5,000 years of traditional Chinese culture.

But then he turned solemn. “I’m a little upset,” he said, remembering that the emcees mentioned Shen Yun is unable to perform in China. “That’s ridiculous,” he said. “It’s a beautiful show.”

Under decades of communist rule, China’s traditional culture has been all but lost. The Shen Yun website explains: “The company’s mission is to use performing arts to revive the essence of Chinese culture—traditionally considered a divinely inspired civilization. Since the CCP [Chinese Communist Party] is officially an atheist regime, it is afraid of the freedom of expression this arts company enjoys in the West.” The performances are often attended by Chinese tourists, but officially the company is not welcome in China.

Through classical Chinese dance and a unique orchestra blending the sounds of the East and West, Shen Yun “weaves a wondrous tapestry of heavenly realms, ancient legends, and modern heroic tales, taking you on a journey through 5,000 years of Chinese culture,” the company’s website states.

Mr. Naccari fell in love with the arts of China. “I’m impressed,” he said. The performance also sparked an affection in him for the Chinese people, he said. “I wish that one day they can see [Shen Yun] in China. … It’s fantastic.”