Designer Finds Shen Yun a Graceful, Inviting Counterpoint to Much of Current Culture 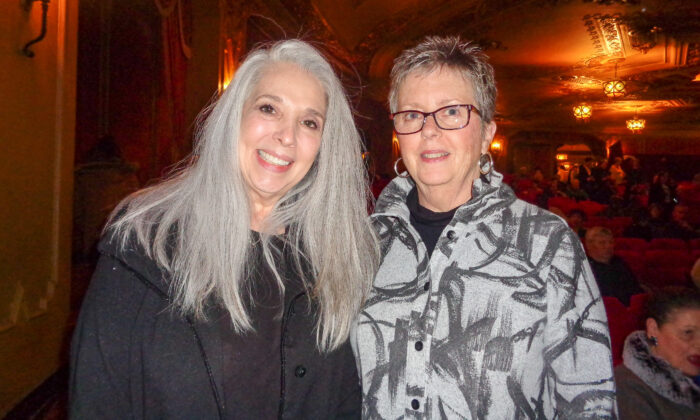 Landa Masdea-Brunetto is an interior designer who owns her own firm and who brought three guests with her to enjoy the performance at the Ohio Theater on Feb. 5, 2020, after having seen it and loved it years ago.

The artistry required in her interior design work is “why I appreciate [Shen Yun] so much and I brought my whole family: my mother, my mother’s cousin, and my best friend,” Masdea-Brunetto said.

“It’s beautiful. I think the choreography is just so magical and so precisioned, which makes it just stunning. The costumes are elegant,” Masdea-Brunetto said, adding that Shen Yun’s patented backdrop technology stood out to her especially. She found it marvelous when the characters would fly around in other realms, and then suddenly appear on stage as a real-life dancer.

New York-based Shen Yun’s mission is to revive China’s five millennia of traditional culture and share it with the world through their performances. China was once known as “The Divine Land” and contained a rich spiritual essence that emanated throughout all aspects of life. Shen Yun is continuing this tradition by staging themes about sacred life, such as a famous legend about the Creator returning to earth. To do this, they employ highly-expressive classical Chinese dance and use that art form to depict legends, life in ancient China, ethnic and folk dances, and scenes from present-day China about persecution and compassion.

“I like the stories,” Masdea-Brunetto said. “It’s just nice to learn about the Chinese culture and to understand the oppression that is going on and that it’s not just a Western feeling—the persecution of your own religion. I think that’s what people need to realize, that all peoples everywhere are suffering in various ways and this opens your eyes to it. I have been thinking a lot about it.”

The pieces about overcoming persecution in modern-day China touched Masdea-Brunetto especially deeply. Since 1999, the Chinese Communist Party has been violently persecuting followers of the spiritual practice known as Falun Dafa. Shen Yun depicts the way real people have reacted to this ongoing campaign by peacefully standing up to Party members, forgiving, and having faith in the divine.

But she found hope in Shen Yun’s mission itself, which is to help restore China’s innately spiritual culture, despite immense pressure and despite not being able to perform in China due to the persecution.

“[Shen Yun’s mission], that’s wonderful, that’s how it should be. I would hope [traditional Chinese culture] would come back, because I think the purity and the respect need to come back … understand the differences and being respectful of it again and that’s what is not happening [in China].”

Masdea-Brunetto said Shen Yun is “completely spiritual” and commented on the legend of the Creator coming down to earth to save mankind.

“Yes, I love that [story]. Being Catholic, it’s kind of the same—religion.” She wondered aloud if the Creator depicted in Shen Yun was the same divine being that the people of her faith believe in, and she hoped that it was.

She felt “purity, divination, and good thoughts” during the stories about the Creator.

Masdea-Brunetto’s artistic mind came into full force when she was asked to describe Shen Yun to her friends and colleagues.

“I would describe it as, first, colorful, shocking. The representation of everything that goes on is kind of, it’s very cerebral and very beautiful at the same time. You are thinking through and you are kind of mesmerized because you are watching all the colors and the precision of the movement and the gracefulness of everyone: male, female it doesn’t matter. There’s just a beauty and a grace that is not something common in most practices. What’s happening now is I think things [in the world] are becoming reduced and more sculpted and more edgy and [Shen Yun] is not, [theirs] is graceful and beautiful and open and inviting.”