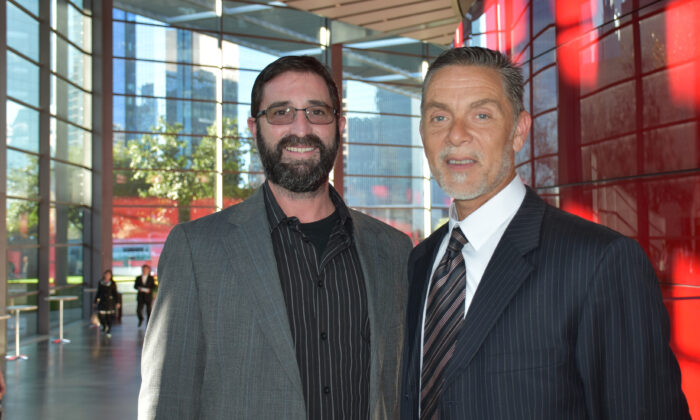 “I’ve been waiting five years to go see it so it was well worth it,” said Ozier, who is the City of Dallas’s Natural Resources Manager. Ozier attended Shen Yun at the Dallas AT&T Performing Arts Center.

He said that New York-based Shen Yun absolutely exceeded his expectations. “The storytelling, the costumes, the choreography. It was all just amazing.”

Ozier’s companion, Keith Green, a nursery manager, added that “there is a spirituality that seems to be kind of universal and they are trying to get back to where they can express themselves that way without being persecuted.”

Shen Yun Performing Arts is reviving China’s authentic, millennia-old culture through highly-expressive classical Chinese dance. The group is not allowed to perform in China today due to the communist regime’s systematic effort to wipe out traditional culture. This effort includes a brutal persecution of spiritual believers who don’t conform to communist thought, including followers of Falun Gong, an ancient meditation practice. Shen Yun depicts this persecution, as well as the hope and compassion Falun Gong practitioners exhibit, in select dance pieces throughout the show.

“I thought it was very moving. For me personally, I think that all of the audience can really connect to the very rich and complex history of the occupation of the Asian continent. Going all the way back from the earliest times and taking us right up to the modern times, it was a real journey,” Ozier said.

Shen Yun is accompanied by a full, live-orchestra that employs Chinese and Western instruments. Its score consists solely of original music, composed anew by the company’s artistic director each year.

“The music was great. It actually interjected some of the storytelling without using words, doing it through music and sounds. The solo performances were great. The two-stringed instrument, the erhu, I loved that.  It was beautiful,” Ozier said.

“It really puts you in the moment. It enhances that engagement factor,” Ozier added.

The final piece in the performance draws upon traditional Chinese culture’s belief in the divine’s presence on earth and the principle “good is rewarded, evil is punished.”

Ozier thought this piece “was inspiring. It’s a wonderful message.”

“And it’s something that we could all take to heart and learn from and try to try to do better to make the world a better place,” Ozier said.

“And I think it illustrates that we all want the same thing,” Green added.

After today’s performance, Ozier realized that just one Shen Yun performance wasn’t enough for him.

“I’ll be back. We were just talking about how the performance every year is different. So you can come back year after year, and not be seeing the same thing. So, yes, I’m excited. I’ll be recommending it to everyone.”