Consul-General Is Impressed by the Ancient Stories, Beautiful Costumes in Shen Yun 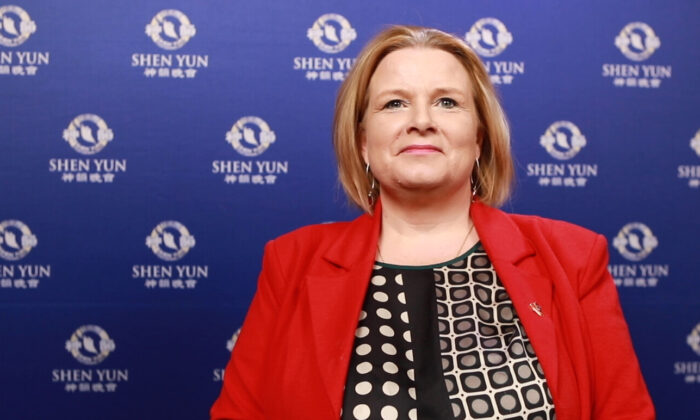 SYDNEY—A Consul-General based in Australia got her first taste of Shen Yun Performing Arts when she attended the performance on Wednesday, March 4, 2020, at Sydney’s Capitol Theatre.

“First of all, it’s amazing story,” Dr. Monika Konczyk said. “Because the actors, the dancers, the music is telling us a beautiful story from the ancient times or even pre-ancient times.”

The Consul-General of the Republic of Poland appreciated that the performance portrayed the lives of all kinds of people in ancient China.

“We can follow the history and the history of China—Chinese people—not only the emperor but also the ordinary people. About their feelings, love—a lot of emotions,” she added.

“The story of ordinary people; that they can even dance during ordinary shopping time, at the marketplace, and the magnificent flute. This is a nice story and everybody was laughing.”

New York-based Shen Yun’s performances draw from stories and legends of China’s many dynasties through to the modern-day. China’s history has been passed down uninterrupted for 5,000 years and some documented events have been described in vivid detail. This rich history provides Shen Yun with a vast resource for entertainment.

What struck Konczyk the most was the harmonious blend between the long sleeve costumes and the dance movements: “It’s really amazing.”

The name Shen Yun in Chinese means “the beauty of divine beings dancing,” and the artists perform with the purpose of bringing that experience to the audience.

The Consul-General described the divine theme in the performance as something that connected with her own faith.

“Truly speaking, I am from a Catholic country and I believe in God, so I think that it’s something for me, it’s quite common or normal that we are related to divine or supernature, the God that rules our life.”

“I think everybody should at least see once the story of the show because you can learn about history, a little bit of China, but mostly you can have a wonderful time with wonderful dances and music.”