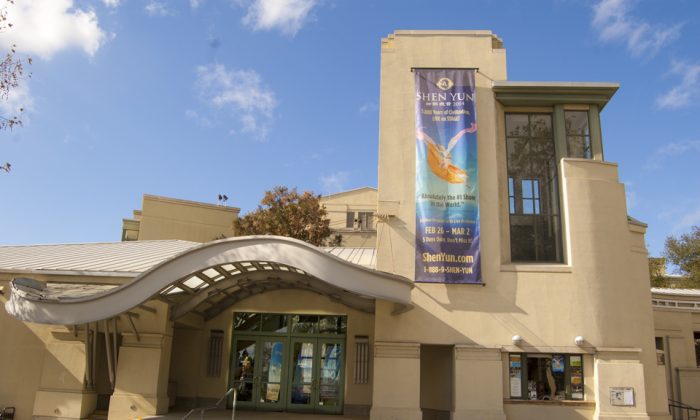 Established in 2006, New York-based Shen Yun is a non-profit organization dedicated to reviving 5,000 years of Chinese culture through performing arts. At the heart of Shen Yun is classical Chinese dance, while the company also features folk dances as well as other aspects that make it unique such as an orchestra that combines classical Western and Chinese instruments, as well as animated digital backdrop.

With four companies simultaneously touring to up to 20 countries and over 100 cities each year, Shen Yun is now widely regarded as an international phenomenon.

Mr. Arroyo was particularly impressed with the quality of the performance.

“It’s very colorful, the dance moves are so impressive,” he said. “And when you see something like this you really think about the amount of rehearsal, and the amount of dedication that these dancers have for months and years before they take it to the stage. It’s really mind-blowing.”

As the Shen Yun website states: “Shen Yun and its mission have drawn top talent from around the world; many artists are winners of international competitions in dance, choreography, and music.”

“[It’s] very impressive. The way they tie it in to the performance is really neat,” he explained. “I don’t know how they are jumping off and where they are going. I am trying to figure out the production aspect of it too.”

According to the website, “With state-of-the-art graphics technology, Shen Yun’s digital-backdrop team creates vividly animated settings, extending the stage and transporting the audience to a world where heaven and earth are one.”

For Mr. Arroyo, the whole experience was very educational.

Mr. Arroyo’s parting words were his appreciation towards Shen Yun for bringing the performance to San Diego.