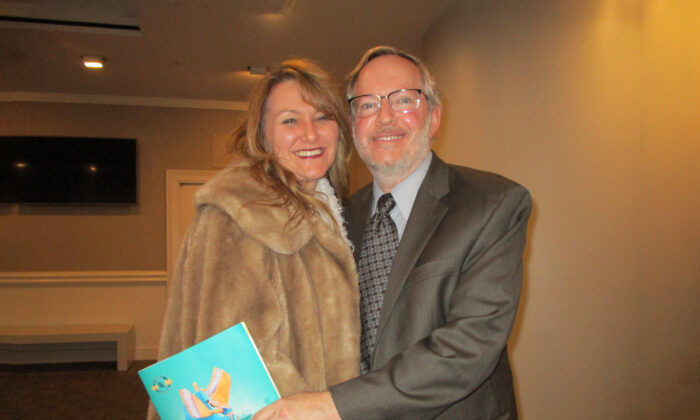 CHARLOTTE, N.C.—The American dream is alive and well, especially for people living in places like China where freedom of belief is only a distant hope. And that makes the artists in Shen Yun Performing Arts notable: many of them fled communist China and joined the New York-based performing arts company for the artistic freedom to pursue traditional Chinese dance, story, and costume, art forms that cannot be fully practiced in China today due to a government-led campaign to wipe out China’s traditions.

Chris Sanders is a criminal defense attorney who attended Shen Yun in Charlotte, North Carolina on Feb. 8, 2020, and who found the performance and its many aspects moving.

“The dancing and the storyline and the history, and the costumes, and the interesting aspects of culture of China which I was not aware of,” he said.

“Freedom to express China through dance and ideas is something that, as an American, is very valuable to me, and I think it’s very courageous that this performance is able to take place despite the repression that takes place in China.”

Falun Dafa is an ancient method of self-refinement that teaches truthfulness, compassion, and tolerance and five energy-strengthening exercises. Its followers are one of the most targeted groups in the CCP’s persecution, but many overcome the brutality with forgiveness, perseverance, and faith, which is depicted in the storytelling dances that Shen Yun presents.

Sanders felt a connection to the cultures and traditions seen in Shen Yun. “I thought it was a beautiful expression of the Chinese culture and dance. The costumes and the dancing was beautiful. And the cultural aspect was very beautiful,” he said.

He had high praise for Shen Yun’s classical Chinese dancers, who are trained in the ancient techniques, forms, and inner bearing of that art form. “Well, it’s obvious that they are very well trained. The balance I thought was incredible, and the movements are very flowing and quite beautiful. Very talented people, very athletic, very talented,” he said.

“As someone who hasn’t been to China, it’s a very beautiful introduction to the culture, knowing it’s a very ancient culture as well. … Very positive and very traditional. Spiritual as well,” he added.

Like many, Sanders began to share the dream that Shen Yun’s artists have of one day being able to perform in China.

“I feel hope that one day the Chinese people will be as free as we are in the United States,” he said.

As part of the millennia-old traditions of China, Shen Yun portrays the legend of the Creator who will one day return to earth for all mankind. The attorney appreciated these depictions.

“As a Christian, I understand Chinese have their own spiritual kind of guidance and their own God. It was beautifully expressed.”

“It’s wonderful that Chinese people are able to express themselves through dance and culture and history in the atmosphere of freedom,” Sanders said.

With reporting by Sherry Dong and Brett Featherstone.