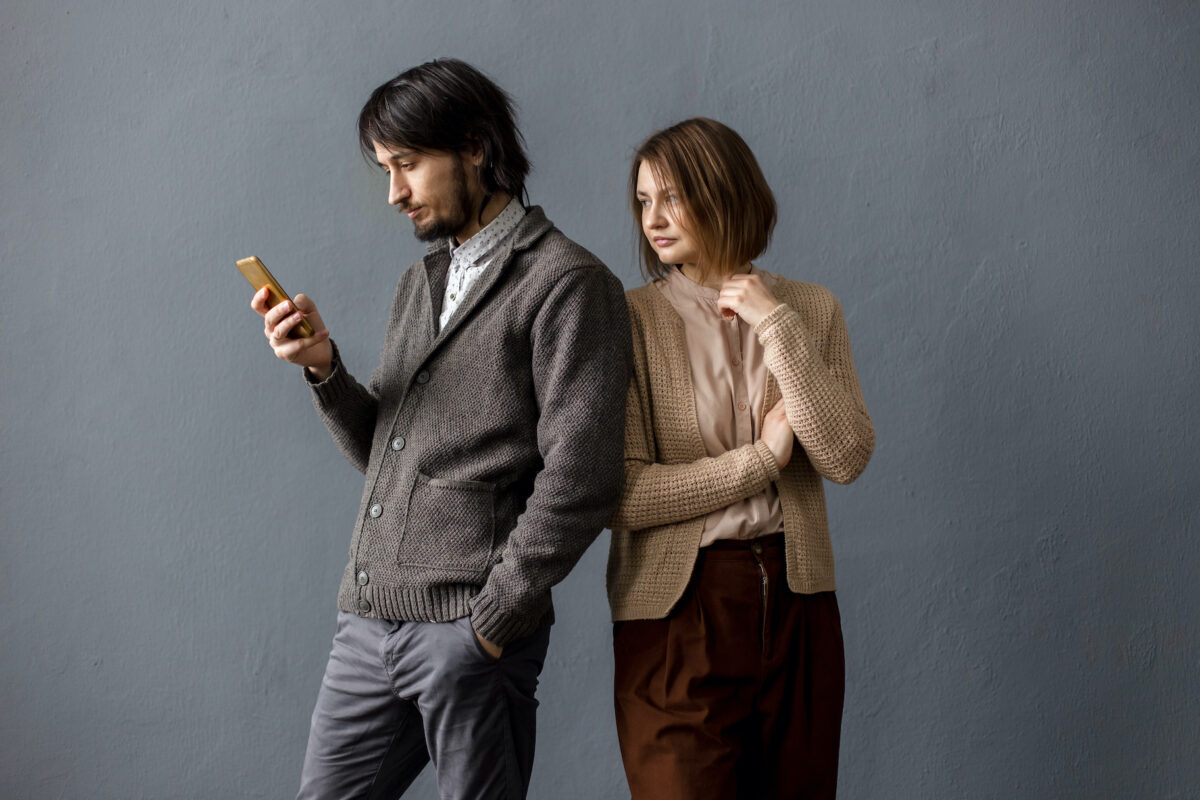 The Yin-Yang School set out to interpret natural phenomena, including the human body in health and disease. (me-photo/Shutterstock)
Traditional Wisdom

Are You Yin or Yang?

This ancient insight into the nature of life and the universe applies to personalities as well
BY Emma Suttie TIMEMay 9, 2022 PRINT

Some of us have probably known this person.

He’s the one whose charisma draws people to him like a magnet. His enthusiasm is infectious and his entrepreneurial spirit means that he’s always working on some new, exciting business venture. He seems to constantly be pushing boundaries, exploring new things, and living a life that appears exhilarating. He hardly sleeps, yet still manages to have boundless energy.

This is a yang person.

And some of us may know this person as well.

She’s shy and soft-spoken, quiet and thoughtful and prefers books to people. Her movements are relaxed and graceful and, if she had her way, she would go to bed early and wake up late. Happiest in her own company, she has a rich inner life and, as a result, often seems lost in the clouds.

This is a yin person.

What Is Yin and Yang?

Yin and yang are often represented by an ancient Taoist symbol called the taiji. The dark half represents yin and the light half yang. You’ll see that there’s also a dot of each that exists in the other, demonstrating that each is mutually dependent, needing the other to exist.

Contrary to what many people believe, yin and yang aren’t opposing forces; they’re complementary. The two halves are dynamic and constantly changing, one into the other and vice versa. The taiji illustrates that although duality exists, each part can’t exist without the other and can, in fact, coexist harmoniously.

Yin yang isn’t just an Eastern concept, however. As modern science advances, it finds aspects of harmonious duality throughout the human body and physical world, from the way hormones and neurotransmitters have their counters to turn different processes on and off in the human body to the positive and negative qualities of protons and neutrons that make up our atomic and molecular cosmos.

The earliest written reference to yin and yang goes back to the “Book of Changes,” or I Ching, which dates to approximately 700 B.C., although it was likely a part of the culture even before that. Yin yang theory was the focus of the Yin Yang School during the Warring States period in China from 476 B.C. to 221 B.C. This school was sometimes also called the Naturalist School, and its objective was to use nature’s laws positively to man’s advantage, not through controlling and overpowering nature as in modern Western science, but by aligning with these laws. Its ultimate goal was to act in harmony with nature’s laws for the benefit of mankind and all life on earth.

The Yin Yang School also set out to interpret natural phenomena, including the human body in health and disease. Over time, the yin yang theory became a central element of Chinese medicine, as it remains to this day.

One of the unique things about yin yang theory is that yin and yang aren’t static, but fluid. This differs from the Aristotelian logic that dominated Western thinking for more than 2,000 years, believing that objects were defined as one thing and not another, ie: the table is round; the table isn’t round: Both can’t be true.

Using another example, yin and yang are also dependent on what’s being observed. Compared to the sun (hot, bright, active), which is yang, the earth (cool, blue, and full of oceans) is yin. But the earth would be considered yang when compared to the moon (cool, dark, quiescent), which is more yin in comparison. It’s a concept that’s simple, yet profound, and its applications are infinite.

Below are some examples of yin and yang.

Yin and yang can also be applied to aspects of our personalities.

Everyone is a dynamic mix of both yin and yang attributes, but some people are more yang and others are more yin. Childhood is naturally a more yang time with the explosion of growth and development and the boundless energy of youth. We gradually become more yin as we age, slowing down and becoming more introspective.

In general, people who tend to be more yang are expressive, magnetic, active, outgoing, highly social, and love being out in the world and doing things.

People who are more yin tend to be quieter types who enjoy solitude; inward activities such as reading, writing, and meditating; and prefer forests, mountains, and the ocean to loud parties with a lot of people.

Even though we all have yin as well as yang aspects and they fluctuate all the time, most of us have a “nature” tending more to one or the other.

Examples of Yin and Yang Personalities

Yang personality types always make me think of my father. He had a large personality, and when he walked into a room, everyone noticed. He always effortlessly managed to be the center of attention because of his charm and magnetic personality. As a musician, he would bring out his guitar and sing, pulling whoever was within earshot into his orbit with his music and rich, velvety voice. He was highly social and thrived being the center of every social gathering.

I, on the other hand, am very yin. Quiet and shy, I’m happiest alone, my head buried in a book. I live in my imagination and can spend countless hours (time permitting) lost in ideas, thoughts, and creative pursuits. An afternoon walking in a forest surrounded by nature is my idea of heaven, and there isn’t a book long enough or a cup of tea big enough to suit me.

Life also has its yin and yang phases. As stated above, as children, we tend to be more yang, as we’re in the growing, high energy time in our lives. But, as my grandmother always told me, our personalities become pretty clear from an early age, and these are perhaps our natural tendencies.

As we get older, many of us tend to slow down and pull inward. For some, age teaches us confidence and to be more “comfortable in our skin,” helping us be more extroverted than we perhaps were in our youth. We can also make a decision to change a part of our personality, such as being more outgoing or taking steps to slow down and relax after noticing our tendency to overwork. All of this self-awareness can help us become more balanced, which is the key to a healthy, happy life.

Here are some examples of yin and yang personality characteristics.

Above are only a few examples of some yin and yang attributes, but the list is really limitless. Knowing a bit about ourselves and our tendencies can help us in myriad ways.

In the West, we tend to value the yang personality and yang traits in general, such as being high energy, ambitious, outgoing, and confident. In the East, however, value is placed on the more yin aspects. This is reflected in a societal inclination toward introversion and even in the regard for elders, people in the yin phase of life. Our elders, after a long life of living and learning, are imbued with something not present in the young—wisdom.

How Knowing If You Are Yin or Yang Can Help You

Other than the fact that as humans we have a deep desire to know and understand who we are, there are other ways this information can help us, especially in terms of health and well-being. Because yin and yang can be applied to everything in existence, there are many ways knowing if we tend to one or the other can help us navigate life with more awareness, and help us stay healthy in the process.

If you tend to be more yin, then you might be prone to illnesses with cold or dampness as the cause. Because yin is itself associated with cold (as opposed to heat, which is yang), be mindful about staying warm, especially in the colder months. Wear enough clothing when you go out in cold weather, eat warming foods to balance your yin energies (especially in winter and colder months), and try to be more active. This will help to keep energies moving and create a bit more yang to balance your yin.

Yin conditions also tend to come on more slowly and be chronic with symptoms that are more subtle, so some awareness is advised in keeping your body balanced and harmonious. Thankfully, this mindfulness is one of the strengths of yin types.

If you tend to have more yang attributes, there are some things to be aware of. Because yang is associated with heat and activity, be mindful about staying hydrated and getting enough rest. In the hotter months, be sure to balance your yang nature with cooling foods, slowing down, and taking care to get enough sleep. Yang types are more susceptible to “burnout,” as they tend to push themselves too hard, sometimes to the point of exhaustion. Be mindful to not take on too much and balance your ambition and high energy with some introspective activities such as yoga, qi gong, contemplation, journaling, or meditation.

Yang conditions tend to come on quickly with more severity, so balance is key, especially in the summer months, where yang energies are most intense. Yang types tend to have robust immune systems and recover quickly as long as they aren’t depleted.

Now that you know a little more about what it means to be “yin” or “yang,” which do you think you have more of? Or are you a perfect balance of the two?

Yin and yang are simply one lens we can use to understand our natural tendencies and inclinations. We’re all a beautiful and unique mixture of yin and yang energies, which should be celebrated because they make us who we are. This knowledge can help us be mindful of the things that can throw us off balance and how we can come back to the equilibrium that we’re always striving to attain.

With the wisdom of this ancient philosophy, we can see the world in a new way and acquire some self-awareness that can help us in all aspects of life.