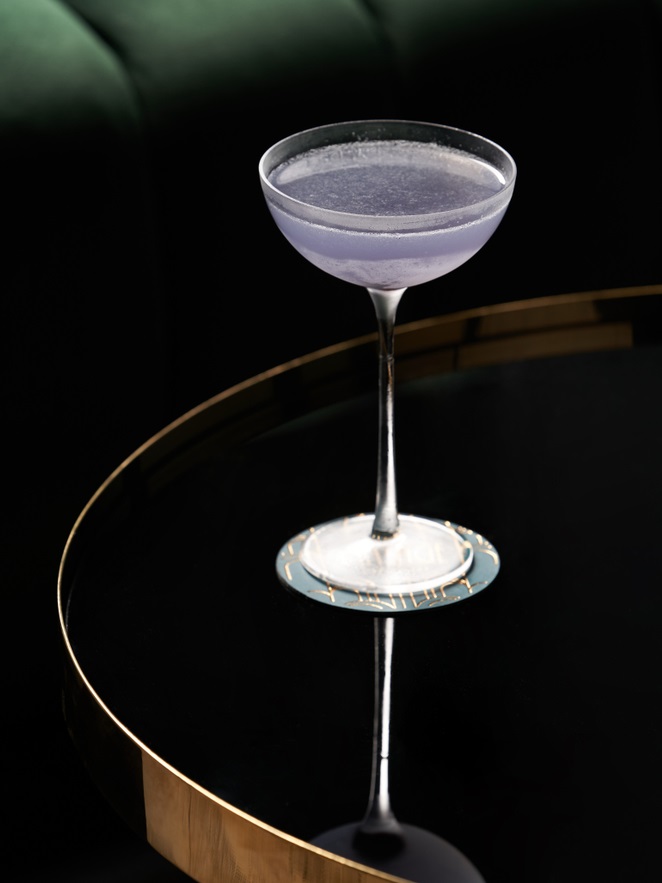 Anatomy of a Classic Cocktail: The Aviation

The Aviation—not to be confused with Aviator gin, though one could create one with it—is a surprisingly lavender-colored cocktail that delivers a tantalizing mix of the botanicals of gin and the citrus of lemon, tempered with maraschino and crème de violette liqueurs.

Hugo R. Ensslin, head bartender of Hotel Wallick in New York, created the Aviation. The recipe first appears in print in Ensslin bartender’s guide, “Recipes for Mixed Drinks,” published in 1916, just three years before Prohibition forced the hotel to close. Ensslin’s mix called for a 2-to-1 ratio of El-Bart gin and lemon juice, plus two dashes of maraschino liqueur and two of crème de violette.

Like most of Ensslin’s recipes, the Aviation specifically called for El-Bart, a London dry gin that was also the house gin for the Waldorf Astoria Hotel. Bombay London Dry Gin works quite nicely here, but swapping out other gins gives some variety. Citadelle is an interesting alternative with more citrus and even a touch of violet among its botanicals.

As one might guess, crème de violette is a liqueur made from the namesake flower in a sweetened neutral spirit, giving it its purple color (though coloring may be added depending on the brand). When crème de violette ceased to be imported into the U.S. market in the 1960s, bartenders simply skipped it. But in 2007, Minnesota-based importer Haus Alpenz LLC brought in Rothman & Winter Crème de Violette, which is fairly common now in liquor stores; hence, the return to the original recipe.

Maraschino (mar-uh-SKEE-no) liqueur is made by distilling Maraska sour cherries, so it isn’t sweet but dry and slightly bitter with almond notes. Italy’s Luxardo, in its red-capped, straw-wrapped bottle is a popular choice, but the original Maraska Maraschino from Croatia has a bit more cherry and brandy character. Both of these are clear, so they won’t mess with your lavender color scheme.

As for the Aviation’s cherry garnish, it may be worth going first-class with Luxardo and Maraska cherries soaked in Maraska cherry syrup. Those may cost as much as the bottle of crème de violette, but mid-range brandied or sour cherry syrup are also just fine. In any event, it’s worth upgrading from the bright-colored economy class dessert variety.

Mix all the ingredients in a shaker with ice and shake until well-chilled. Strain into a stemmed cocktail glass and garnish with a cherry.