Shen Yun Brings the Splendor of 5,000 Years to Thousand Oaks 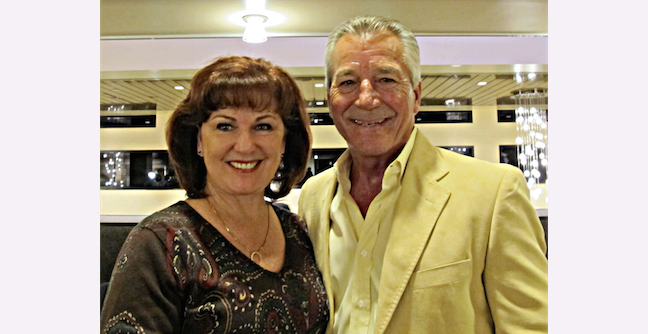 Retired Ventura County judge Edward Brodie and his wife, Tonna, were delighted by their first experience with Shen Yun.

Mrs. Brodie said “We love it, it was beautiful. The costumes are gorgeous, the dancers beautiful.”

The costumes are one of the hallmarks of any Shen Yun performance. According to the Shen Yun website, “Shen Yun’s costume artists collect countless designs of traditional attire, ranging from those of emperors, ministers, and generals to the everyday clothing of the common people. They use bright colors to tailor and recreate hundreds of new pieces each season. Every detail is given meticulous attention and is a result of artistic inspiration and careful polishing.”

Overall, Mr. Brodie left the show with good impressions. He said, “I enjoyed it very much; the colors, the dancing.” Mrs. Brodie went on to agree, “Yes! How synchronized they were.”

After seeing Shen Yun, Mr. and Mrs. Brodie wanted to let their friends know about it.

“Yes I would absolutely recommend this show to others,” said Mr. Brodie. Mrs. Brodie added, “I would tell them, go, because it is a spectacular thing. It’s wonderful, tells a great story.”

Another distinguished guest at this evening’s performance was Mehrdad Azarmi, a film editor and produce who previously worked at the Ministry of Culture and Art in Iran.

From a choreography and technical perspective, Mr. Azarmi said it was a masterpiece.

Besides classical Chinese dance, some of the dances in a Shen Yun performance come from China’s many distinct ethnic groups.

“China has 55 officially recognized ethnic minorities, and their distinct ways of life reflect discrepancies in local topography, climate, and religious tradition. It is no surprise that these factors are also deeply embedded into each ethnicity’s dance style,” explains the Shen Yun website.

Very much a person who appreciates ethnic dance, Mr. Azarmi relished his time at Shen Yun. “We loved it, and we enjoyed it very much,” he said. “And we’d love to see it again.”