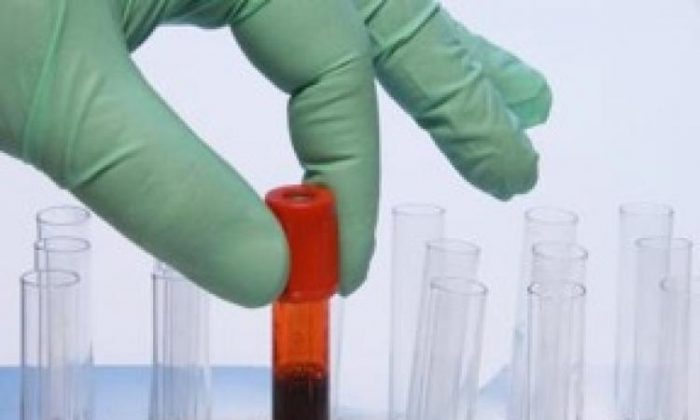 Medical workers who conduct a test to determine a patient's blood type could find the procedure faster and easier in the future using an inexpensive paper-based dipstick test. (iStock)
News & Discoveries

Your Blood Type Might Predict Your Risk of Stroke: New Study

Did you know that blood type may predict the risk of early stroke before age 60?

A new meta-analysis led by University of Maryland School of Medicine (UMSOM) researchers has found that human blood type could be associated with early onset ischemic stroke, specifically occurring in young adults before the age of 60.

Steven J. Kittner, MD, MPH, Professor of Neurology at UMSOM states that early onset stroke (or early stroke) is increasing in people, and there is little research about why this happens.

Ischemic stroke is a disorder that occurs when blood cannot be transmitted in arteries leading to the brain because of blood clots. Early stroke is a stroke that appears in young people before age 60, and late onset stroke (or late stroke) is likely to appear in older people.

“These people are more likely to die from the life-threatening event, and survivors potentially face decades with disability,” said Kittner.

Kittner, with other colleagues, produced a meta-analysis of whole genome association studies of early stroke in ages from 18 to 59, including 16,730 stroke cases and 599,237 non-stroke controls. They conducted 48 various studies and compared the effect sizes and polygenic risk for blood clots (venous thromboembolism) between early stroke and late stroke.

Researchers examined the chromosomes from stroke cases and control groups, people who have never had stroke before, to identify the association between genetic variants and early stroke. They found that two variants, which are type O blood and type A blood, have larger effect sizes in early stroke than in late stroke.

Genes are found in chromosomes that can determine people’s blood types. Based on the investigation of different blood types and early stroke, researchers have found the link between the two.

The study is published in the journal Neurology. It shows that people with blood type A are more likely to have early stroke than blood type O people, compared to the people having late stroke or none-experienced stroke. And people who experience late stroke typically appear in blood type B group compared to controls.

“The association of blood type with later-onset stroke was much weaker than what we found with early stroke,” study co-principal investigator Braxton D. Mitchell, PhD, MPH, also added.

Research shows no clue about the reason why type A groups have a higher risk of early stroke. According to Kittner, blood-clotting factors like platelets and cells play a role in developing venous thromboembolism, especially blood clots in the legs known as deep vein thrombosis.

The studies focused on North America, Europe, Japan, Pakistan, and Australia, and only 35 percent of them are non-European. Follow-up studies will be needed to identify the mechanisms of increased stroke risk.

In terms of the modesty of increased risk, people with type A should not worry much about this finding. However, this study requires more investigation on genetic variants and early onset stroke to preclude young adults from these possibly disastrous events.

The study was supported by the National Institutes of Health and Department of Veterans Affairs.