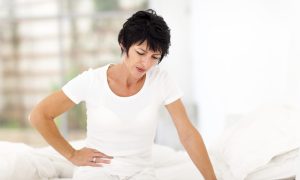 Is Anxiety the Real Cause of Your Poor Digestion?
0
Share Now
TelegramFacebookTweetEmailTellMeWeReddit
Copy Link 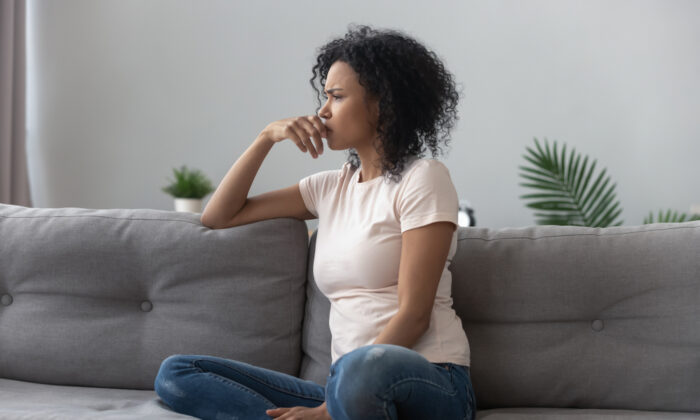 A large portion of anxiety often comes from not having a clear idea of what is causing it. (Shutterstock)
Relationships

Your Anxiety Is Trying to Tell You Something

Anxiety acts as a warning bell from our subconscious mind that something is wrong.

Anxiety may be trying to warn of us of a problem or threat developing in the future that needs to be dealt with. Or it may be an uncomfortable feeling that develops when we aren’t living by our values and making progress toward important life goals.

When we ignore the warnings, the alarm will only get louder.

People usually feel that anxiety is very uncomfortable. It can cause mental and physical discomfort, including headaches, stomachaches, and chest and back pain. It can make it hard to concentrate, cause your mind to go blank, or give rise to uncontrollable worries.

Anxiety is meant to be uncomfortable because its aim is to motivate us to do something or fix whatever is causing it.

How People Respond to Anxiety

Some people develop a pattern of trying to escape the discomfort by avoiding the things that cause the anxiety in the first place. A lot of bad habits and behaviors are simply an attempt to avoid feeling anxious or distractions from thinking about or doing things that make us anxious. This leads to procrastination, and procrastination leads to … you guessed it—more anxiety!

Here is an example from my client Marci. She complained to me of difficulty sleeping and waking up frequently with feelings of panic, as well as chronic shortness of breath and chest tightness.

A lot of people told Marci that getting more exercise would reduce her anxiety, so she got a gym membership and committed to going four times per week. However, going to the gym became an additional pressure that increased her anxiety whenever she thought about it. She noticed herself binge-watching more of her favorite episodes on Netflix instead of going to the gym, and having more difficulty sleeping and worse anxiety afterward. Procrastination isn’t the only reason for anxiety but it’s very common, and they often go hand in hand.

Some people respond to increased anxiety by trying to get as many things done as quickly as possible. They jump from task to task, but rushing through things doesn’t usually produce good results. Other people respond with perfectionism, trying to get every detail just right, but losing the forest for the trees. They often use time and effort ineffectively.

A large portion of anxiety often comes from not having a clear idea of what is causing it. It remains vague, and your mind is always trying to make sense of it in the background. Or, you have things that you are trying to remember or to do, but you don’t have them written down or prioritized, so your mind is occupied by trying to remember the details.

You have to defeat the monster by making a careful plan. Here is a process that works well for my clients who complain of feeling overwhelmed and anxious and who resort to distraction, procrastination, rushing, or perfectionism. The process takes some time but it often brings relief.

1. Start by writing down the things you are worried about. Divide them into things you can do something about and things you have no control over.

2. Looking at the ones you have no control over, cross off those that are very unlikely to happen. You don’t need to worry about them anymore. Have faith that you will be able to endure if anything on this list occurs. Tell yourself that you have no choice but to accept what you can’t control.

3. Take the list of things you can do something about and prioritize each one by giving each one a score between one and 10, with 10 being the highest priority. Next, label each one as a project or a task by putting a P or a T next to it. Tasks can be done in one step, usually in five minutes to a few hours. Projects need to be broken down into multiple tasks. Making an appointment to get your taxes done is a task. Cleaning and organizing the garage is a project. Speaking of appointments, make sure you have a calendar ready to record appointments or tasks that need to be done on a certain date.

5. Important projects need to be broken down into smaller tasks. Give each task its own priority score, and add the highest-priority tasks to your to-do list. This process will only work for relatively simple projects. More complex projects require a more thorough planning process, but this is a good way to get started on some more involved things that you keep putting off.

6. Stop procrastinating and start doing your tasks from the highest priority down.