‘You have to see Shen Yun!’ 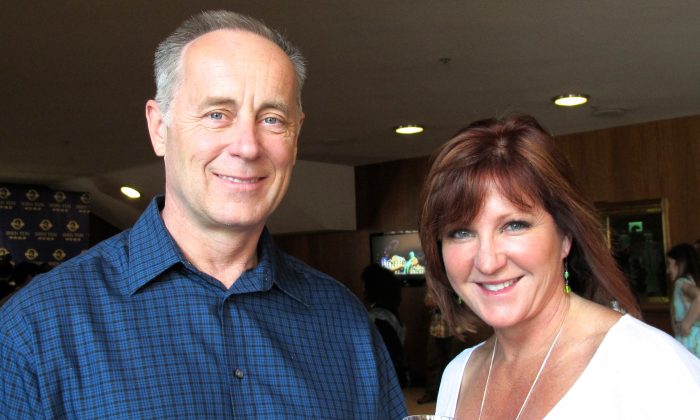 Keith Richter was impressed with the soprano soloist at Shen Yun Performing Arts at the Segerstrom Center for the Arts, on March 15. (Flora Ge/Epoch Times)

COSTA MESA, Calif.— Orange County Fire Chief Keith Richter was in the audience for Shen Yun Performing Arts at the Segerstrom Center for the Arts on Saturday afternoon, March 15, and was happy to be there.

“I think the performance is amazing. The dancers are very athletic, and I’ve not seen Chinese dancing before so it’s incredible. It’s very smooth.”

Shen Yun is a New York-based performing arts company that began in 2006. It was started with the wish to revive the true divinely-inspired culture of China through the universal language of music and dance, according to the company’s website.

Mr. Richter became Fire Chief of the Orange County Fire Authority, one of California’s largest fire departments, in 2009. He began his career as a firefighter in the City of Tucson in 1977 and also served as Fire Chief in California’s Contra Costa County for eleven years.

Mr. Richter was impressed with the unique digital backdrops, in which dancers occasionally appear to jump into the screen from the stage or vice versa.

“The transition from the screen onto the stage, that’s pretty amazing as well,” he said.

“She’s very good,” he said. “I thought that the spiritual aspect of the song was very nice.”

Mr. Richter recommended the performance to everyone.

“I would say you have to see Shen Yun,” he said.