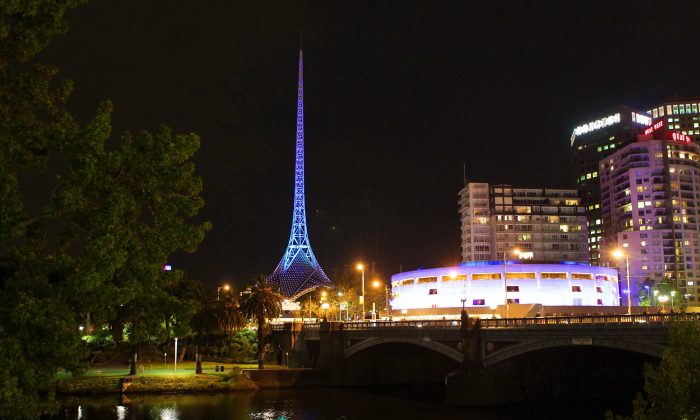 MELBOURNE, Australia—”I thought it was stunning … the precision of it was really amazing!” said Ms. Judy Boyd after Shen Yun Performing Arts on Feb. 28 at the Melbourne Arts Centre.

Ms. Boyd is currently a yoga teacher who majored in classical music in her Arts degree at Monash University. She has been a pianist since a young age and also plays a variety of instruments and has done many types of dancing including ballet and folk dancing.

The music and dancing in Shen Yun was beyond her expectations.

“It really just blew me away. The cast is so multi-talented at what they do. It’s graceful it’s rhythmic, it’s exciting … there’s that sort of slower, gentler aspect to it as well,”

“Throughout history almost every culture looked toward the divine for inspiration. Art was meant to uplift, bringing joy to both the people who created and experienced it. It is this principle that drives Shen Yun performers and their art,” says the company’s website.

“Every one of us has that little bit of divinity inside and I’m probably best connected to it when I’m dancing so I can relate to that pretty strongly,” she said. “It was just marvelous to see that happening with such an accomplished cast. Bring it on, I’d love to see more.”

Ms. Boyd felt there was a spiritual aspect Shen Yun.

“Buddha’s and the divine beings want us to progress and to help other people … and to see that happening on a stage in a theatre such as this is exciting.”

Shen Yun Symphony Orchestra blends the spirit of Chinese music with the power of a Western orchestra. All-original compositions draw upon five millennia of culture and legends.

She said the orchestra was terrific. “There was almost a seamless blend at times between, in some of the numbers, between what sounded western to my ears and what sounded more Chinese, and sometimes I couldn’t tell you where that line fell, it just moved and brought the two things together beautifully.

“It really is a spectacle, an incredibly accomplished spectacle.”

‘I kept wanting to cry’

“I kept wanting to cry in different parts, it was beautiful,” said veterinarian Candice Schilder, who was also in the audience.

“Both China and the West have a long history of artists integrating spirituality into their work. Today, Shen Yun’s artists follow this tradition, drawing inspiration from the spiritual discipline Falun Dafa,” according to the website.

A couple of vignettes depict modern day China and what life is like, for those with traditional beliefs, under communist rule. The contemporary dance The Power of Compassion moved Ms. Schilder to tears.

She said she was so happy to see Shen Yun and that she had wanted to see it for so long. She was supposed to be in Hong Kong for an international veterinary conference but her flight was delayed and she walked in five minutes before the performance started. She was so excited and so pleased she was able to see Shen Yun.

“It’s gorgeous, everything’s gorgeous,” she said. “To actually be here and to see that first piece … it was just beautiful.”

Audience member Shravya Manhendraker, a businesswoman who does Indian classical dance felt it was sad Shen Yun could not be performed in China.

“It’s a bit sad that you can’t perform and show your own culture in your own country.”

Ms. Manhendraker has been dancing since she was five, she said she loved Shen Yun and was looking forward to see it again next year.

“All the performers were very good, very colourful, and the orchestra was very good. I loved it,” she said.