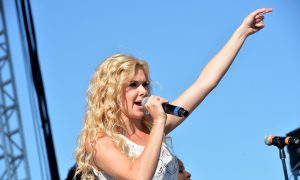 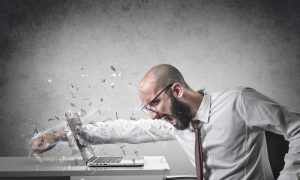 Anger Management: Why We Feel Rage and How to Control It
0 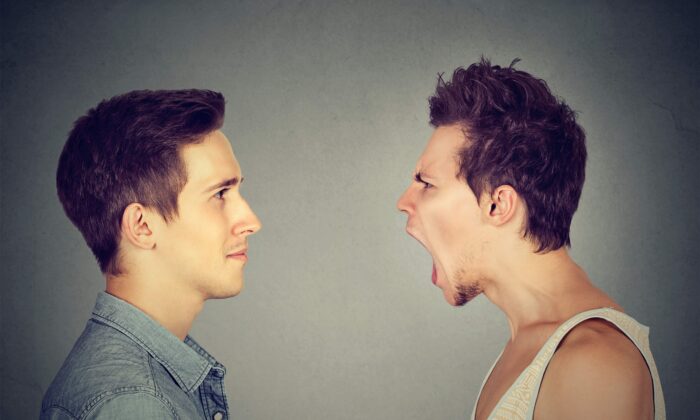 Listening, instead of responding to the anger, can turn a potential conflict into understanding. (pathdoc/Shutterstock)
Life & Tradition

When you’re embroiled in an argument, you’re eager to prove your point. But if your approach only escalates the conflict, people will become resistant to your message.

It’s tempting to believe that your ability to convince others comes primarily from what you say (or how forcefully you say it). But according to Dr. Christian Conte, the key lies in how well you listen.

Conte is a licensed counselor who specializes in anger management. His techniques quickly cool conflict in the most volatile environments. He works in maximum-security prisons across the United States, teaching inmates and staff how to be more effective with their communication by keeping their anger under control. He calls his method “yield theory.”

“It’s a way to lead with compassion and conscious education to get around people’s defensiveness so you can actually be heard,” Conte said.

The goal of yield theory is rational discussion and problem-solving. Conte says it just takes three steps to get there: listening, validating, and exploring options. But walking these steps effectively requires practice and self-control.

For example, when someone confronts you in anger, it can provoke you to retaliate with the same angry vibe. Yield theory is an opportunity to turn these moments of tension into an understanding: that people often become angry because they don’t feel like they are being heard.

When people feel heard, they no longer have any reason to rage. We all seek to be understood, and giving someone this gift is an act of compassion. As a result, they become much more receptive to your input.

Yield theory combines ideas from ancient Buddhism and modern brain science, with insights about what sparks anger and how to diffuse a heated exchange. Conte’s new book, “Walking Through Anger: A New Design for Confronting Conflict in an Emotional Charged World,” explains his technique in detail.

“I developed this in the 90s and I’m still this passionate because it works,” he said.

Throughout his book, Conte gives several examples of his strategy in action. Within moments, he breaks through the hard exteriors of prisoners who repeatedly act out. He gets to the heart of their anger and lets them entertain ideas about how they want to respond to it. As the inmates share the details of their frustration, they quickly realize the role they play in it, and the consequences they will face if they react irrationally.

Conte doesn’t discount his large size, martial arts training, or numerous tattoos in helping him connect with prisoners, but he says most of his success comes from his approach. And he believes anyone who adopts this approach can successfully address the confrontations they face in their own lives.

“It’s not about finding the right words to disarm them. It’s about me not judging them, listening, and really trying to find out what’s going on behind their eyes,” Conte said. “Some people say, ‘Well, I don’t have time to do all that.’ But this is the fastest thing you could ever do. When you practice it enough, it becomes second nature.”

To practice yield theory, you have to understand another person’s point of view. The purpose is not to excuse the behavior, but to explain it and avoid future problems.

Conte mentions one conversation he had with an inmate in one of Georgia’s toughest prisons. The man had just been sent to solitary confinement. He was accused of stabbing another inmate, but he claimed to be innocent.

“I just walked into this prison. I had never met this man before, so I go down to see him,” Conte said. “The guy was enraged. He says, ‘The system is corrupt. They’re out to get me. I’m taking out one of these guards.’”

Conte asked the man for his age—22—and asked him to consider where he would be in two years if he followed through on his plan to attack a guard. He understood Conte’s point right away.

“He said, ‘You’re very encouraging. I wish I would have met you under different circumstances.’ I said, ‘I know you are more than this, but I want you to know that people see your actions, not your intentions. It won’t matter if you don’t mean to do this. If you do this, this is what will happen,’” Conte said. “I went back to that prison four months later and I learned that guy had not acted out.”

One common obstacle in the listening process is that we may think we already have someone figured out before they even start talking. As a result, we end up preaching to them rather than trying to see their side.

But confronting someone with judgment rarely gets people to open up, and it makes hearing them even harder.

“I hear so many people who say, ‘Oh yeah, that makes sense.’ But then a moment later they talk about how ‘He shouldn’t have said that,’ or ‘She shouldn’t have done that.’ But that’s not meeting people where they are,” Conte said. “They did say that or they did do that. So let’s acknowledge that, and make changes from this moment forward.”

Conte says it’s our egos that think we know better, and our egos that insist that we understand everything completely. But if we can learn to challenge our “shoulds” and realize that there are limitations on what we know—that our ego is wrong—then we can approach people with humility and curiosity, allowing us to really listen.

“Some people feel like they’re weak if they do that, but the truth is that it’s significantly harder to not be reactive,” Conte said. “What makes a person tough? Doing the easy thing or the hard thing? If you really want to be tough, have the discipline to not worry about your bruised ego. Instead, think about your future self and the impact we have on this world.”

In Conte’s job, he often faces situations that put this philosophy to the test. He recalls one angry inmate who threatened to rip apart his family. For such a vicious attack, Conte responded with remarkable calm.

“I said, ‘I appreciate that you are furious right now, and you’re trying to think of anything you can do to be hurtful because you’re in pain. But I want you to know that nothing that you’re saying is something I take personally,” Conte said.

Conte’s ability to brush off offensive remarks comes from his practice of a Buddhist concept called non-attachment.

It’s easy to understand the concept of non-attachment in regard to property or material goods—most of us can figure out that we aren’t our possessions. But the line of separation is harder to draw when it comes to the thoughts we hold. When people disagree with or attack the things we believe in or feel strongly about, it can feel like they’re striking at our very core.

But Conte says they’re just hitting at our egos, not our essence. He illustrates this idea with a physical example.

“Say this book represents my thoughts. Well, if you disagree with my book, I take it very personally, because look at how tightly I’m clinging to it. But if I put that book down a few feet away from me, and then you attack it, I can see very clearly that you’re not disagreeing with the essence of who I am. You’re just disagreeing with some ideas that I had,” he said. “It’s about constantly holding the bigger picture in mind. If people say ‘I don’t take things personally.’ I say, ‘Do you yell back?’ If they do, they take it personally.”

Practicing non-attachment allows you to drain the venom out of a confrontation so you can focus on something far more productive: having a rational discussion.

But it may take a few moments before an agitated person can calm down and join you. If you were to see a brain scan of a person who is furious or full of fear, you would see most of the activity centered on their limbic system. Located at the center of our brain, the limbic system is the portion that is primarily devoted to survival mechanisms like attack and retreat.

Rationality and higher-level thinking come from a region of our brain called the frontal cortex. Conte explains how he convinces angry individuals to turn toward rationality with an analogy he calls “draining the limbic system.”

“Imagine the limbic system is filled with water when you’re emotional. Well, the only way to get rid of that water is to drain it,” Conte said. “Validate them until they feel validated. Once you do, you’ve drained that limbic system, and now they’re ready to take in information in their frontal cortex, and maybe go to the step of exploring options.”

If at some point in the process tempers reignite, don’t lose hope. Instead of getting upset because you’re back at step one, Conte advises keeping your No. 1 goal in mind: communicating in ways that can actually be heard.

“I want to become a mirror to reflect what other people are doing, and the only way I can do that is if I focus on what I can control and change: my thoughts, my actions, my energy,” he said.

Yield theory is designed to diffuse heated confrontations, but you don’t need conflict to practice it. In fact, the more you practice the skills involved in yield theory, the less conflict you’re likely to face.

When we get caught up in being right and insist that everybody sees the world from our point of view, frustration is likely and arguments are imminent. However, when we practice viewing the world at a distance from our “shoulds” and judgments, it’s easier to accept the world as it truly is.

We all get some practice seeing the world from other’s perspectives when we watch movies or read books. Consider applying this outlook when you interact with the characters of real life.

Conte says a good time to practice is during the holidays when you’re around family members who can push your buttons better than anyone. Imagine what it’s like to look at the world from their eyes.

“People will say, ‘Well, I already know them.’ No. There’s a side you’re missing about them. If you can learn what that piece is, you can shift the way you experience the holidays with your family,” Conte said.