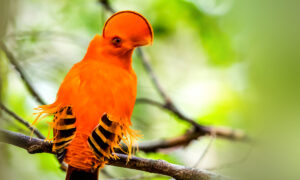 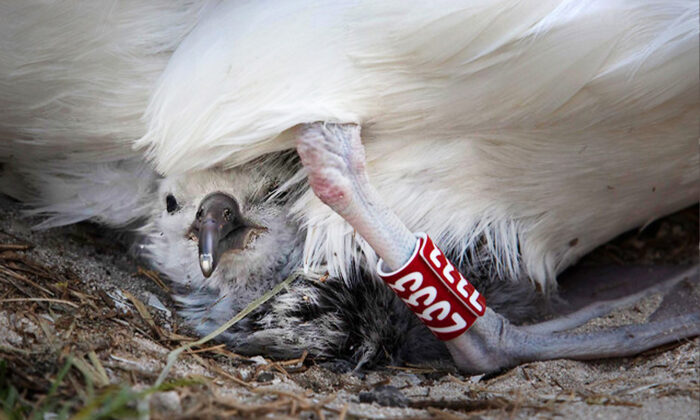 A Laysan albatross believed to be the world’s oldest wild bird has hatched a healthy chick at the age of at least 70.

Wisdom the albatross welcomed her chick on a cold winter’s day at Midway Atoll National Wildlife Refuge. The site, managed by the U.S. Fish and Wildlife Service (USFWS), is located at the northern end of the Hawaiian archipelago and is home to the largest colony of albatrosses in the world.

“After taking great care of their egg for the past month and watching over the several day hatching process, her mate Akeakamai is now out foraging at sea while she broods the hatchling,” the nonprofit Friends of Midway Atoll posted on Facebook after the hatchling emerged on Feb. 1.

Akeakamai has been Wisdom’s partner since 2012. Since albatrosses usually mate for life, it is believed that Wisdom must have outlived a number of previous partners.

“Wisdom laid her egg sometime during the last few days of November,” USFWS explained. “Soon after, Wisdom returned to sea to forage and her mate, Akeakamai, took over incubation duties.”

Albatrosses are even-handed parents, sharing both incubation and feeding duties once the chick is hatched. Regurgitated fish eggs and squid make up the bulk of a chick’s diet, with the fatty, nutrient-rich food sustaining the young for days as parents embark on foraging expeditions of up to 1,000 miles at a time.

Having hatched around January or February, an albatross chick will fly for the first time come June or July.

Given the time-consuming realities of albatross parenting, these birds are not prolific breeders, hatching only one egg every few years. Experts believe that Wisdom may have parented around 36 chicks in her lifetime, contributing massively to the survival of the species.

Wisdom was first identified and banded by biologist Chandler Robbins in 1956, whom she has since outlived; Robbins passed away in 2017 at the age of 98. Laysan albatross have an estimated life expectancy of 40 years, making the septuagenarian albatross a marvelous specimen for wildlife experts.

“I think that over the years, [Wisdom has] definitely learned to avoid predators out in the ocean, and she’s learned to forage very efficiently and also maybe avoid plastic these days, and potentially fishing vessels,” Midway Atoll National Wildlife Refuge biologist John Klavitter told NPR in 2013.

“Each year that Wisdom returns, we learn more about how long seabirds can live and raise chicks,” USFWS biologist Dr. Beth Flint explained. “Her return not only inspires bird lovers everywhere, but helps us better understand how we can protect these graceful seabirds and the habitat they need to survive into the future.”