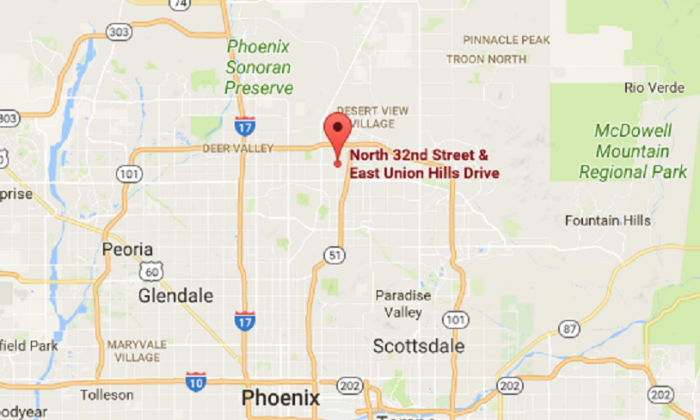 Woman Gives Birth While Driving Herself to Hospital

An experienced Phoenix mother gave birth in a car, but not in the way one may assume—she was the one driving.

Shannon Geise’s fifth child was due. Around midnight on Wednesday, Nov. 8, her water broke. She thought she still had a few hours before contractions were to come. So she took a shower and started to pack. But the contractions came earlier—and harder—than she expected.

She jumped into the family’s SUV and was on her way to the Abrazo Scottsdale Campus hospital. Yet, at 1:23 a.m., when Geise was only some five minutes from the hospital, little Sebastian couldn’t wait anymore.

“I had to pull over because I had a contraction that would not stop,” Geise told Fox 10. “I was involuntarily, basically, pushing. The first time my body just pushed, I felt him go down. The next time, his head came out, and then I pushed two more times, and his shoulders and everything came out, and I was kind of just in shock: ‘This is not happening to me. This is not happening’.”

Birthplace: SUV-Baby Sebastian couldn't wait- his mom delivered him herself as she was driving to the hospital to give birth #fox10phoenix pic.twitter.com/EmLFQsFhk6

Sebastian was out in about a minute. Geise rubbed his back and he started to cry. She then called 911. Meanwhile, her 17-month-old daughter was watching TV in the back seat.

“They’re like, ‘Do you need an ambulance? Are you going to keep going?'” Geise said. “I was like, ‘Honestly, it would be quicker for me just to go’.”

She drove the rest of the way to the hospital.

The boy was 39 weeks, weighing 6 pounds, 7 ounces. Apart from the dramatic circumstances, he was born without complication. Geise plans to drive him from the hospital herself on Thursday.

"Speedy delivery"- mom in labor drives herself to hospital, ends up giving birth to healthy baby boy in front seat of her SUV #fox10phoenix pic.twitter.com/GgMHNCLJTj