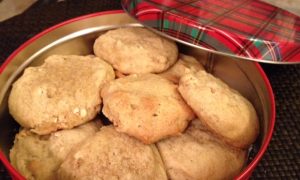 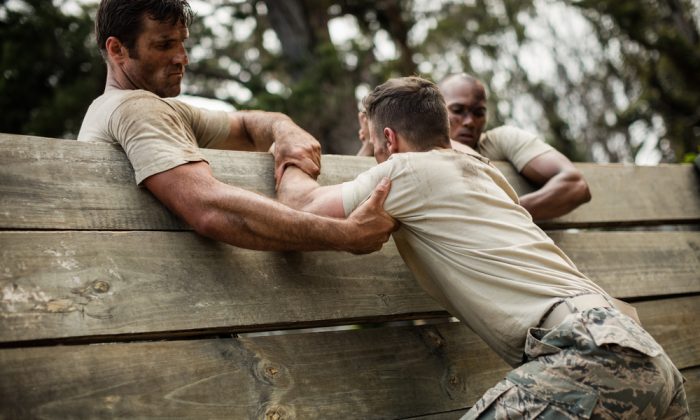 People were once conditioned to sacrifice immediate pleasure in exchange for a better future, but we’ve long since lost our sense of impulse control.
Mind & Body

Willpower Is Not Enough

Willpower is the ability to tolerate an uncomfortable situation in pursuit of a goal.

Many turn to this ability to crush a bad habit or adopt a better routine. The idea is that if we resist our unseemly urges long enough, our deviance will disappear.

It’s a popular strategy, but usually not a successful one. Think about all those failed New Year’s resolutions. They start with high hopes and good intentions, yet most end in defeat by February.

People often blame their flaws, and their failure to fix them, on a lack of willpower. Research confirms it. The prevailing wisdom is that willpower behaves like a muscle—strong at first, but it wears out with repeated exposure to temptation. This phenomenon is known as ego depletion. It explains why, despite early enthusiasm, we eventually cave to our old ways.

But recent research is challenging the ego depletion idea and suggesting we may actually be weakening our will with it. One study from Stanford University found that people who believed that willpower was a limited resource gave up much easier than those who didn’t hold such a belief.

It’s clear that we need discipline and commitment to reach our goals. Studies show that children who are better at delaying their gratification become more successful later in life. But is this a skill we can learn? And how long do we have to hold out before we see the change we hope for?

According to organizational psychologist Benjamin Hardy, the problem isn’t with simply our will, but our environment—all the factors our will is forced to fight against. In his book “Willpower Doesn’t Work: Discover the Hidden Keys to Success,” Hardy examines how our surroundings shape our habits, and the power we hold to shape our environment.

“If you change your input, you can change your output, so stop putting all the pressure on yourself and start paying attention to everything around you,” Hardy said.

Of course, it is easy and dangerous to overemphasize this perspective. People aren’t simply a product of their environment. People from the same community facing the same hardships can have vastly different life outcomes because of the impact of their beliefs. We will get to that later. But for now, it’s critical to understand that we can make changes to our circumstances that will support our choices.

We see ourselves as independent beings, but our environment also molds us at every moment. The media you consume, the time and place you live in, the education you receive, and everyone you associate with are all constantly influencing your decisions.

Ignore the effect of this context and maintaining willpower becomes a study in futility for many people. Trying to overcome an obstacle in the midst of the same forces that created the obstacle is like trying to roll a boulder uphill: No matter how hard you push, you will inevitably return to the status quo.

However, if we can recognize the factors that hold us back, we may be able to create conditions that push us toward something better.

Addiction therapists understand this concept. While addicts were once told to simply tough it out, experience has shown that recovery is much more likely when they shift their focus to environmental changes: avoiding the people and places that trigger use, seeking a support network that helps to hold them accountable when their will grows weak and admitting to others that they have a problem.

But just as environmental change can help heal an addiction, it can also cause them. Think of all the forces in our world today that chip away at our will. Would we have an obesity epidemic if junk food wasn’t so cheap and plentiful? Would we sit so much if we didn’t have televisions, computers, and smartphones to keep us occupied? Would we have an opioid epidemic if pharmaceutical companies didn’t pump the drugs into communities and encourage doctors to prescribe them?

We must take responsibility for our actions, but just how free is our will? Once you consider the impact of outside influences, it’s tempting to cut yourself off from the world entirely.

However, a more practical approach is to be more mindful of your choices.

You can’t change everything in your environment, but you have the power to alter more than you might realize. Get rid of things you don’t need. Keep your phone out of reach. Turn off the TV. The list is endless, but the concept is simple.

“Eliminate distractions,” Hardy said. “They are weeds cluttering the garden of your mind.”

Getting rid of distractions requires diligence, so why should we waste our precious willpower on such tiny concerns? Because little efforts can pay off big. If we can eliminate all the manageable factors working against us, we have a better chance against the obstacles that may be beyond our control.

People have always struggled with distraction, but the dynamic is more insidious than ever. When life becomes hard, we have an endless variety of distractions at our disposal. These brief sensory pleasures are a major obsession in modern culture, and they demonstrate addictive chemical signatures similar to substance abuse.

People were once conditioned to sacrifice immediate pleasure in exchange for a better future, but we’ve long since lost our sense of impulse control. According to Karen R. Koenig, an author and psychotherapist specializing in eating disorders, this ability has been deteriorating for generations.

“Many parents don’t have the abilities to defer satisfaction, so they can’t teach it to their children,” she said.

Koenig calls for learning other lost life skills that can help boost our motivation and close the void we now fill with momentary pleasures. Instead of relying on willpower to push away the bad, Koenig says we must actively embrace the good. Learn to manage your emotions, build and maintain relationships, and balance work with play.

“We succeed when we focus on what we’ve accomplished, not on what we haven’t or what we have left to do,” she said. “This mindset leads to success, no willpower needed.”

Any culture with a moral code has a concept of self-control. Willpower is similar, but not the same. It’s more like a mechanism than a quality of character.

Preeminent willpower researcher and psychologist Roy Baumeister traces the idea of willpower to the Victorian Age—a time when traditional values began to give way to the growing influence of science and industry.

In his book “Willpower: Rediscovering the Greatest Human Strength,” Baumeister and co-author John Tierney explain that Victorians worried about the moral decay they witnessed in society, so they sought some tangible force that could “protect even an atheist.”

“They began using the term ‘willpower’ because of the folk notion that some kind of force was involved—some inner equivalent to the steam powering the Industrial Revolution,” they write.

We all have a sense of willpower, but why do some people seem to have so much more of it than others? The difference may lie not in the amount of force, but in the quality that sustains it: a strong sense of purpose.

It’s easy to imagine a goal, but according to consultant and leadership coach Lisa Sansom, we need to consider why we are making the goal if we can ever hope to see it through.

“What is important about losing 20 pounds, or about having an organized bedroom, or about following a vegetarian diet, or whatever the goal is?” Sansom asked. “When we know our values and motivation, it can connect us in a deeper way to the goal.”

If your will is weak, consider the source of your motivation. If your reason for quitting smoking is simply to get your spouse or doctor to stop nagging you, then it can be harder to muster the willpower necessary to meet the goal.

However, if you’re personally motivated by the prospect of better health, Sansom says you are more likely to follow through in a consistent way.

Hardy’s recommendation for refining a sense of purpose is to adopt a morning routine.

For many of us, mornings can be a miserable time, and forcing ourselves out of bed a half-hour earlier for a better routine takes considerable effort. But Hardy believes mornings are a precious opportunity. They give us some breathing room, before outside influences have a chance to interfere, and allow us to adopt a new mindset.

“Morning routines are important for success because, according to psychology science, how you start something is generally how you finish something,” Hardy said. “If you start losing first thing in the morning by not doing what you said you would do, then you won’t have confidence throughout the rest of your day.”

If you start your day with the news or scrolling through your social media, you’re giving this precious moment to an outside agenda. Hardy’s morning routine is about tuning in to your inner agenda. It consists of two activities: meditation and journaling. Meditation gives us a clean slate, and journaling allows us to refine our goals and explore the motivation behind them. Together, they provide a sense of purpose that can empower our will for the rest of the day.

People who rely on the mechanism of willpower alone to meet their goals often fall prey to all-or-nothing thinking. If they stumble, they give up. Because their strategy is fragile, only perfection will do.

However, those guided by a clear purpose can see the big picture. For them, failures are just a bump in the road.

“You cope with failures by continually reconnecting with your deepest ‘why,’” Hardy said. “You also just keep moving, because with small wins comes confidence.”