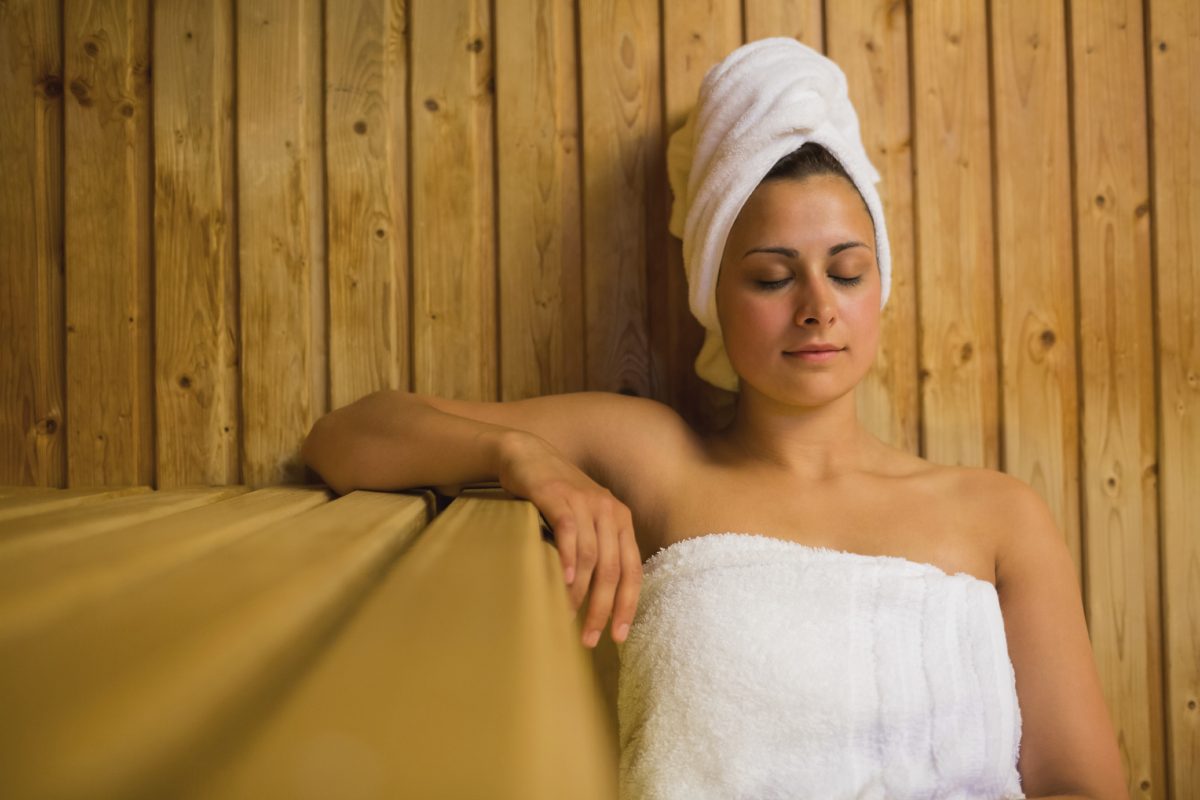 In Finland, where saunas are a cultural cornerstone, a large study has found some remarkable associations between sauna use and lower disease risk. (Wavebreakmedia/iStock)
Better Living

Why You Should Treat Yourself to Regular Saunas

Saunas offer some remarkable benefits that are surprisingly similar to exercise
BY GreenMedInfo TIMEApril 1, 2022 PRINT

Want to enjoy many of the same benefits as a bout of vigorous exercise, extend your “healthspan” and protect your brain and heart health—all while relaxing in warm comfort? Treat yourself to a sauna!

Could a treat as luxurious as a sauna really be good for your health? It sounds too good to be true, but this is one instance where you can indulge guilt-free because sauna bathing is an excellent addition to your healthy lifestyle. Enjoyed for thousands of years in Finland for both pleasure and relaxation, modern research shows sauna usage is beneficial for circulation, heart health, immune system function, and more.

The temperatures in a sauna typically range from 113 degrees F to 212 F (45 C to 100 C), and it’s this short-term, intermittent exposure to heat that yields so many benefits to human health. Since ancient times, people have been “bathing” in heat for cleansing and healing purposes.

The practice induces mild hyperthermia, and this temporary heat stress increases your body’s core temperature, leading to a thermoregulatory response that ultimately helps restore homeostasis while strengthening your body against future stressors.

Healthspan refers to the number of years in your life that you’re healthy, and sauna bathing may help extend it. When your body is exposed to the heat stress of a sauna, it activates the expression of beneficial heat shock proteins (HSPs), which promote the regrowth of muscle and are associated with human longevity.

HSPs play a role in immune function, cell signaling, and cell-cycle regulation, while also promoting proteome homeostasis, the loss of which is a hallmark of aging. Sauna usage is also beneficial because, like exercise, it induces hormesis—a term that describes the positive effects of short exposures to environmental stressors.

For instance, the KIHD study found that men who used a sauna two to three times per week had a 27 percent lower risk of cardiovascular disease than men who only used it once a week, while those who enjoyed a sauna four to seven times per week lowered their risk of cardiovascular disease by 50 percent. Even the risk of all-cause mortality declined by 40 percent among frequent sauna users compared to infrequent users.

Frequent sauna baths may also reduce the risk of both acute and chronic respiratory diseases while lowering blood pressure. Sauna baths lead to a significant increase in nitric oxide metabolites, with researchers suggesting that this increased production of nitric oxide may lead to improved vascular relaxation and blood flow.

Even one sauna session is enough to lower blood pressure, with the benefit extending at least 30 minutes afterward, leading researchers to suggest, “Sauna use may serve as a non-pharmacological means to address, or even prevent, hypertension,” in a 2021 article published in Experimental Gerontology.

Overall, sauna therapy may be useful for at least 29 conditions, while regular sauna users may enjoy:

Mental health benefits are also apparent, with frequent sauna users (four to seven times per week) experiencing a 77 percent reduced risk of developing psychotic disorders, the KIHD study found. In terms of healthy aging, markers of inflammation are known to increase as you get older, but sauna usage helps reduce inflammation, including lowering levels of C-reactive protein.

The heat stress from sauna usage also increases the expression of brain-derived neurotrophic factor, which promotes the growth of new neurons. A review in Experimental Gerontology highlighted many additional benefits of regular or frequent sauna use, which include protection against:

Mimic the Effects of Exercise

While sitting in a sauna can’t give you all the same benefits as a bout of vigorous exercise, there are many similar benefits, notes the Experimental Gerontology review.

“Interestingly, many of the physiological responses to sauna use … are remarkably similar to those experienced during moderate- to vigorous-intensity aerobic exercise, and sauna use has been proposed as an alternative to aerobic exercise for people who are unable to engage in physical activity due to chronic disease or physical limitations.”

In a comparison of 45 minutes of infrared sauna use or 45 minutes of indoor bicycling among healthy women, similar responses were seen for blood pressure, arterial stiffness—a biomarker of vascular aging—and heart rate variability, higher levels of which are associated with a greater capacity of the cardiovascular system to respond to stress.

In another example, which compared a 25-minute sauna session to an exercise session, researchers concluded that the acute heat exposure was comparable to moderate physical exercise, and the resulting sustained decrease in blood pressure that occurred after sauna usage “suggests that the sauna bath will have a beneficial effect on the cardiovascular system.”

Ideally, however, rather than replacing exercise with sauna usage, your best bet may be to enjoy a sauna after you exercise. The combination of both regular exercise and frequent sauna bathing has even more health benefits—and more protection against mortality risk—than either exercise or sauna usage alone.