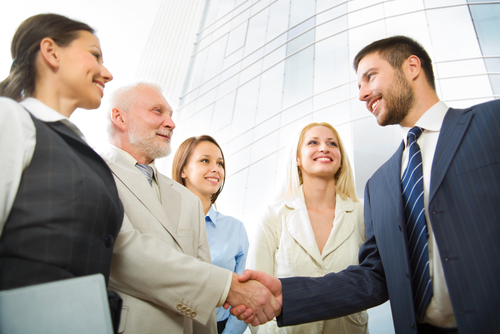 Having good etiquette gives you influence and makes people want to associate with you. (Konstantin Chagin/Shutterstock)
Mind & Body

In the digital age, old-school courtesy still key to success, peace of mind, and a better world
BY Conan Milner
TIMEJune 21, 2020

Author Danny Wallace just wanted a hot dog. He went to a diner, paid, and waited for an hour, but the food never came.

When he politely asked what was taking so long, he was kicked out for being a nuisance.

The incident haunted Wallace for days afterward. He turned to a review website to vent his frustration, and punish the restaurant that had treated him so unfairly. When his tale of bad service turned into an 85,000-word diatribe, he decided to explore the influence of rudeness on a deeper level.

For his book, “F You Very Much: Understanding the Culture of Rudeness—and What We Can Do About It,” Wallace looked to studies that explore the psychological and sociological impact of rude behavior.

Some researchers describe rudeness as a kind of contagious neurotoxin. Anyone who has been the target of rudeness knows how devastating it can be. It can prey on your mind, and even twist your thinking. Suddenly, everyone seems out to get you.

“It’s why we sometimes assume people are being sarcastic or mean in emails, when, in fact, they aren’t,” Wallace said. “But it’s not your fault. You’ve just been infected.”

The reason that rudeness stings so badly is that it falls below the standards of basic decency—thinking of others, waiting our turn, and saying “please” and “thank you.” When someone breaks these sacred rules with us, we’re both offended and confused. Why did they do that? And why to me?

It can be either cruel and deliberate, or just plain inconsiderate. Rudeness is a display of disrespect, and it brings out our worst.

“It plays to our baser instincts,” Wallace said. “We immediately want revenge of some kind.”

Even if we’re able to control our impulse to retaliate, science has shown that rudeness still harms our ability to concentrate and make decisions. It doesn’t just ruin your day—the ripple effect can have serious consequences. One study found that a moment of rudeness temporarily reduces a surgeon’s ability by 50 percent.

Some researchers describe rudeness as a kind of contagious neurotoxin.

If rudeness impairs our thinking, Dr. Joyce Mikal-Flynn, an associate professor at California State University–Sacramento, believes good manners may improve it. That’s why she encourages decorum in all her courses, but especially her neuroscience class.

“In brain science, manners influence our happy neurotransmitters and allow for great personal connections,” Mikal-Flynn said. “From a biochemical basis, manners make a difference. It gives people a sense of security and pleasure.”

On the first day of class, as Mikal-Flynn lays out her syllabus, she talks to her students about punctuality and speaking to each other with respect. She takes inspiration from the Ritz Carlton motto—“We are ladies and gentlemen serving ladies and gentlemen”—and says students respond immediately to the higher standard.

“I want to set a positive tone because it really does make a better learning environment,” she said.

But if we respond so well to good manners, why has rudeness become so prevalent? Wallace points to the highly polarized views that have emerged in our culture, where common ground is hard to find, and politeness is often perceived as a sign of weakness. Modern pop culture just adds fuel to the fire.

“[With] the rise of social media and reality television—both arenas in which punchy, snarky put-downs and telling it like it is thrive—you have a perfect greenhouse in which to let rudeness grow,” Wallace said.

The Power of Respect

It may seem like a small thing, but good manners may be fundamental to success. Paige Arnof-Fenn, CEO of marketing firm Mavens and Moguls, says she has won much of her business just for being polite. One client actually told her he hired primarily for manners because everything else can be learned on the job.

Arnof-Fenn credits her good manners to growing up in the southern United States—a region where old-fashioned pleasantries have managed to survive. But she insists you don’t have to be a Southern lady or gentleman to rise above the current standard.

“It is amazing how low the bar actually is today,” Arnof-Fenn said in an email. “Just getting back to someone by the end of the week, when that is what you committed to, can be considered good manners.”

This scarcity of civility is what inspired Maryanne Parker to found Manor of Manners—a San Diego-based company that specializes in international etiquette and protocol training for children and adults. Parker previously worked in corporate finance. She traveled the world but found the same thing wherever she went: Otherwise talented business people lacking in basic diplomacy were sabotaging their own success.

“The way we treat each other is very crucial, otherwise, we’ll be living in a chaotic world.”
— Maryanne Parker

Parker describes manners and etiquette as a sophisticated language. There are rules, of course, but they’re easy to pick up and accessible to anyone. Best of all, they serve a noble purpose: To make those around you feel at ease.

“Etiquette is influence. It makes people want to associate with you,” Parker said.

Codes of social conduct have been enforced throughout antiquity, but Parker traces the roots of modern manners and etiquette to Louis XIV. The great French “Sun King” of the 17th and early 18th century, Louis was able to keep his court in line simply by making them adhere to a strict canon of dress and decorum. Nobles were so busy practicing the king’s complex system of social rules that there was never time to plot a revolution.

As kings gave way to elected officials, much of the formality was abandoned, and the culture took on an increasingly casual character. But in the process of losing the stuffy rituals of the past, we’ve also lost the heart of good manners—showing respect.

“People don’t realize that knowing how to behave and how to communicate is very beneficial,” Parker said. “The way we treat each other is very crucial, otherwise, we’ll be living in a chaotic world.”

And when it comes to etiquette, it’s not so much about which fork to use or how to properly pass the pepper. More formal occasions may require a few more rules, but respect is the true goal no matter the event. Simply focus on the basics, Parker says: Smile, be punctual and sincere, and dress appropriately. Ask politely for guidance if you’re not sure what to do. When you’re introduced to someone new, stand up and shake hands.

“Those elements add up,” Parker said.

The opportunity to practice these social niceties is lost when so much of our interaction now takes place online. And it may be another reason why rudeness is especially vicious there. Although we often hear it’s anonymity that emboldens internet users to broadcast nasty comments, it may have more to do with facing a screen. Research has shown it’s much more difficult to be rude to someone if you look into their eyes.

One of the ways that Mikal-Flynn ensures good manners in her classroom is by having everyone put away their gadgets. Students may grumble at first, but they end up being much more engaged in the discussion. To make it stick, Mikal-Flynn applies the standard to herself.

“If my phone goes off in the classroom, that’s rude, and everybody in the class will get five points,” she said.

It’s hard to show respect to others around you if you’re constantly staring at your phone.

It’s hard to show respect to others around you if you’re constantly staring at your phone. But it’s also easy to justify—if everyone else is doing it, we might as well, too. We copy the behavior of our role models, whether they’re good or bad.

However, if we all insist on a higher standard of behavior, rudeness can’t survive. Likewise, we have a duty to call out rudeness when we see it, as long as we do so politely, says Wallace. Otherwise, the contagion will spread.

“Calling it out reminds people they are dealing with society at large and for it to work properly we have to have empathy and think of others,” he said. “There is a choice: If we want to keep our civilization, we can choose to be civil.” 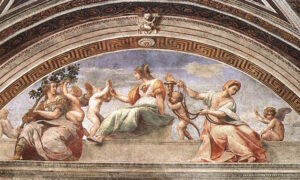 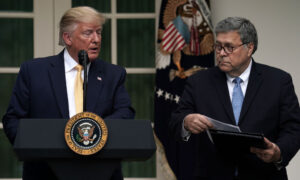