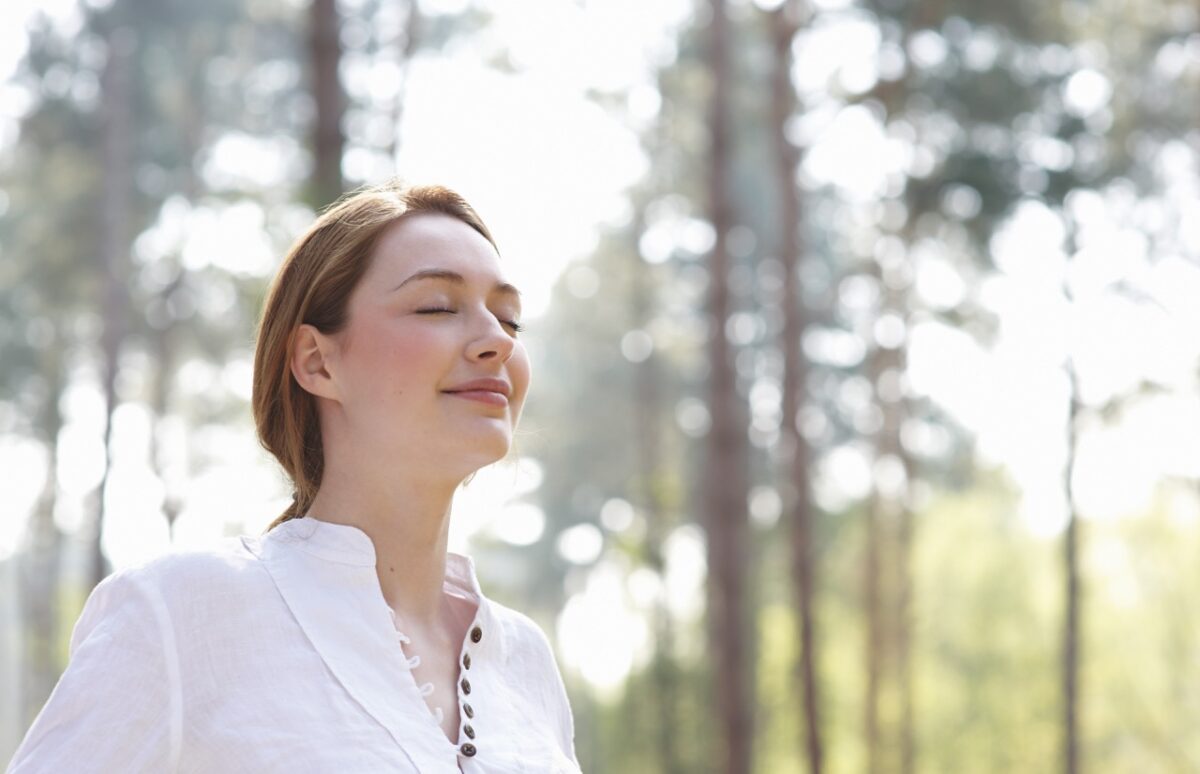 What White Colored Foods Can Do for Lung Health

After the outbreak of the COVID-19 pandemic, there have been many patients with the “long COVID” whose lungs and respiratory tracts suffered lasting effects from the attack of the SARS-CoV-2, leaving them with persistent symptoms of dry mouth, itchy throat, and coughing easily.

Dr. Kao Hao-Yu, attending physician at the Department of Traditional Chinese Medicine at MacKay Memorial Hospital, treats these patients with a remedy containing lily bulbs. A positive side benefit they’ve seen as their symptoms improve is that they also sleep better now.

Traditional Chinese medicine believes that food plays an important role in curing and healing, and white lily bulbs are one of the foods that nourish the lungs. As confirmed by modern medicine, other white-colored foods also have the effect of nourishing the lungs and protecting the respiratory tract.

5 White Foods That Are Beneficial for the Lungs

White-colored foods include yams, snow fungi, lotus roots, lily bulbs, and pears. These foods are mostly slippery to the touch, and some have mucilage. According to Dr. Kao, traditional Chinese medicine considers the lungs as “delicate organs,” which are easily injured, so they should be protected in a nourishing way.

Modern medicine believes that these white-colored foods contain polysaccharides, organic sulfides, and polyphenols, which have antioxidant and anti-inflammatory effects. They are beneficial not only for the lungs but also for the entire body.

Each of these five white-colored foods has its own outstanding effects.

Lily bulbs, as traditional Chinese herbal medicine, are taken from the fleshy scaly leaves of the lily plant, and have a history of thousands of years of medicinal use. In traditional Chinese medicine, lily bulbs are associated with the heart meridian (emotional and mental system) and the lung meridian (respiratory system), which can moisten the lungs and stop coughing, clear the heart, calm the mind, and promote restful sleep.

Dr. Kao pointed out that lily bulbs are a very common herb used in clinical practice to treat patients with lung problems.

In addition to alleviating the symptoms of long COVID patients, lily bulbs can also be used to improve the coughing caused by smoking. In an experiment conducted at Kyung Hee University in South Korea, mice that were exposed to cigarette smoke (CS) were fed some lily bulbs, which were found to significantly reduce the immune cell abnormalities in the mice. At the same time, the inflammatory substances in the mice were also reduced.

The study showed that lily bulbs can reduce the lung inflammation index and increase the lung function of CS-exposed mice.

Snow fungus, also known as silver ear fungus, is used in traditional Chinese medicine to heal coughs caused by heat and dryness in the lungs, gastrointestinal dryness, and constipation. Patients who often suffer from a dry mouth and tongue usually have dry lungs, according to Dr. Kao. He recommends these patients to eat some snow fungi, to improve their dry mouth and constipation.

Modern nutriology has discovered that snow fungus is rich in soluble fiber, which serves as food for the good bacteria in the intestines, thus promoting their growth. Snow fungus also contains polysaccharides, which not only boost immune function, but also help fight lung cancer.

The International Journal of Biological Macromolecules published a cellular experiment that found that the use of Auricularia polytricha polysaccharides on lung cancer cells inhibited the progression of these cells. Dr. Kao explained that cancer cells have a cycle of proliferation and progression from G0 (resting state of cancer) and G1 (slow growing and less likely to spread) stages to the next stage. According to Dr. Kao, Auricularia polytricha polysaccharides can make cancer cells remain at G0 and G1 stages.

A lotus root is the underground stem of a lotus flower, and is one of the foods used to nourish and moisten the lungs in autumn, according to the theory of traditional Chinese medicine. This is because the dry air in autumn tends to damage the lungs. As lungs are connected to the nose, weak lungs can easily lead to nasal allergies and a dry, itchy throat. Therefore, it is important to moisten the lungs.

The lotus root itself is rich in dietary fiber, vitamin C, and polyphenolic compounds. Modern research has confirmed that lotus root has antioxidant activity, as well as immune enhancement and anti-inflammatory activity, which can improve inflammation such as allergies. A Japanese study found that the use of lotus root powder alleviated nasal allergy symptoms in mice, such as hair loss and redness around the nose, which may be related to the inhibition of inflammatory substances by lotus root powder intake. The researchers believe that these results suggest that lotus roots can be used to treat allergies, such as hay fever or food allergies.

Yams are both a medicinal herb and food item, and are often used as lung-moistening food. Yams can nourish the lungs and benefit the kidneys, and its consumption can be helpful for patients who are prone to allergies and have phlegm.

Dr. Kao pointed out that some patients undergoing Western medical treatment, such as cancer patients after chemotherapy, have diarrhea and wheezing. He said that the use of yams, together with qi-tonifying medicines such as ginseng, can alleviate these symptoms.

In addition, a mixture of yams with epimedium can significantly improve breathing difficulties, exercise capacity, and quality of life after three months of use by patients with chronic pulmonary obstruction.

During the COVID-19 pandemic, some traditional Chinese medicine (TCM) practitioners also used a lung-clearing and detoxifying soup with yams and tangerine peels to treat confirmed patients. In this battle against the pandemic, yams were one of the most frequently used herbs by TCM practitioners.

Studies have shown that Asian pear varieties contain larger amounts of phenolic substances, arbutin, and chlorogenic acid than Western pears. The nutrients of pears are concentrated in their peel. Eating a whole pear has better results than supplementing individual nutrients, because the anti-inflammatory effect of pears seems to be related to the combination of multiple nutrients.

Another study from Taiwan found that taking a pear-based respiratory care formula stimulated the phagocytosis (ingesting of bacteria) of macrophages to remove PM2.5 particles. It also significantly improved the expression of genes related to allergies, lung diseases, and DNA repairs in pneumocytes, helping with cancer prevention.

The Best Sweeteners to Use to Protect Lungs

Rock sugar and honey can be added to white-colored foods such as lily bulbs, snow fungi, pears, lotus roots, and yams to increase their lung moinstening effect. According to traditional Chinese medicine, both rock sugar and honey have the effect of moistening the lungs and relieving coughs. Dr. Kao added that honey can also relieve abdominal pain, lubricate the intestines, and loosen bowels. However, patients with gastroesophageal reflux should be careful when eating these foods.

Lily bulbs and snow fungi can be cooked together to make a sweet soup.

Recipe: Prepare 25 grams of lily bulbs, 1 snow fungus, and 50 grams of lotus seeds. Wash and soak them until they become soft. Then put them into a soup pot, cover with water, and simmer; and finally season them with rock sugar.

According to Dr. Hu Naiwen, a traditional Chinese physician at the Shanghai Tongde Chinese Medicine Hall in Taipei City, Taiwan, this lily and snow fungus soup is very effective in protecting the lungs and preventing colds. He suggested that we can stew it for a longer period of time, so that the gel of snow fungus dissolves into the soup, making it even more effective in moisturizing the lungs.

Recipe: Cut open a pear down the middle, and scoop out the seeds in the middle and some of the pulp. Then stuff the hollowed pear with some rock sugar, tendril-leaved fritillary bulbs, and almonds. Steam the pear in a pot for 40 to 50 minutes. After the rock sugar melts, and the pear is fully cooked, this delicacy is ready to serve.

The combination of rock sugar, tendril-leaved fritillary bulbs, and almonds not only nourishes the lungs, but also enhances the effect of resolving phlegm. When the phlegm problem is resolved, the coughs caused by phlegm will naturally be cured.

First, boil several lotus roots and then chop them into small pieces. Drizzle honey onto the lotus root pieces before consumption. Or, you can brew lotus root powder with honey, which can improve respiratory conditions, moisten the intestines, treat constipation, and protect the gastrointestinal tract.

Yams can be cooked with jujubes, wolfberries (also known as Goji berries), and rock sugar to make a sweet soup. Yams can also be sliced, cooked and cooled, then served after being drizzled with honey.

Dr. Kao reminded us that these foods can be eaten even if you have no lung problems. However, for people with a deficient constitution, or those who are prone to diarrhea after consuming these foods, he suggested adding some ginger or jujube when eating white-colored foods.