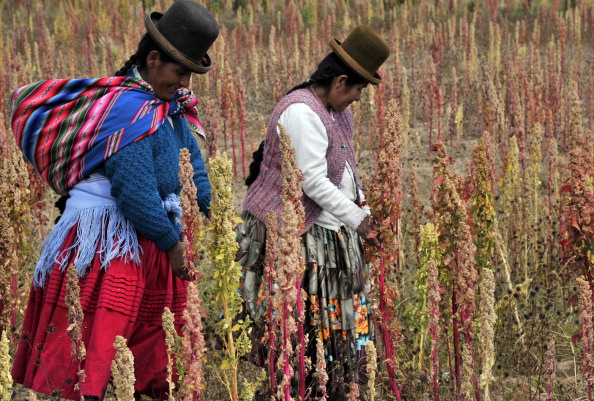 Trends in the food world come and go, but there are some overarching themes with staying power—health and sustainability being major ones.

We take a look at some of the themes that were strong in 2013 and will continue to pave the way in 2014 and beyond.

Gluten-free foods are here to stay, said Specialty Food Association editor Denise Purcell. Between the 3 million people who suffer from celiac disease and others who eat gluten-free as a lifestyle choice or for weight loss, gluten-free products are now found across all categories, from artisan bread to beer. “I wouldn’t even call it a trend. It’s lifestyle movement at this point,” she said.

Purcell started noticing gluten-free products about seven years ago, at a time when people needed products to address their food intolerances. Now, she said, gluten-free foods are entering a second phase, with the focus falling on taste. “Now, you don’t taste the difference as much. The quality is there. People don’t feel like they’re missing something.”

Though the gluten-free label continues to be voluntary, in August the FDA published a regulation defining what “gluten-free” means: a food must contain less than 20 parts per million of gluten. Food manufacturers will have until August 2014 to bring their labeled products into compliance.

In other trends, ancient grains continue to make their comeback, with quinoa leading the pack. The U.N. Food and Agriculture Organization (FAO) hailed 2013 the International Year of Quinoa.

It was about 20 years ago that NASA extolled the grain’s praises for astronauts on space missions due its high protein value and unique amino acid composition. “While no single food can supply all the essential life sustaining nutrients, quinoa comes as close as any other in the plant or animal kingdom,” according to a 1993 NASA technical paper assessing its potential.

Now you can find quinoa burgers, quinoa milk, and even fair-trade vodka made from organic Bolivia quinoa.

Other grains that are making a comeback include amaranth, which was a staple in the diets of pre-Columbian Aztecs. Teff, a minuscule grain about the size of a poppy seed, was long cultivated in Ethiopia and Eritrea, and used to make injera, a spongy flatbread.

Forget potatoes. Chips are now made of lentils, beans, or hummus. Healthy snacks are huge, for adults and children alike.

Vegetables are popping up in different snacks, said Purcell, from spinach and kale pops sweetened with fruit juice; or Dan Barber’s yogurt line with vegetables. “Some vegetables have a sweetness to them, like carrots,” Purcell said. Numi Organic Tea, for example, makes a line of teas made with vegetables and herbs, like beet-cabbage and tomato-mint.

Interest in non-genetically modified foods continues. “On both sides of the issues, people are becoming more aware,” said Purcell.

In March, Whole Foods Market committed to labeling all its GMO products by the year 2018 in its U.S. and Canadian stores. In September, a blog update mentioned being in discussion with its suppliers: “They know that by 2018, they will either need to label any product they sell to us as certified Organic or Non-GMO Project Verified or as containing GMOs.”

The NYC greenmarkets not only offer local produce, meat, and fish, but also locally grown and milled flour. Greenmarket bakers use 65,000 pounds of local flour each month, according to the website. Brooklyn Brewery was recently named a finalist for the 2014 Good Food Award for its Greenmarket Wheat, sourced via the farmers market.

Micro-distilleries have popped up in New York state ever since then-governor Eliot Spitzer signed the Farm Distillery Law, which offered a reduction in licensing fees. Today, there are about a dozen micro-distilleries on the Brooklyn Spirit Trails, including Cacao Prieto (rum) and Breuckelen Distilling Company (gin and whiskey).

The restaurant world mirrors both the interest in health and sustainability.

According to a survey by the National Restaurant Association of nearly 1,300 chefs in the American Culinary Federation, the following trends seem to be holding steady since the 2009 survey: locally grown produce, healthful children’s meals, gluten-free cuisine, sustainable seafood, and ancient grains, among others.

“Today’s consumers are more interested than ever in what they eat and where their food comes from, and that is reflected in our menu trends research,” said Hudson Riehle, senior vice president of the National Restaurant Association’s research and knowledge group, in a statement.

“True trends—as opposed to temporary fads—show the evolution of the wider shifts of our modern society over time, and focus on the provenance of various food and beverage items, unique aspects of how they are prepared and presented, as well as the dietary profiles of those meals.”

Some of the hot trends listed in the survey actually find their origins in old traditions: pickling, fermenting, and root-to-stalk, and nose-to-tail cooking, for example.

The influence of ethnic cuisines is also found in appetizers (tempura, taquitos), dips, and breakfast—whether those breakfast dishes were more influenced (coconut pancakes, for example) or traditional (like huevos rancheros or shakshuka). The chefs also listed Peruvian, Korean, and Southeast Asian cuisines as being hot.

Italian, French, and Mexican cuisine received lower marks for hot trends, but were all identified as perennial favorites.

Despite a consumer trend toward health-oriented foods, the forecast for 2014 for all-time pleasers included fried chicken, frying, barbecue, eggs Benedict, and comfort food.

A head scratcher? Not necessarily, as anyone who will be keeping New Year’s resolutions about eating healthy will be reminded of. For every kale salad, there’ll be fried chicken, and for every naturally sweetened almost-good-for-you-dessert, there’ll be a cronut. Hurray for choices, and Happy New Year.